The rabbi at San Diego State's Chabad House gives a lesson in forgiveness rather than turning thieves into police. 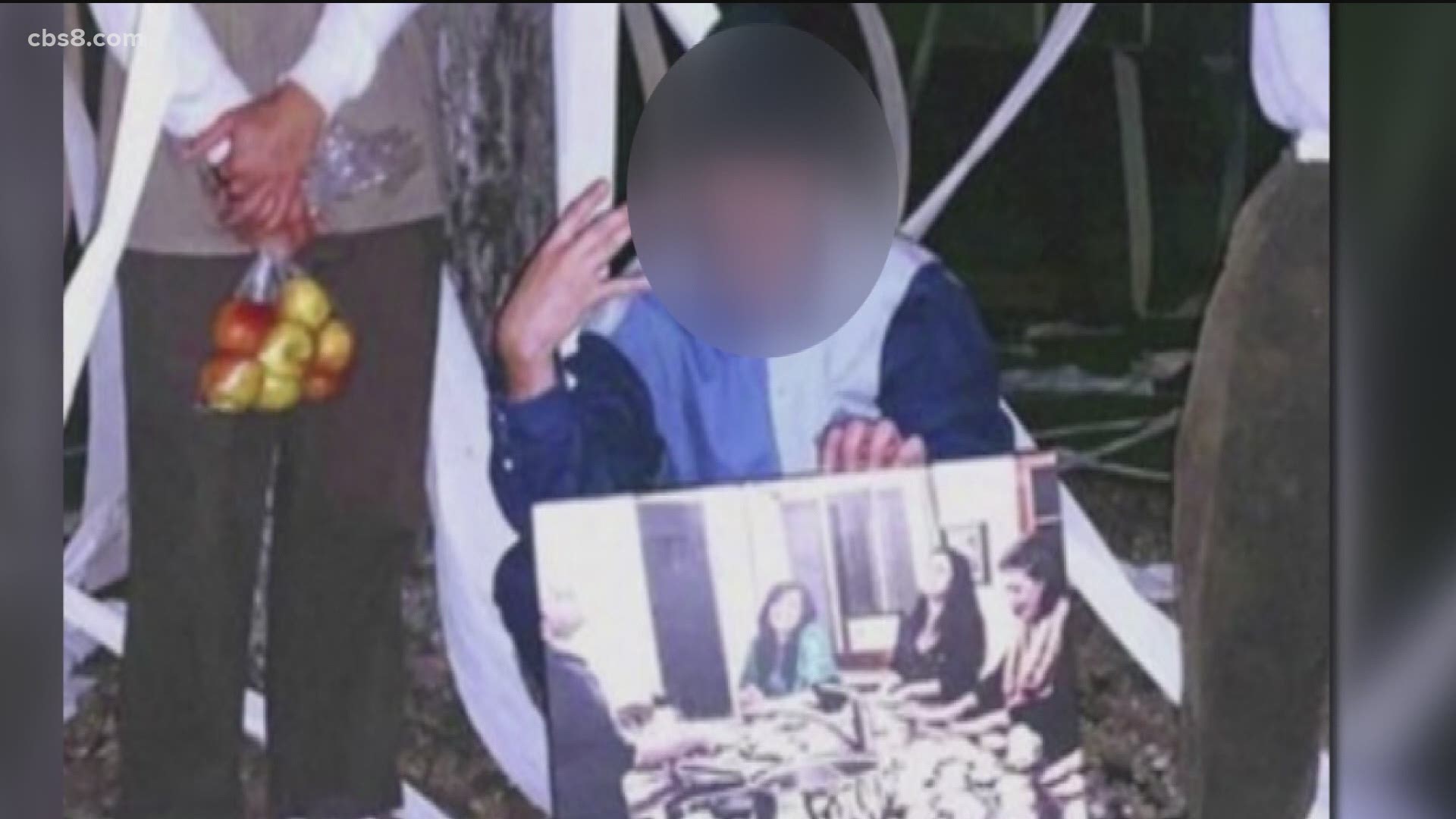 SAN DIEGO — A local rabbi opened his heart and gave a group of thieves a second chance, only to have one of them mock him online.

Two weeks ago, surveillance video caught thieves stealing from the Chabad House at San Diego State University. No one has been arrested because the rabbi says he wants to give them a second chance.

"Instead of going to police and coming down hard. I would like to a show some compassion," said Rabbi Chalom.

Rabbi Chalom Boudjnah reposted a picture on Facebook of a suspected thief who posted about stealing from the Chabad House at SDSU and then bragging about it on social media.

Rabbi Chalom says this was after the thieves heard they’d been identified from surveillance video and returned the stolen sentimental pictures.

The rabbi says instead of turning them into police he wanted to teach them a lesson. They agreed to write a letter of apology and commit to 10 volunteer hours. But then one of the suspects reposted about the theft and mocked the rabbi.

“I think the biggest lesson of all that people will do this kind of thing and next time destiny won’t be so kind,” said Rabbi Chalom. “When you do get a second chance grab it by the horns and appreciate it.”

News 8 has learned the man in the photo is not a student but the rabbi says some of the suspects were SDSU students and they apologized again after the man mocked him.

In March, a swastika was scribbled on a dorm wall. In 2019, the day before the start of the fall semester, white nationalist flyers and stickers were found on campus.

“This is probably the dozenth incident that we've had at San Diego State over the past few years and there is not a climate right now of welcome for Jewish students,” said Tammy Gillies, San Diego Anti-Defamation League Regional Director.

She says anti-Semitic incidents in California rank the third highest in the U.S.

In March, SDSU created an Antisemitism Task Force and is partnering with the ADL and the Hillel to create topic courses in its Jewish Studies program related to Antisemitism in America as well as reporting system.

“We need a space where students faculty can feel comfortable reporting incidents that happen and what do what do to move forward,” said Gillies.

Jewish advocates say no matter the intent of Antisemitism, it’s about the impact of incidents like this theft can have on Jewish students.

“We all try to forgive each other to help each other and come out better,” said Rabbi Chalom.

SDSU has created a Presidential Task Force on Addressing Antisemitism, and will be developing new special topics course in the Jewish Studies Program related to antisemitism in America. The task force will soon begin meeting and has a charge of creating a recommended protocol for how to react to incidents of antisemitism, hate and bias toward members of the Jewish community on campus, or toward the Jewish community as a whole. The task force will also identify strategies to create a more Jewish-inclusive campus, and provide recommendations on programs, events, and learning opportunities that highlight the history and contributions of those who identify as Jewish.

Also, SDSU announced in March that the university is enhancing its partnership with two local organizations, Anti-Defamation League (ADL) and Hillel with a shared goal of creating a more inclusive community for Jewish students, faculty and staff.