Dozens of community members and activists gathered for a rally at Ruocco Park on Sunday. 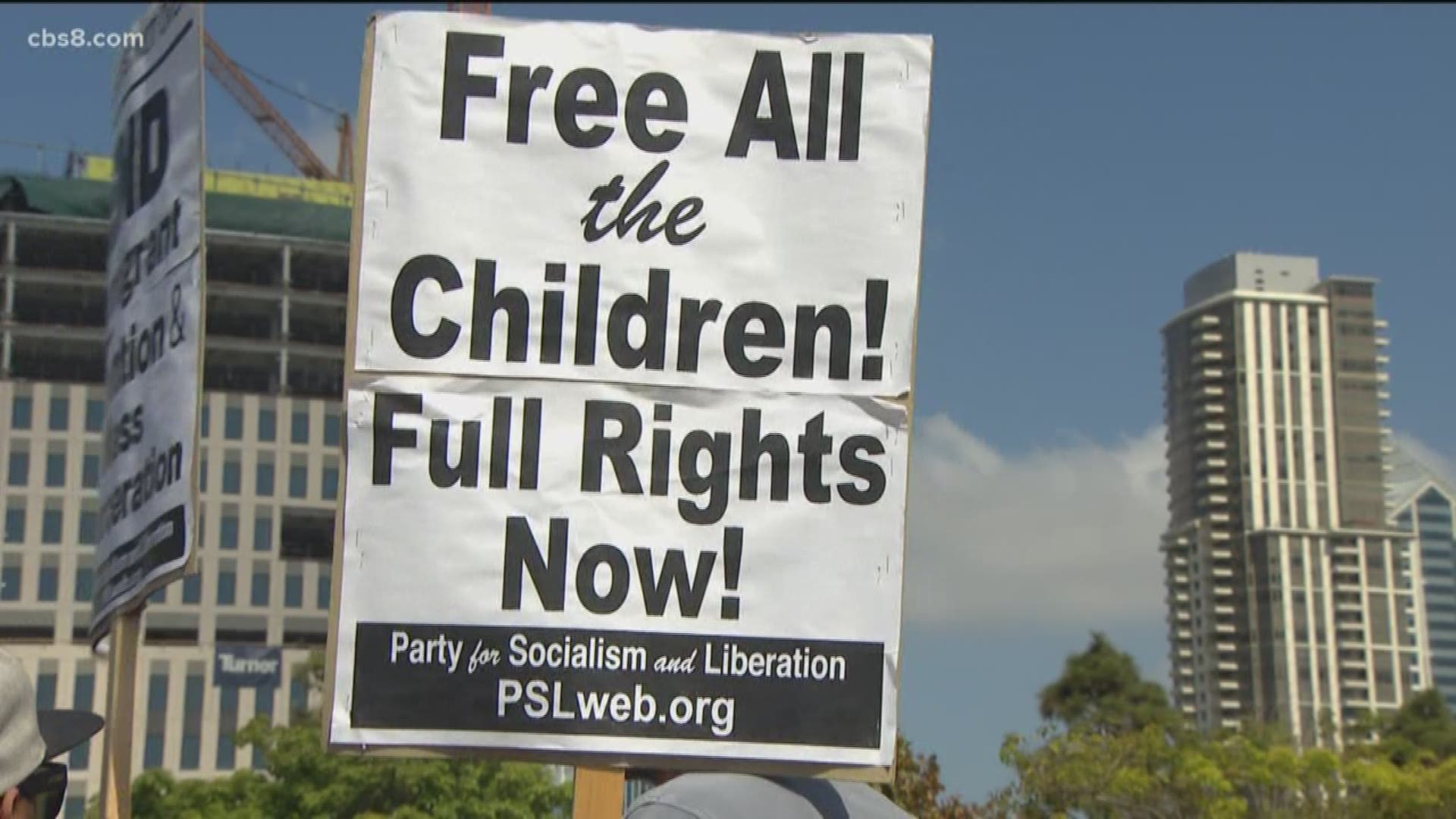 SAN DIEGO — The Coalition to Close the Concentration Camps and other activist groups held a demonstration Sunday in downtown San Diego. The event was part of a national movement calling on the federal government to close migrant detention camps along the United States-Mexico border.

Dozens of community members and activists gathered at Ruocco Park at midday. Event organizers said their aim was to protest San Diego’s role in aiding Immigration and Customs Enforcement and Customs and Border Protection in their “terrorizing of our immigrant and asylum-seeking brothers and sisters.”

"We're bringing the community together to protest the conditions of the migrants in the detention centers," said Jennifer Frost Moreno with the Coalition to Close the Concentration Camps. "The migrants are facing extreme dispossession. They are not allowed to have soap or toothpaste. They're not allowed showers."

Moreno Frost said the coalition has a list of demands including the banning of all detention centers. The groups are also calling on legislators to make San Diego a sanctuary city, she said.

"Everyone really needs to step up on this situation," said CCCC volunteer Glo Andrade.

Rally attendees held signs with messages including "Money for jobs and education. Not for walls and deportation" and "Free all the children." There were also several speakers at the event.

The Coalition to Close the Concentration Camps’ Facebook page called on community members to mobilize with protests throughout the weekend at events across the country.

Earlier this week, Governor Gavin Newsom signed AB 32 into law, it bans private prisons and immigrant detention facilities from operating in California. All existing contracts would end but 2028 under the new law, but it is likely to be met with legal challenges.