Voters who are already registered with a political party will get only that party’s ballot with their presidential candidate. 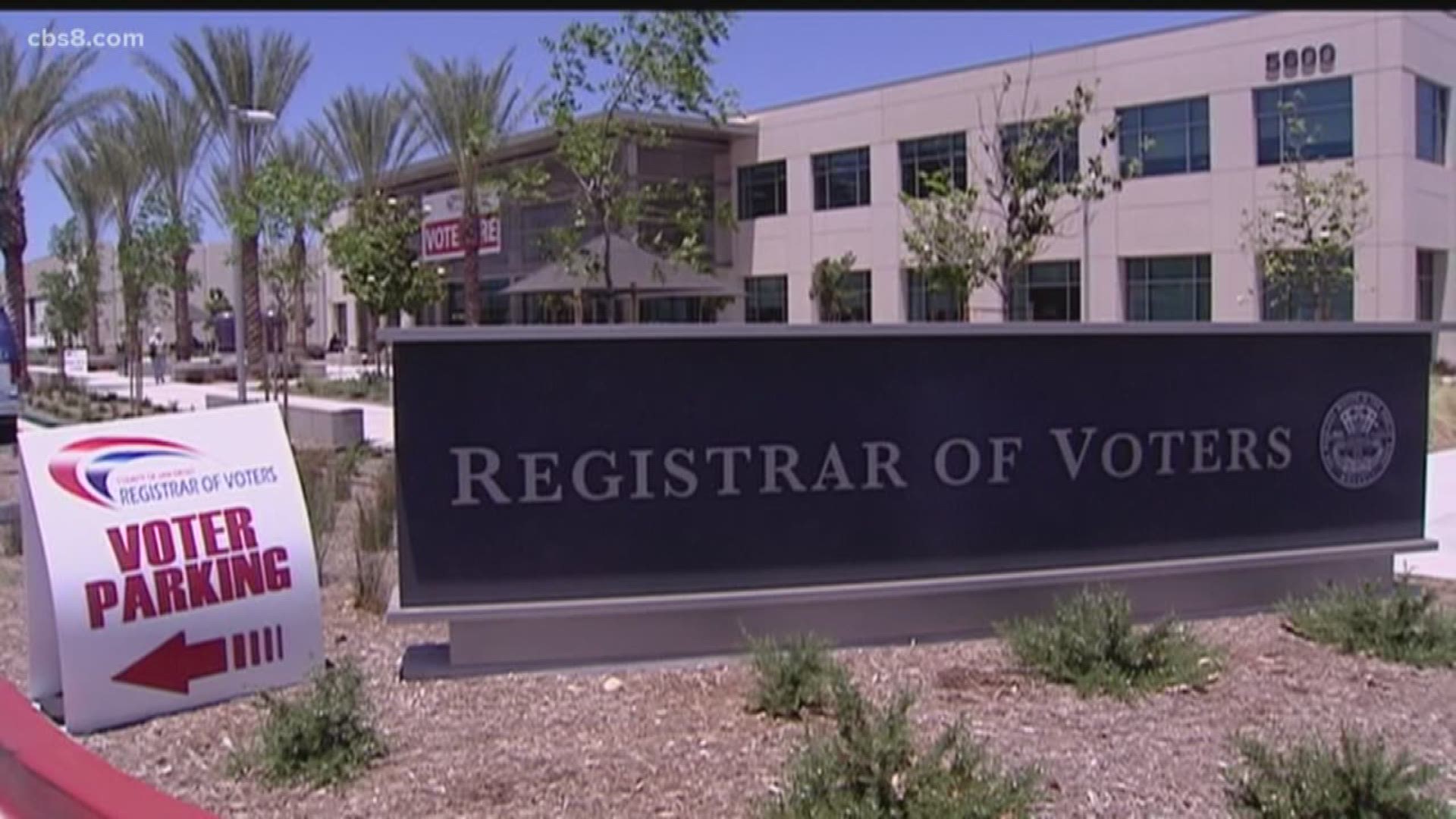 SAN DIEGO COUNTY, Calif. — The San Diego Registrar of Voters will send postcards to 1.8 million San Diego County voters to alert them of California's political party rules on voting for president in the March 3, 2020 primary election.

Political parties decide who can vote for their presidential candidates.

Anyone who is registered as nonpartisan – also known as independent, no party preference or decline to state – will not see the presidential race on their primary election ballot at all. To vote for president on March 3, 2020, they must act to get that option.

The American Independent, Democratic or Libertarian parties are allowing nonpartisan voters to cross over and vote for their presidential candidate. But they must request one of those ballots.

To vote for a presidential candidate with the Green, Peace and Freedom or Republican party, nonpartisan voters must re-register with that party.

Voters who are already registered with a political party will get only that party’s ballot with their presidential candidate. To vote for a candidate in another party, the voter will need to re-register with that party.

During a news conference Thursday morning, Registrar of Voters Michael Vu said it’s imperative to know the rules and verify your registration to confirm your party status.

“We want to make sure every registered voter who wants to cast a ballot for president in the March 2020 primary election has that opportunity,” said Registrar of Voters Michael Vu. “That means voters need to act sooner rather than later to make sure they’re not caught by surprise on Election Day.”

Voters can double check their registration, re-register and register to vote at sdvote.com. Voters who have moved, changed their name or visited the DMV recently will also need to re-register.

For more information, call (858) 565-5800 or visit sdvote.com. You can find additional resources about the upcoming election here.