The stadium hosted thousands of events over its 55-year existence. We look back at some of them and remember the memories. 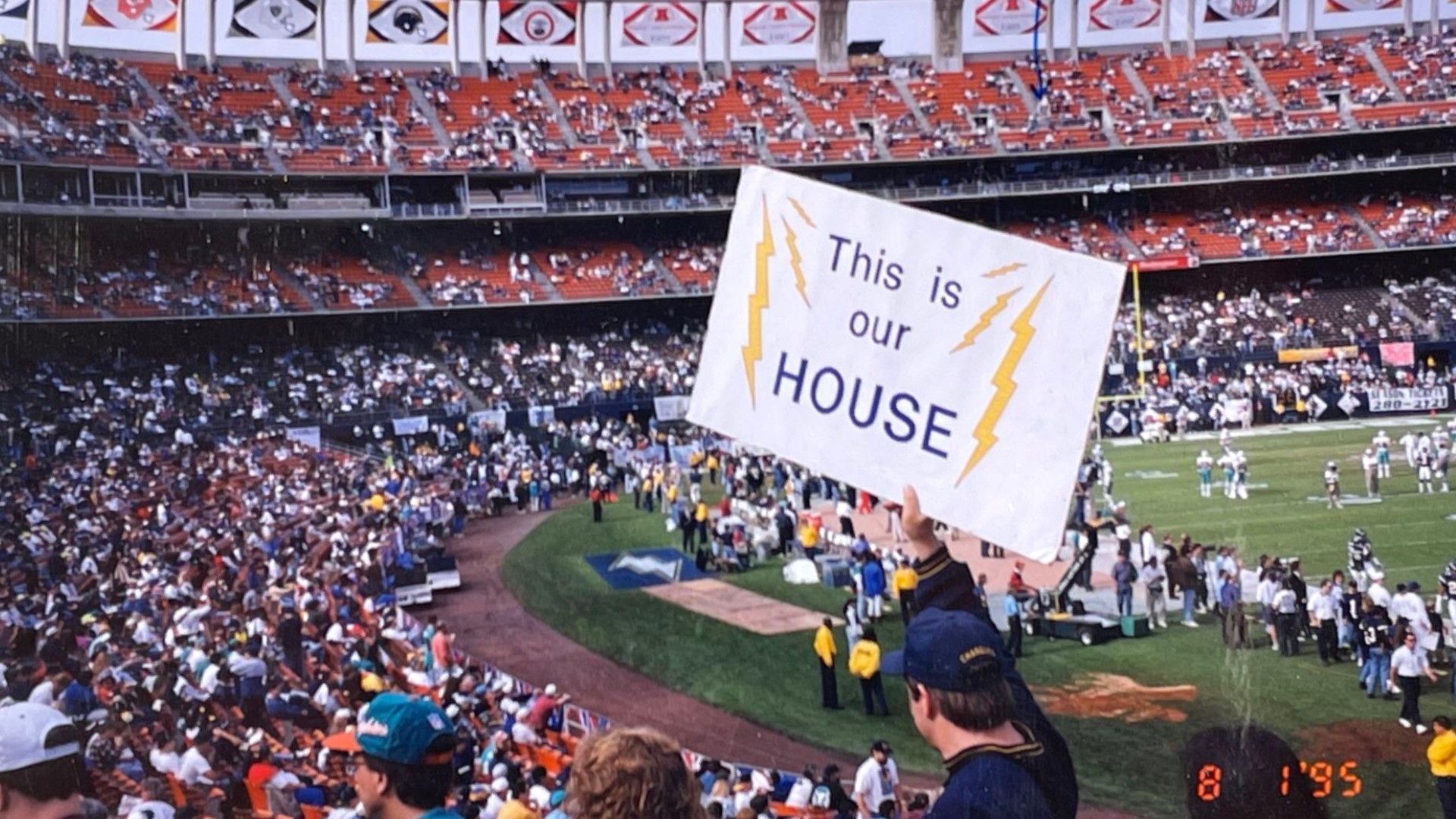 PHOTOS: Here are some photos from our viewers.

Share your favorite stadium memories in the News 8 app:

A walk down memory lane

When something that has been a permanent part of your existence is suddenly fading away, it can be a bit unsettling. However, it is still worth going down memory lane to say goodbye to an old friend.

55 years ago, the lot in Mission Valley was a blank canvas, prepped to create a new facility where San Diegans would enjoy some of our most cherished memories. Memories including Steve Garvey’s walk-off homerun in the 1984 NLCS to San Diego’s own Tony Gwynn sending the Friars to the World Series.

The memories are too numerous to name. Some more include Clay Kirby’s near no-hitter in 1970 to Trevor Hoffman’s Hells Bells. The stadium lovingly known as “The Murph” has held countless memories.

When asked about the stadium, Randy Jones said, “it was just magical, the multi-use multi-purpose stadium, and I knew that ballpark like the back of my hand.”

The Mission Valley stadium played host to Major League Baseball All-Star games. The first in 1978 and the second in 1992.

Some more memories that will live in baseball lore include when in 1974, owner Ray Kroc took the PA mic to tell the fans that he had never seen such stupid ball playing. A few years later in 1979 the San Diego Chicken made his grand hatching and in 1990, who could forget the awful rendition of The Star-Spangled Banner sung by Roseanne Barr.

On September 28, 2003, the Padres played their last game at “The Q” before moving to their new home, Petco Park, in downtown.

That left Qualcomm Stadium as the two-tenant townhouse for the San Diego State Aztecs and the then San Diego Chargers.

When San Diego Stadium opened, it was a diamond for the city to brag about. We would later learn of its design flaw of obstructed views from field-level seats where fans couldn’t see over the football players standing on the sidelines.

That didn't stop the fans from coming!

The same could be said for its NFL team.

John Hadl and Lance Alworth ushered the Chargers into the stadium, but Dan Fouts and the Air Coryell offense put the Chargers on the map, while the Philip Rivers era brought back the glory days to Qualcomm stadium in the 2000s.

In 50 years hosting the chargers, the stadium held just one pre-super bowl party. That party was for a team led by Stan Humphries and Oceanside’s son Junior Seau. That night Junior Seau said, “now, the world will know not Junior Seau, not Stan Humphries, but the San Diego Chargers.”

The place was grand enough to host three super bowls, but eventually, NFL Commissioners felt the building was no longer super bowl worthy. The building hosted its final Super Bowl in 2003.

In the 2010s, Chargers ownership decided the stadium was no longer game-worthy, and when they couldn’t reach an agreement with city leaders on a new stadium deal, the chargers bolted to Los Angeles.

Over its 50 years, the stadium created memories for people from all walks of life. From monster truck rallies to high school football championships. From concerts to Billy Graham Crusades.

Like 55 years ago, the lot is again a blank canvas, prepped to create a new facility, that will bring fond memories for generations to come.

The last official event held at the stadium was the 2019 Holiday Bowl that featured The University of Iowa versus USC.

The event that had the highest attendance at the stadium was the Billy Graham Youth Night in 2013 which saw 75,000 people cram into The Q.

Share your favorite stadium memories in the News 8 app: