Sources say parties happen every weekend near SDSU despite more than 1,100 students testing positive for COVID. One neighbor said a partygoer threatened to kill her

The video shows more than 100 students without masks, crammed into a backyard with music blasting. This congregation of students, blatantly disobeying the health order from SDSU and almost every level of government, comes from a university with nearly 1,200 student cases of the coronavirus as of Wednesday - less than two months since the fall semester began.

Despite having the largest number of cases out of any university in the state of California, these parties are commonplace nearly every weekend in the College Area, according to students and neighbors living in the area.

The party reportedly took place at a house near SDSU and was posted by an Instagram user that had the fraternity Phi Kappa Psi listed in their bio.

The Instagram user by the name of Zack Heidenry took the fraternity reference out of his Instagram bio shortly after his video was made public.

The video was initially shared on Twitter by the user, @sharky_marky17, who’s name is Mark-yves Gaunin. He said it was sent to him as a screen recording from a mutual follower on the app.

Gaunin is a student at SDSU and a campus employee. He said it wasn’t surprising this video surfaced, but it’s exhausting to see his fellow students still disobeying health order.

“Apparently the [parties] are getting reported but nothing is being done, from what I’m hearing on my end,” Gaunin said. “There’s been parties going around every weekend since school started.”

San Diego State replied to the tweet to say they are aware of the incident.

“This situation has been formally reported to SDSU and the university is looking into the matter,” the tweet read.

Giant party at a house near sdsu this weekend 🤢🤢 pic.twitter.com/iLEsQuZcXh

However, this is not the only party that’s been documented in the College Area. Countless complaints about large gatherings in the area have poured in from concerned neighbors who say the prevalence of parties is disturbing.

Some College Area residents told News 8 that partygoers have threatened to break into their homes after voicing concerns over loud party noises.

Linberg said she was woken up by a young man banging on her door and had her son go and check it out.

“I was so scared I couldn’t even reach my phone to call the police,” Linberg said.

Her son found a bottle on their front porch along with bloodstains on the side gate where the young man was trying to enter, according to Linberg.

Credit: Molly Linberg
A broken bottle on the front porch of Molly Linberg Colege Area residence after a young man was arrested after attempting to break into her home.

Credit: Molly Linberg
Bloodstains leftover the morning after a young man was arrested off Molly Linberg's property in the College Area.

Linberg said the person, who appeared to be intoxicated and identified himself as "Steven," ended up unconscious outside her home.

That’s when Linberg called the cops. She said she spoke with an officer with the last name Becerra.

She said she requested the name of the person, who she believes is an SDSU student, so she could report it to SDSU.

“That officer told us to ‘look for his wallet and you can get the name that way,’” according to Linberg, who said this was discounting to her concern.

The San Diego Police Department confirmed the incident that took place on Oct. 8, and that Linberg called authorities over threats from a partygoer.

“It was not correct for Officer Becerra to provide that response to the neighbor,” a representative from SDPD wrote in an email. “It is improper to insinuate that a wallet with a name would be in the area.”

The representative wrote in the same email that they were not authorized to release the name of the partygoer after he was taken to the hospital. 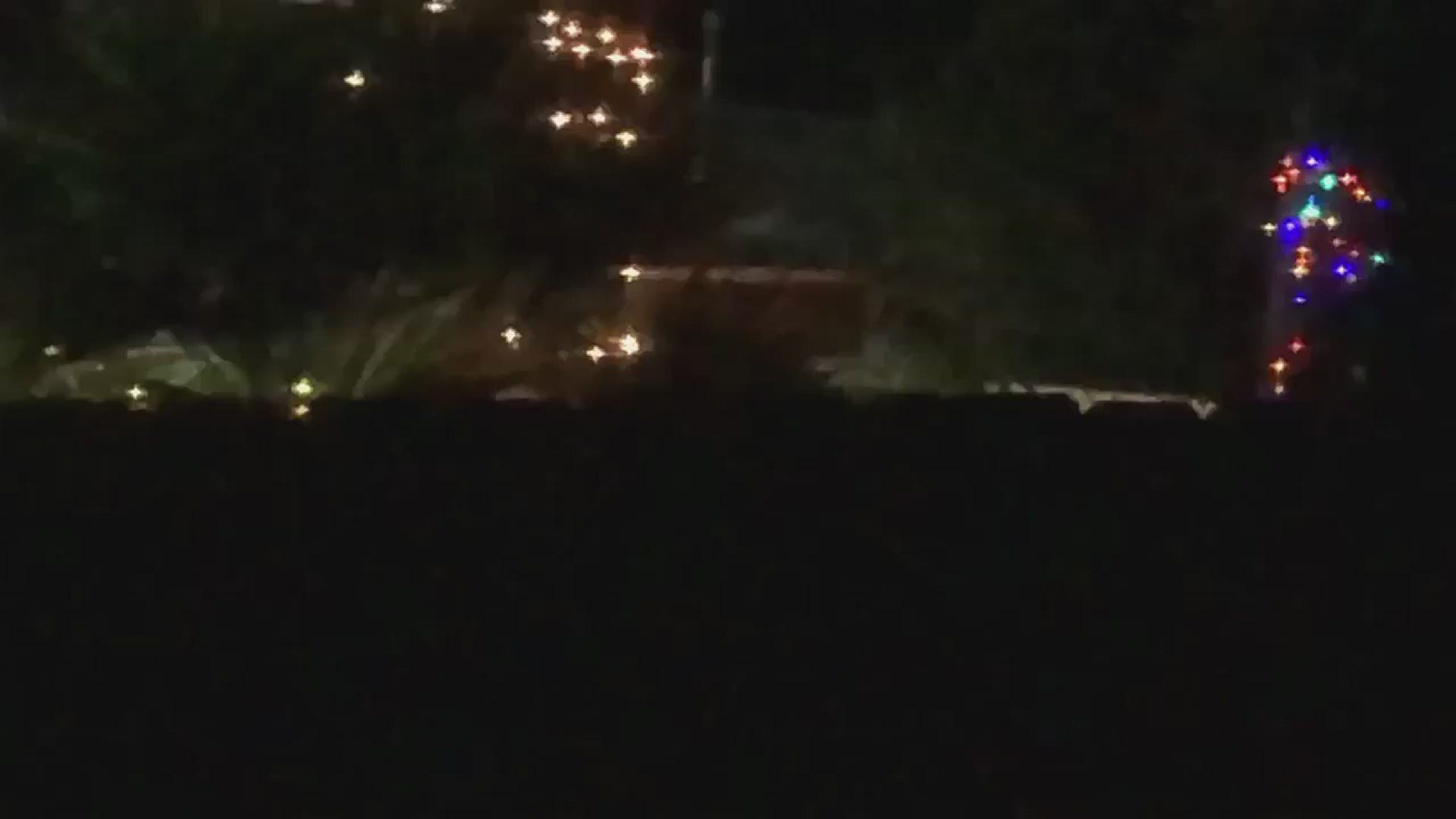 SDSU officials told News 8 in an email, that as of Oct. 12, 105 citations and warnings had been issued to off-campus violators of the health code. Many of these came from fraternities and other student organizations at the school, according to numerous references from campus officials.

At the beginning of the semester, News 8 crews witnessed hundreds of students over the course of several weekends walking from house to house in the College Area, with loud music blaring out of several houses and apartments.

San Diego State officials have said violations of health orders on campus and off-campus, can result in penalties ranging from warnings to expulsion.

However, News 8 obtained a copy of a citation handed out to College Area residents and it makes no warning of any penalty.

Below is what the notice says:

There is no reference of warnings against violators, even when some houses, such as a house on the corner of Pontiac Street and Rockford Drive, hosted parties for both weekends News 8 was in the area.

The university confirmed that this is the notice that is sent out to residences and that the letter has not yet been updated with more disciplinary warnings.

A future update may contain references to new guidance from the CSU Chancellor’s Office, which was sent in a campuswide email on Oct. 8.

This new guidance expands the disciplinary action SDSU can take for off-campus violations. Previously, the school could only target off-campus violations if they were related to student organizations like Greek life. Now, they can target the individual behavior of students who are not affiliated with campus clubs.

In a San Diego County coronavirus press briefing on Sept. 16, Dr. J Luke Wood, vice president of student affairs at SDSU, said that some of these violations have resulted in suspensions to students and organizations.

The recurring parties and ongoing case count at SDSU has not stopped the university from bringing back some in-person classes. A distinction to make is that before the pause on in-person learning, no transmission of the virus had been reported from in-person learning environments.

On Monday, SDSU brought back more than 150 in-person classes after a nearly six-week pause on the learning structure.

Many of these classes are labs and small classrooms that benefit heavily from in-person participation. These include lab courses, musical instruments and theatre courses.

Gaunin said he’s conflicted over the decision to bring back in-person courses as students benefit from the engagement, yet he resents the school’s reactive behavior to the pandemic.

“I would rather have them in person but seeing how SDSU’s handled this outbreak... I feel like there should be an online option for at least some of these classes," Gaunin said.

Gaunin went viral on Twitter after posting a thread that took stabs at the university’s approach to the coronavirus situation. He has since shared numerous stories of other student’s experiences with living in the SDSU community.

I might lose my job by posting this, but at this point idc. SDSU is literally killing students with their incompetence. Here's a thread exposing SDSU coming from someone who works in the residence halls

He said there are no plans to stop tweeting about parties and experiences on campus, and that the parties will continue.

“I wouldn’t be tweeting about everything if I wasn’t disappointed,” Gaunin said. “There will be parties still going on every single week.”