The suspension of all IFC chapters at SDSU is effective Friday, November 8. 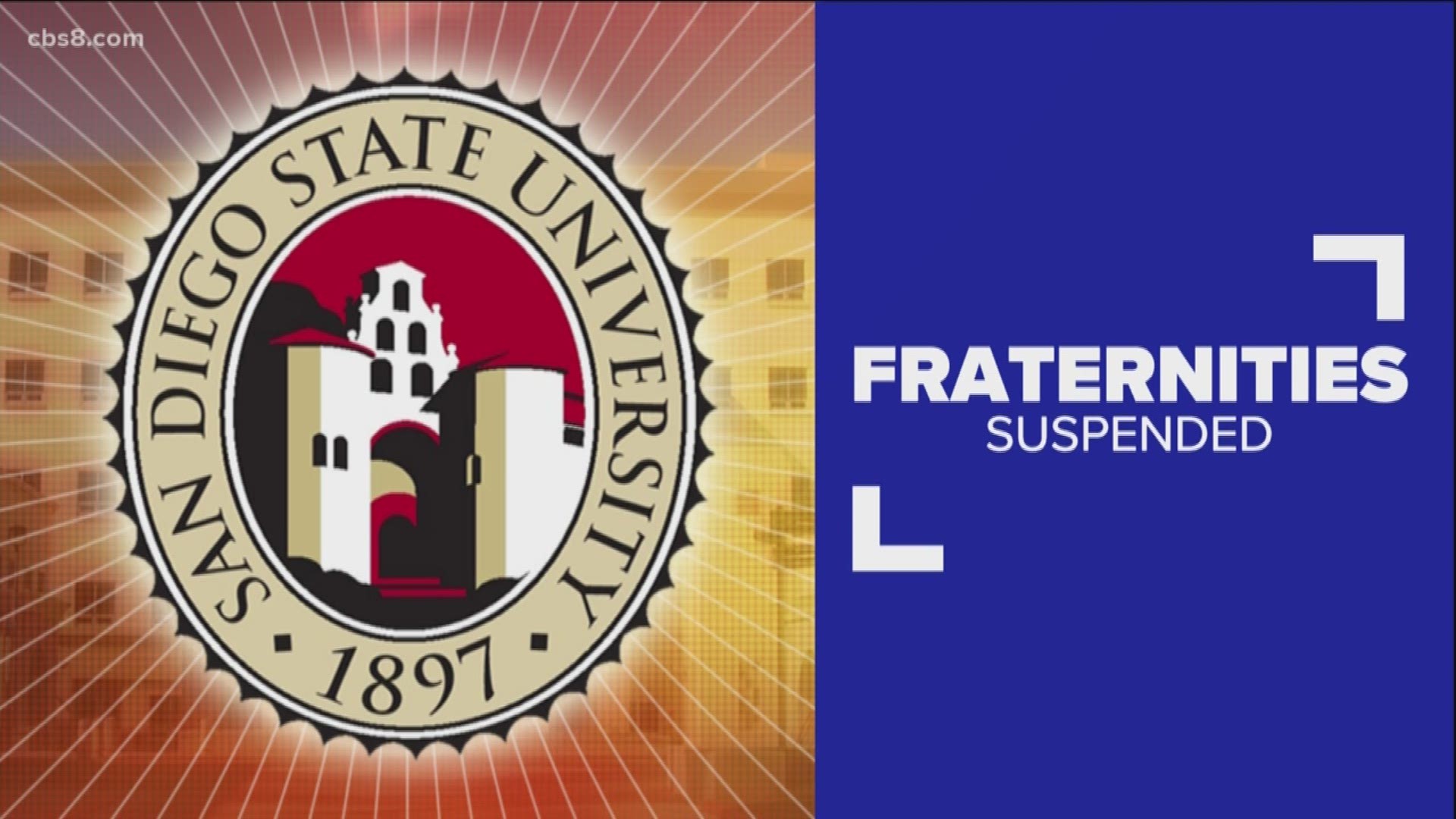 According to SDSU, university police are investigating after a student required medical attention after reportedly attending a fraternity event Wednesday night.

The following day, on Thursday, November 7, San Diego State University Police received a 911 call to respond to a student in need of medical attention at a residence hall. The student was given aid and transported to a San Diego area hospital.

Because of the ongoing investigation, campus police said they could not provide further details, and in a statement, the university said it would also not be commenting about the student due to privacy regulations.

"Given the severity of this incident, and as the safety and wellbeing of students is a primary concern of the university, SDSU President Adela de la Torre has suspended the Interfraternity Council and all chapter organizations under the council," according to a statement from the school.

President de la Torre's decision to suspend all 14 IFC-affiliated fraternities means the IFC and its organizations will not be recognized and all activities will be suspended. The university will keep the organizations under suspension while it considers next steps.

The suspension impacts more than 1,400 members.

The decision does not impact the National Pan-Hellenic Council, the College Panhellenic Association or the United Sorority and Fraternity Council, or the chapters affiliated with those organizations.