Rotating outages were averted in San Diego on Monday with SDG&E thanking residents and businesses for cutting back on energy. 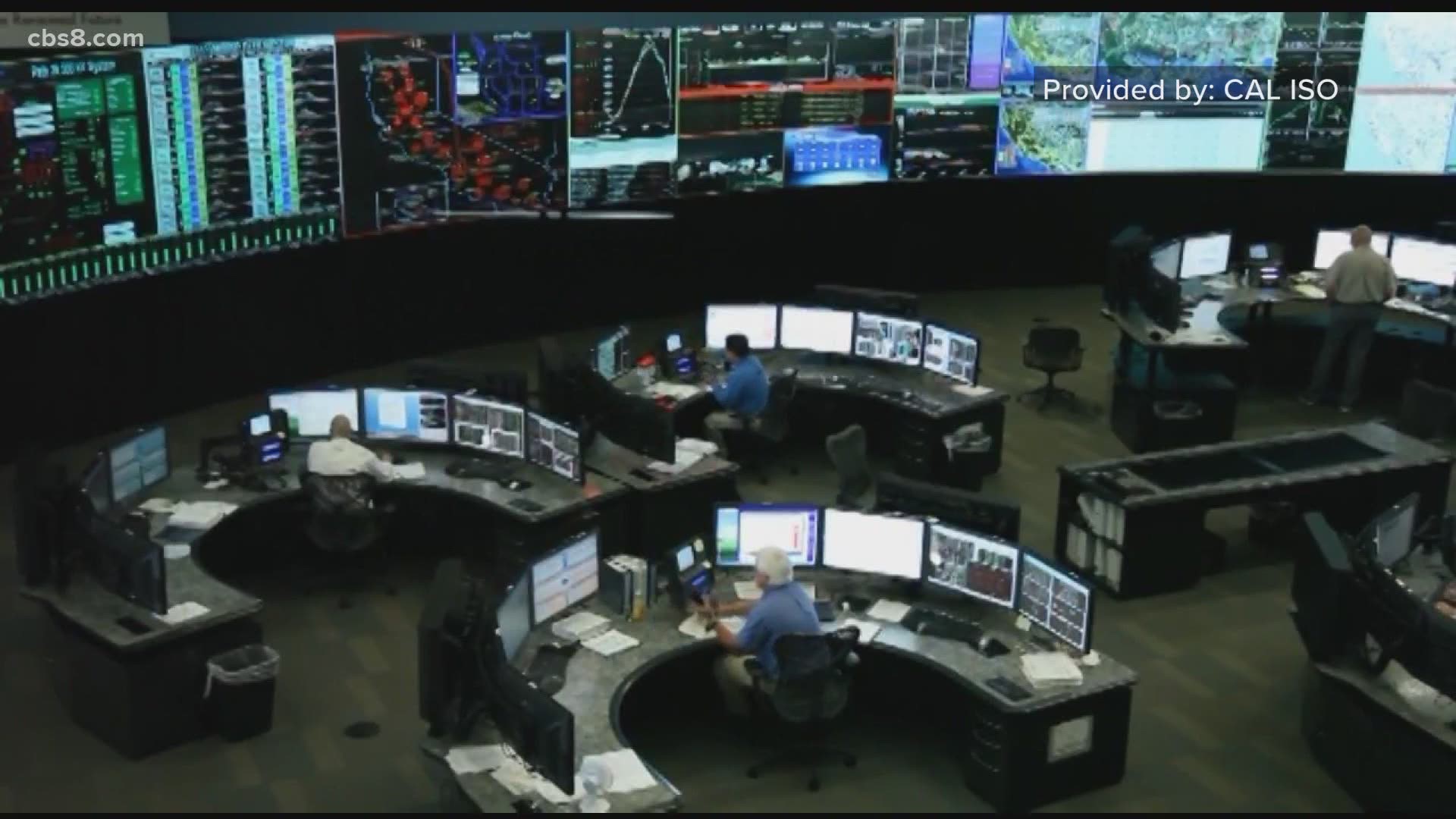 A statewide Flex Alert remains in effect through Wednesday from the hours of 3 p.m. to 10 p.m. each day.

Rotating outages were averted in SD & southern Orange counties today thanks, in part, to customer conservation. Energy conservation remains essential as the #FlexAlert remains in place till Wed. to avoid further rotating outages this week. LM at https://t.co/bv9mngEXuB #ThankYou pic.twitter.com/i7VYuFiiBG

San Diegans have been frustrated by recent rotating outages and Governor Gavin Newsom agrees that it is a huge problem that never should have happened.

“We failed to predict and plan for these shortages and that's simply unacceptable,” said Governor Newsom at a news briefing Monday.

For the fourth day in a row, the state was under a Flex Alert on Monday. That means everyone was strongly encouraged to save electricity – or risk more rolling power outages.

SDG&E said they aren’t to blame for the blackouts. The local utility company says the state’s independent system operator, known as Cal ISO, has ordered utilities, including SDG&E, to cut its power needs by shutting off electricity to customers for about an hour or so at a time on a rotating basis.

With scorching temperatures across the state, and people working from home during the pandemic, residents are using more air conditioning than the state’s power grid can supply. But solar energy is popular in San Diego County making customers wonder why this is an issue if the county is making its own power.

“As soon as the sun starts going down, people need to remember they're still on the grid," Menard explained. "They're still using electricity from the grid.”

The Flex Alert runs until 10 p.m. each night it's in effect, well past sunset, so SDG&E is asking everyone to conserve energy during the peak hours.

That's easier said than done for students doing distance learning. No electricity means no internet. School districts in session say they are aware of what's going on.

“First and foremost, charge your device,” said Manny Rubio, Communication Director for Sweetwater Union High School District. “Make sure it's charged up for today. If you have power, make sure you're charging it up. But second, just to let people know that we're going to be flexible throughout all of this.”

With the heatwave continuing, the governor is trying to bring more power online and is asking big businesses to free up electricity by switching to back-up generators. He's also started an investigation into why the state wasn’t prepared for this happen and says it should never happen again.