Students at Westview High School took part in the national and international event, and students at San Diego State gathered in the courtyard with signs. 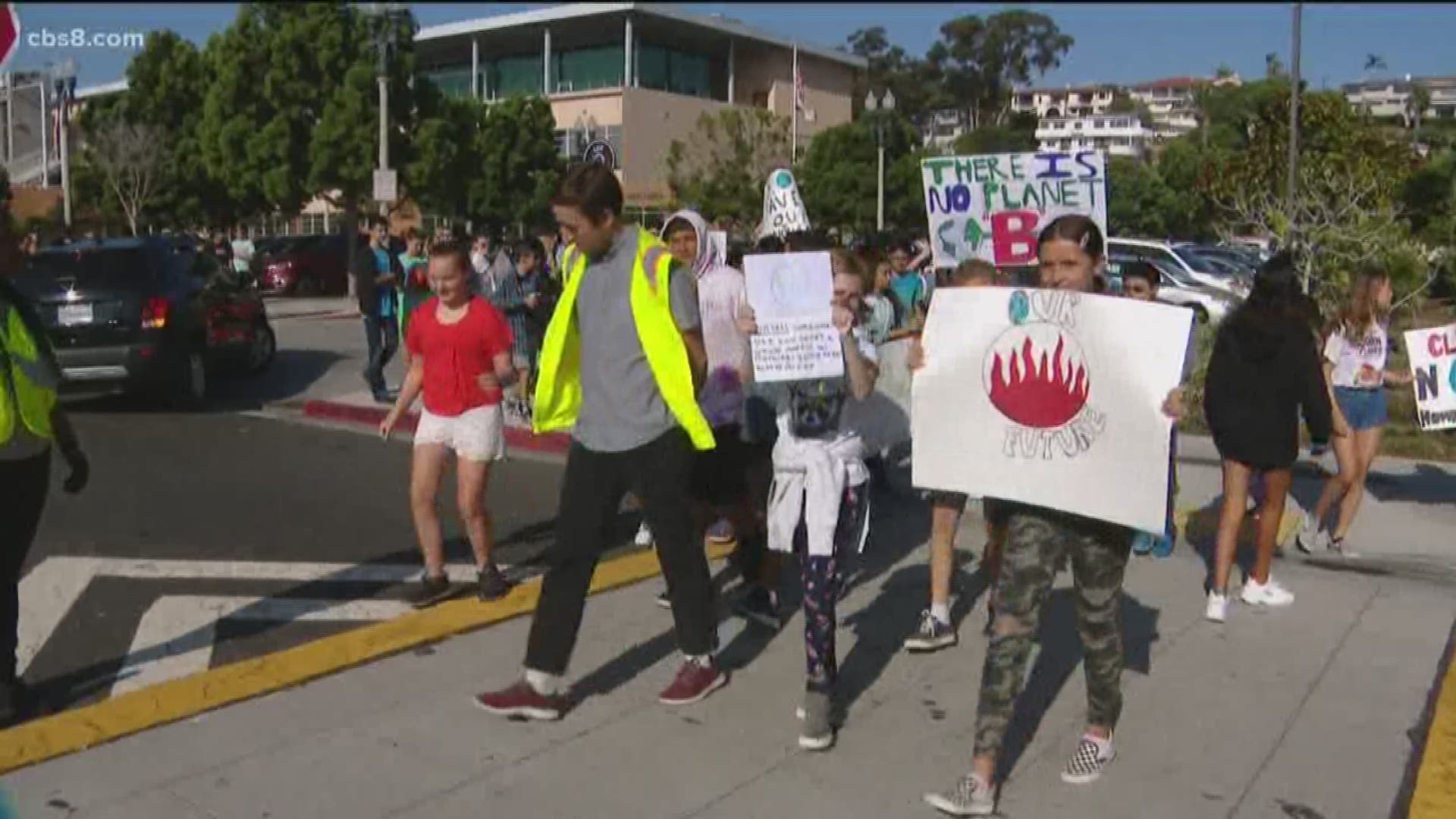 SAN DIEGO — Students around San Diego County participated Friday in the Global Climate Strike by rallying and marching throughout the day.

Thousands of students and faculty members at more than 20 middle and high schools and colleges participated in the strike to call for governments to take urgent action to combat climate change.

Students at Westview High School took part in the national and international event, and students at San Diego State gathered in the courtyard with signs.

“I don’t think the adults are doing enough. They are just letting it happen,” said Lily Landre, who is a senior at Bonita Vista High School.

In Chula Vista, students walked out of class around noon with signs, speaking out on the need for climate action.

“It impacts us the most, [the] effects of climate change,” said Landre.

Last week, San Diego Unified School Board passed a resolution in support of action. Board trustee Richard Barrera said it was part of a push for positive climate action in which the district has committed to 100% renewable energy by 2035.

Barrera said that no student will be penalized for participating in Friday’s walkout.

Friday’s Day of Action was sparked by 16-year-old Greta Thunberg, a Swedish student and climate activist, who will address the United Nations Climate Action Summit next week in New York and will also testify on Capitol Hill.