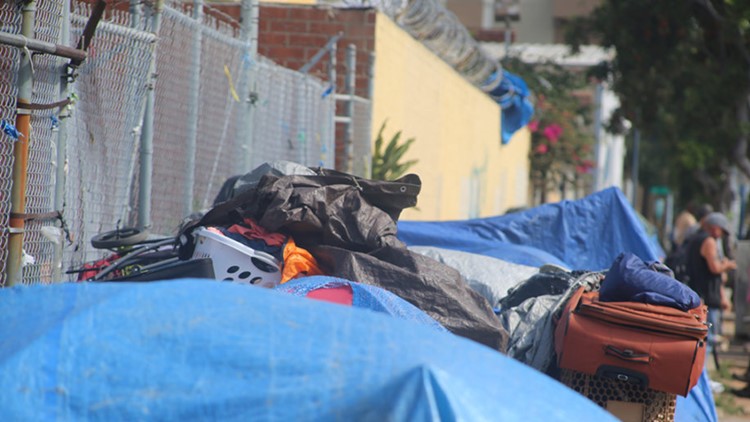 SAN DIEGO COUNTY, Calif. — The Board of Supervisors Tuesday received an update on the search for housing sites for the homeless in the county's unincorporated regions.

The board was told that the county is in the process of identifying properties in Fallbrook, Lakeside and Spring Valley for temporary housing.

Omar Passons, county Integrated Services director, said staffers will return in 60 days with a plan on securing and paying for those properties.

The board recently approved other efforts to help those without shelter in unincorporated regions of San Diego County, including an expanded hotel/motel voucher program and adding more members to the sheriff's Homeless Assistance Resource Team.

According to 2019 count, there were at least 224 people identified as homeless living in the unincorporated area.

Supervisors Jim Desmond and Dianne Jacob sponsored the original housing proposals, with Jacob describing them "as a comprehensive approach, which will become a model for other jurisdictions."

Jacob added that community support is very important to making the program work.

"We've already seen some results," she said. "It's not just an investment in our communities, but a regional issue."

Desmond asked that all of District 5, which he represents, be looked at for other possible housing spots.