While nationwide, we are falling short of President Biden's goal, almost 2.19 million or more than 78% of San Diegans 12 and older have received at least one shot. 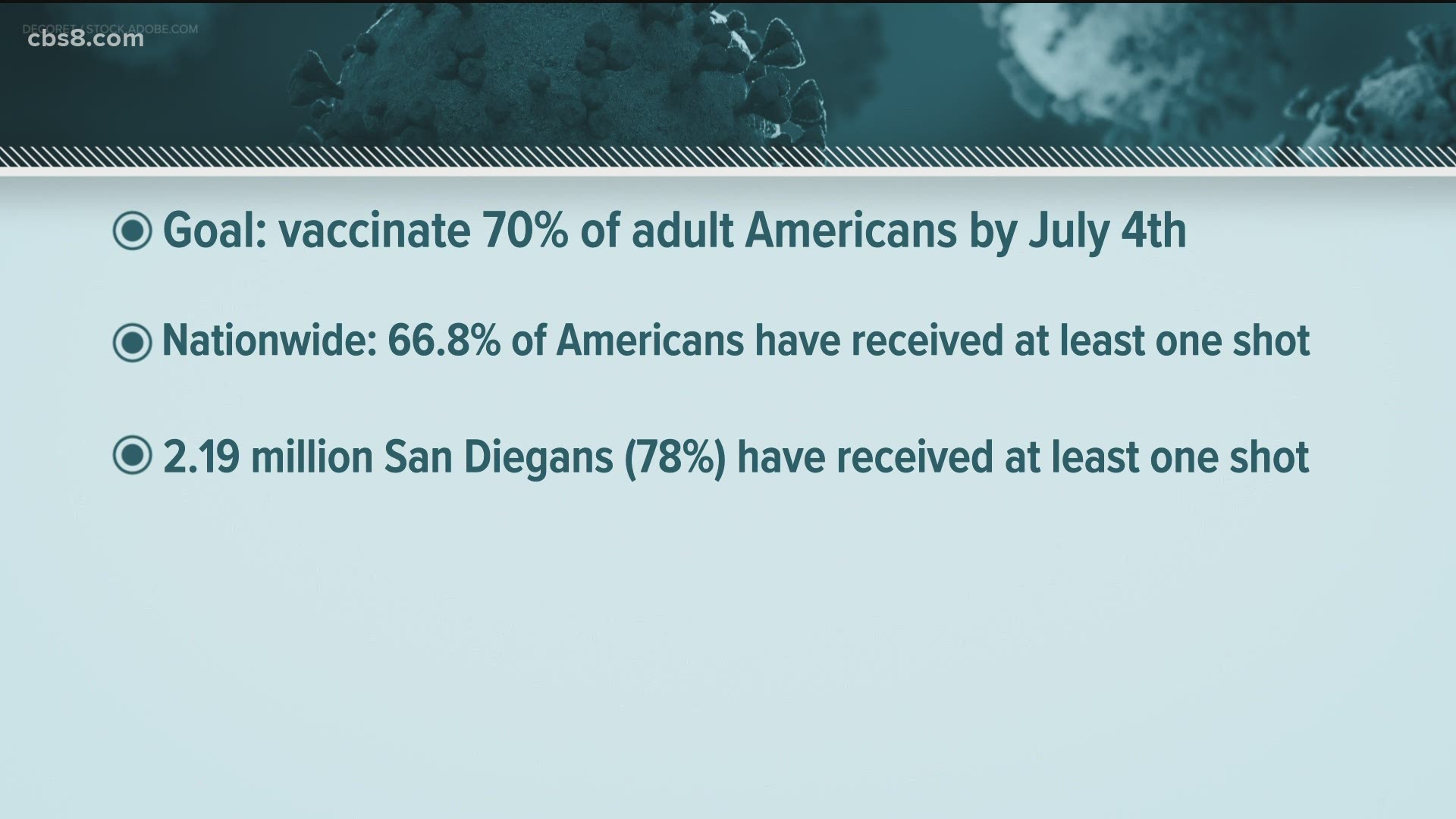 SAN DIEGO COUNTY, Calif. — While not every part of the country will reach President Biden's vaccine goal, San Diego County actually surpassed it.

The hope was that seven in 10 adult Americans would be vaccinated by this Sunday.

For those still hesitant to get the vaccine, health officials are working to get the message out that all three vaccines -  Pfizer, Moderna and the one-shot Johnson and Johnson -- are safe and effective, even against the highly contagious Delta variant.

That was one of his last pushes to reach his goal of vaccinating at least 70 percent of adult Americans by the Fourth of July.

While nationwide, we are falling short of that goal with 66.8 percent of Americans receiving at least one shot, here in San Diego County, there is reason to celebrate.

Not all communities, though, are getting the vaccine at the same levels.

According to county health officials, 63 percent of Hispanics in San Diego are vaccinated

"COVID-19 is still disproportionately affecting our Hispanic and Latino communities," said Adriana Bearse, program manager of research & health promotion at San Ysidro Health, which has been serving the community for more than 50 years.

"It is more important than ever that as many members of our communities as possible get vaccinated."

Bearse said this is more critical than ever with the increasing spread of the Delta variant.

"There is evidence that it is more contagious and potentially more deadly compared to some of the other variants," Bearse added.

"We still have work to do. We still have individuals who've not received the vaccine," said Mirna Cruz, program director for Casa Familiar based in San Ysidro, which has provided outreach and support to Hispanic communities here in San Diego for nearly half a century.

They use community liaisons known as Promotoras to connect directly with local families.

"It's trying to understand why they're not getting vaccinated, and providing them with answers or information," Cruz added. "At the end of the day, we want to educate the community and they make their decision."

WATCH RELATED: Together against COVID (June 2021)