Murder, attempted murder and hate crime allegations were filed Monday against the 19-year-old Rancho Penasquitos man who allegedly burst into a Poway synagogue on the last day of Passover and opened fire with an AR-15-style assault rifle, killing a woman and injuring three other people, including the rabbi of the congregation. 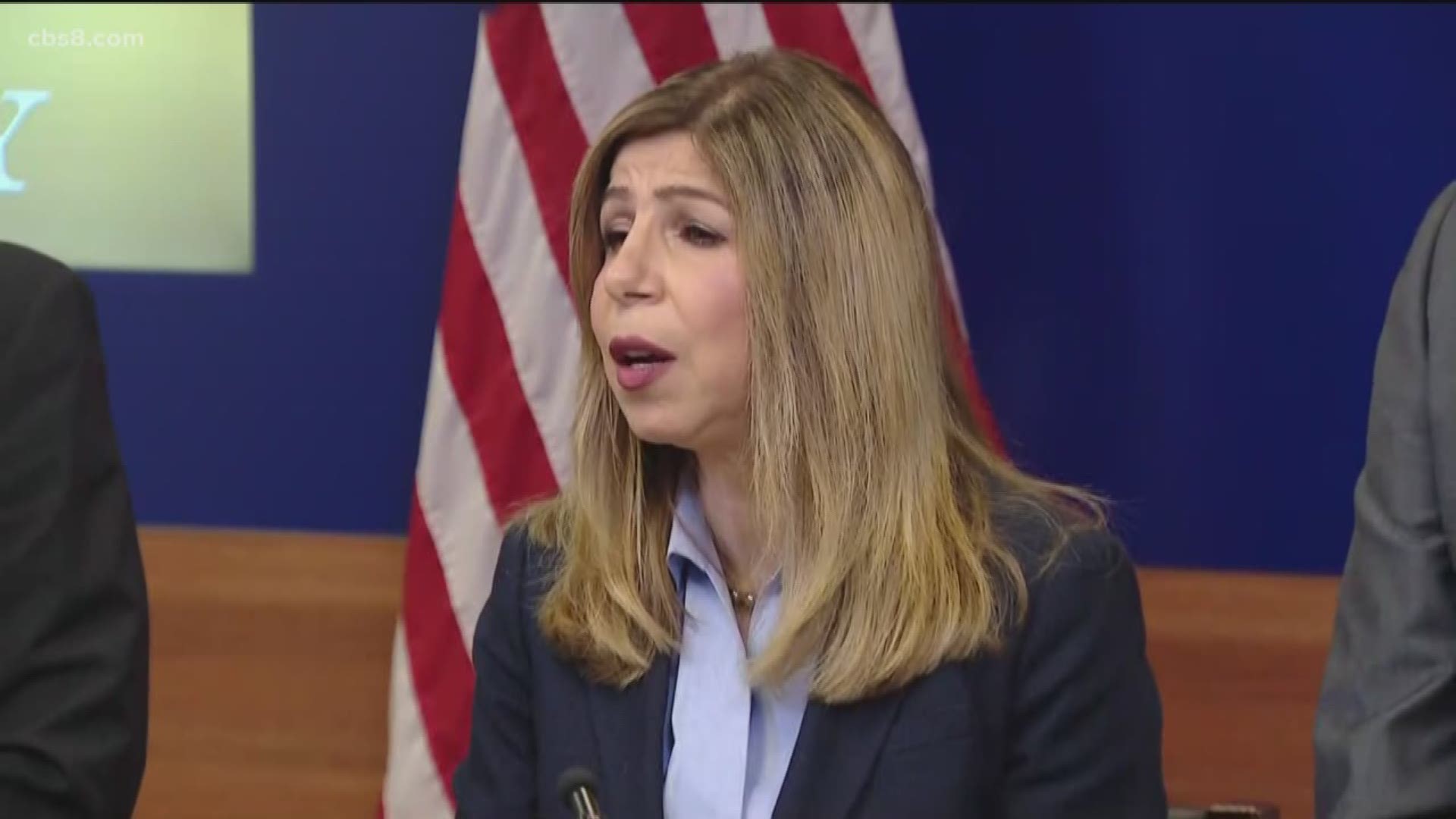 SAN DIEGO — At News 8 we have avoided showing the accused Poway gunman's face or saying his name when possible, but we are making an exception for his first court appearance on Tuesday.

Murder, attempted murder and hate crime allegations were filed Monday against the 19-year-old Rancho Penasquitos man who allegedly burst into a Poway synagogue on the last day of Passover and opened fire with an AR-15-style assault rifle, killing a woman and injuring three other people, including the rabbi of the congregation.

The alleged gunman was also charged with arson of a house of worship for allegedly trying to burn down an Escondido mosque last month. He allegedly took credit for setting the March 23 non-injury fire at the Islamic Center of Escondido in a nine-page manifesto posted online before Saturday's synagogue shooting, which occurred exactly six months after a shooting rampage at a Pittsburgh synagogue that left 11 people dead.

The alleged gunman in the Poway synagogue shooting, John T. Earnest appeared in court Tuesday and pleaded not guilty to the charges against him.

Following the suspect's arraignment, District Attorney Summer Stephan held a press conference to discuss the charges against him and take questions. Stephan said the defendant went to the synagogue with "terror on his mind."

She stated that he entered the Chabad of Poway with a semi-automatic AR-15 rifle along with five additional magazine clips with 10 bullets each.

"He murdered her there," said Stephan.

She said evidence shows the suspect fired eight to 10 times before the gun either jammed or he was unable to release the clip and reload.

Stephan also talked about the injuries sustained by Rabbi Yisroel Goldstein - who lost his index finger, and 8-year-old Noya Dahan and Noya's uncle Almog Peretz who were injured by shrapnel from rifle shots.

Never using the gunman's name, Stephan also discussed the "heroic people" involved in the incident including the border patrol agent that fired at the suspect's vehicle.

“A member of the congregation ran after the defendant along with another member who was an off duty border patrol agent," said prosecutor Leonard Trinh.

Prosecutors say at 11:30 a.m. Earnest called 911 himself and reported the shooting.

Stephan stated that the gun used in the synagogue attack was obtained legally, but gave no further details as to when or where the gun was purchased. She said there was no evidence that the gun had been altered.

San Diego police arrested Earnest two miles away from the Chabad, according to the DA.

Stephan said Earnest faces life in prison without the possibility of parole or the death penalty for the murder of Lori Kaye and an additional 103 years to life for other charges including three attempted murder charges and arson.

The hate crime allegations filed in connection with the attack at Chabad of Poway make the alleged gunman eligible for the death penalty, should prosecutors decide to pursue it.

Stephan said the defendant has no prior criminal record. He is due back in court on May 30 for a readiness hearing and July 8 for a preliminary hearing.

RELATED: No Place for Hate Week in Poway