"As we raise the flag today, let it be a symbol that we are continuing to commit to making sure that every student is seen and heard,” said Dr. Lamonte Jackson. 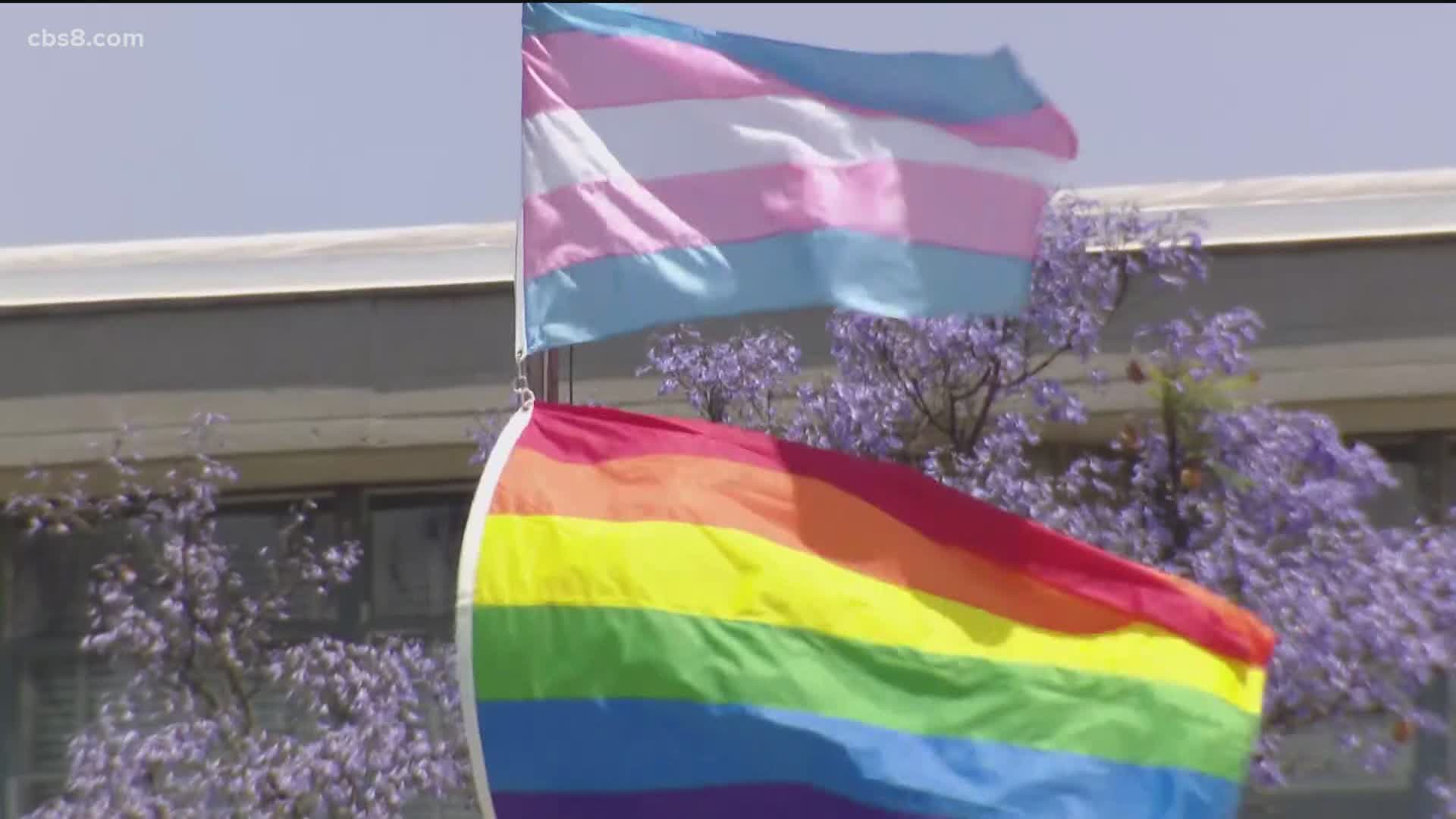 Kevin Beiser of the San Diego School Board, who said he is also a member of the LGBTQIA community, called the moment “historic.”

"Over the last 10 years, I’ve been on the school board, and it took me years to get this flag on this pole,” said Beiser.

"As we raise the flag today, let it be a symbol that we are continuing to commit to making sure that every student is seen and heard,” said Dr. Lamonte Jackson, the district’s interim superintendent.

On May 25, the school board voted unanimously to support LGBTQIA+ rights and adopted a resolution declaring June as LGBTQIA+ month.

"That’s truly powerful,” said San Diego Mayor Todd Gloria. “It makes sure that any child that is unclear whether or not they’re welcome at this school district that there’s no doubt about it - that they, in fact, are.”

Gloria is from Clairemont and is openly gay.

"When I was a student at Madison High School, I couldn’t have imagined a flag-raising [or] a GSA,” said Gloria. “Anything of that nature, but as it was mentioned a moment ago, I recall a single teacher who knew and who gave me support while being bullied. You know, I was a kid who was being bullied to the point that I didn’t want to talk about it, right? That would only invite more. But it was that teacher that simply let me know it was going to be OK.”

Some students were in attendance as well.

"I feel so much joy that we can be here today celebrating our identities and our resilient community and I hope that this flag can bring the same joy to everyone else who sees it,” said one student.

"I identify as asexual,” said Sophia, another student. “Growing up, I found very little media featuring my label, and it’s only now that I realize that I am part of a community where I am valid and seen. The Pride flag has given me hope and has helped me discover who I am.”

It's not just school districts getting involved. San Diego Pride 2021 is expected to announce its July lineup of Pride events this week.