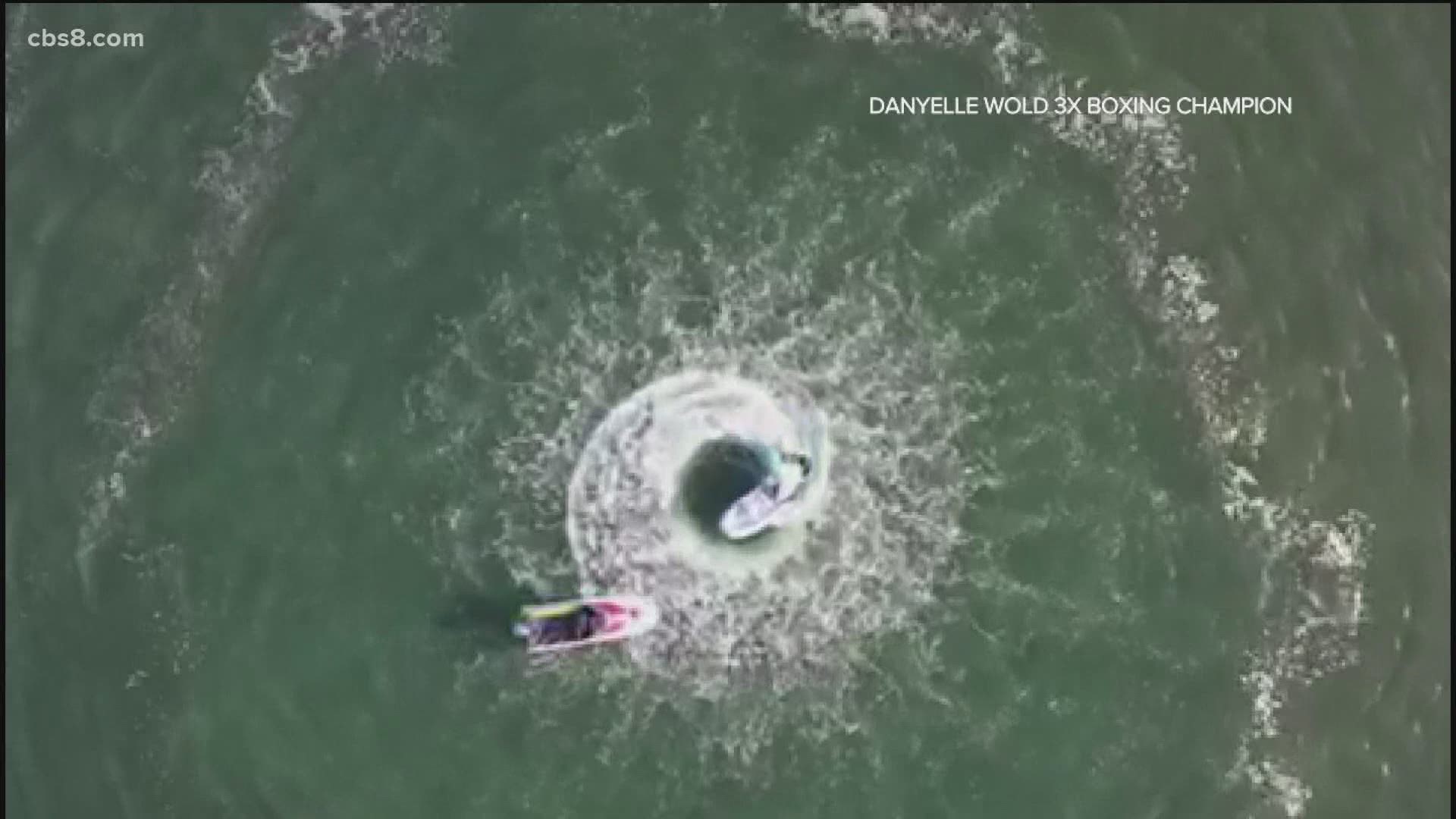 The father of one of the sailboat passengers said his son suffered a gash with 12 staples in his head and a bruised and strained shoulder.

You can hear voices on the three-time USA Boxing Champ's video say, “There is no one driving that boat, everyone fell off.”

The video then shows the boat then circle back around and crash into a sailboat, go airborne and then dive in the water spinning around in the bay.

San Diego lifeguards said it happened around 6:05 p.m. when a boat operator, possibly doing a high-speed maneuver while towing three people on an innertube, lost control. Two people on board were thrown from the vessel.

“Let them know Sail Bay there is an inflatable heading southbound, the driver came out of it so it is full throttle going southbound,” said an operator on radio traffic.

Wolf also had drone video that shows the stern in the water and the bow sticking out of the bay spinning around. On the video kayakers are seen paddling out to help and sirens can be heard in the background.

From a paddleboarder's video lifeguards are shown doing some sort of pit maneuver to tip the boat over and people are heard cheering.

The father of the man injured posted on Facebook that his son and his roommate rented a sailboat and were heading back to dock when the collision happened. The father said he thanks God he is OK.

Lifeguards said no one else was injured. No citations or arrests were made and alcohol or drugs are not believed to be a factor in the crash.