In San Diego, there are an estimated 200,000 event workers who previously contributed $329 million to the local economy, according to the San Diego Event Coalition. 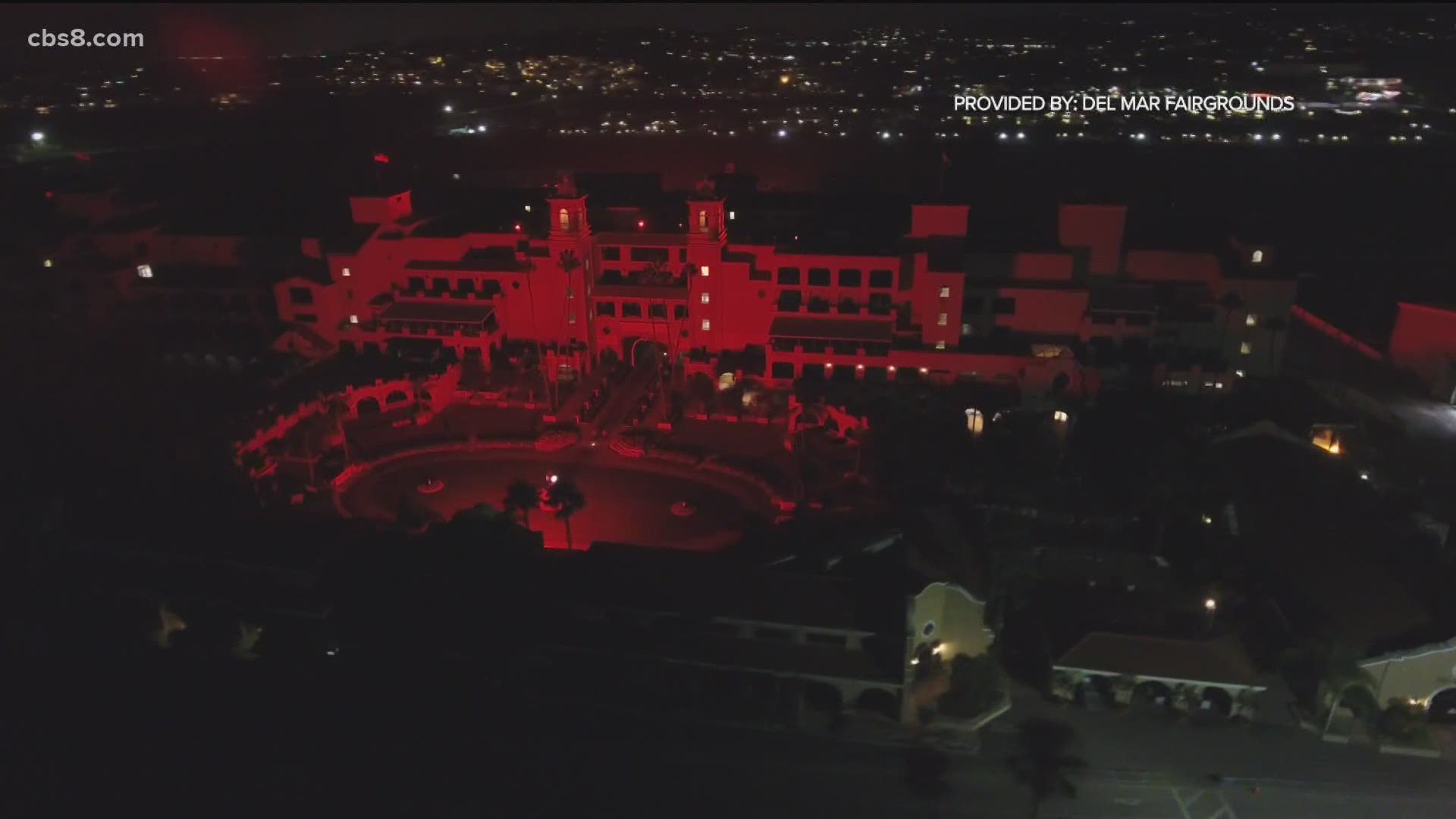 Venues throughout San Diego lit up in red Tuesday night as part of the North American Red Alert Restart campaign that aims to raise public awareness of economic hardships facing the live events industry due to pandemic closures. At least 19 venues and areas in San Diego and as many as 1,500 buildings across North America turned skylines red in over 40 cities.

According to the San Diego Event Coalition, the live events industry makes up over 12 million workers nationwide and contributes over $1.2 trillion to the gross economy. In San Diego, there are an estimated 200,000 event workers who previously contributed $329 million to the local economy, according to the coalition which is a collaboration of “planners, venues and vendors.”

"Me personally I haven't had an event since Dec. 31. Knock on wood. I'm thinking maybe we can do something but not 5,000 people like we did last year," said Kevin Hellman, with SDS Events and a member of San Diego Event Coalition.

Venues participating in the Red Alert campaign in San Diego include:

Officials at the Del Mar Fairgrounds lit its Grandstand in red. Drone footage seen below shows a test run of the lights 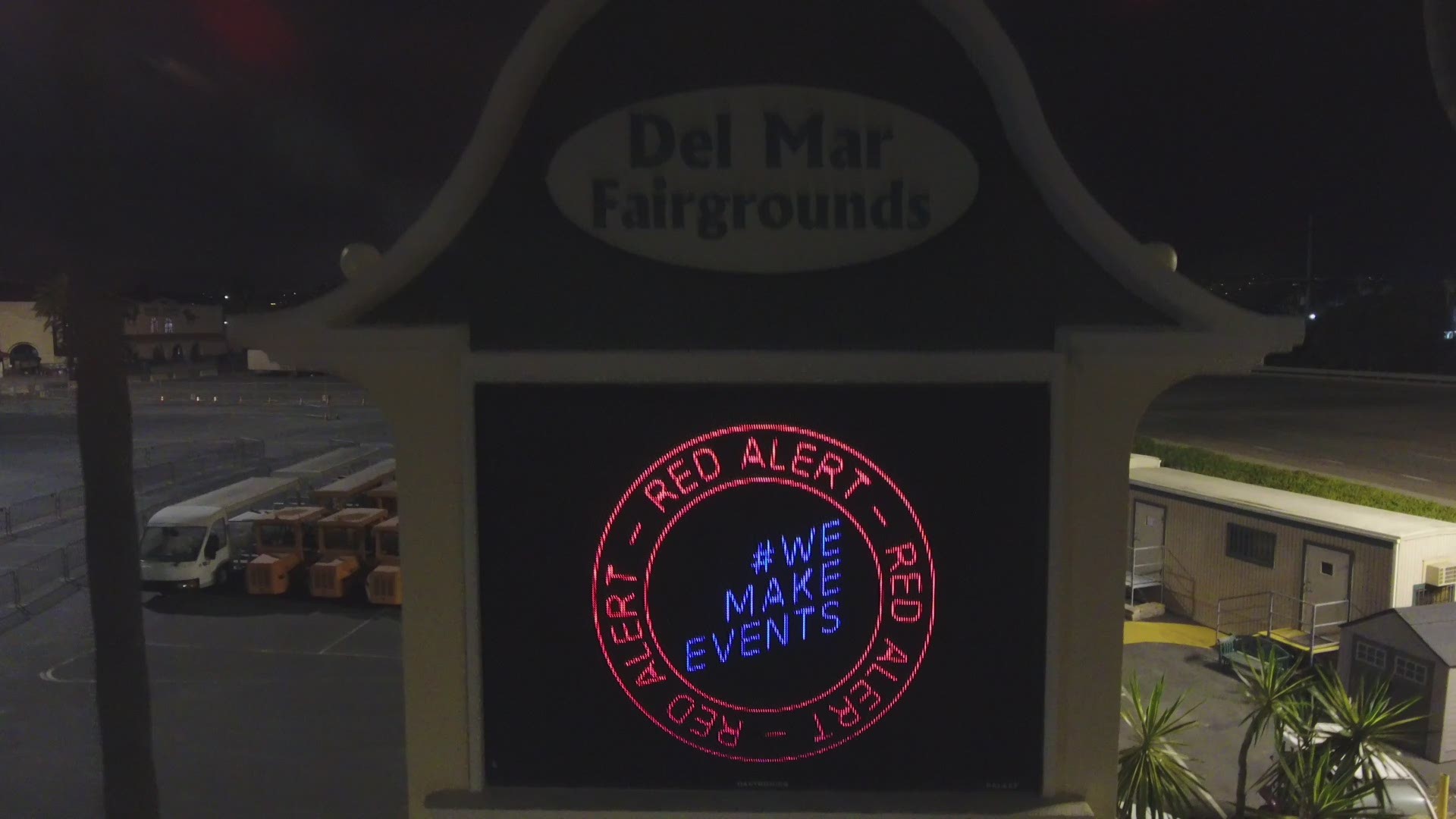 "Hey, we exist. Right now we are the forgotten industry and there is no hope in sight," said Mike Cociela, with Westward Entertainment and a member of San Diego Event Coalition.

The coalition is a grassroots effort to create a safe return-to-work guide. He said the county has them their blessing but not the state. Under the governor's new reopening plan live events and concerts are not included and event workers are confused as to why crowded streeteries, swap meets, and movie theaters are able to operate.

"We are not looking to go back to work doing the same events in the past, today. We want it to be safe. We don't want anybody to get sick," said Hellman. "We just want to get to the other side of this. If they don't think it's safe for us to go back to work just help us out, at least financially."

The San Diego Event Coalition said businesses have irreparably affected by the COVID-19 pandemic and bans on mass gatherings with no end in sight.

"Twelve million people nationwide and no one is speaking for us. We don't have a voice for us," said Matt Schwartz, with Pro System AV General Manager and San Diego program manager for Red Alert.