Natalie Lara says she was slammed into walls and onto the floor by bouncers at Backyard Kitchen and Tap on Garnet Avenue. 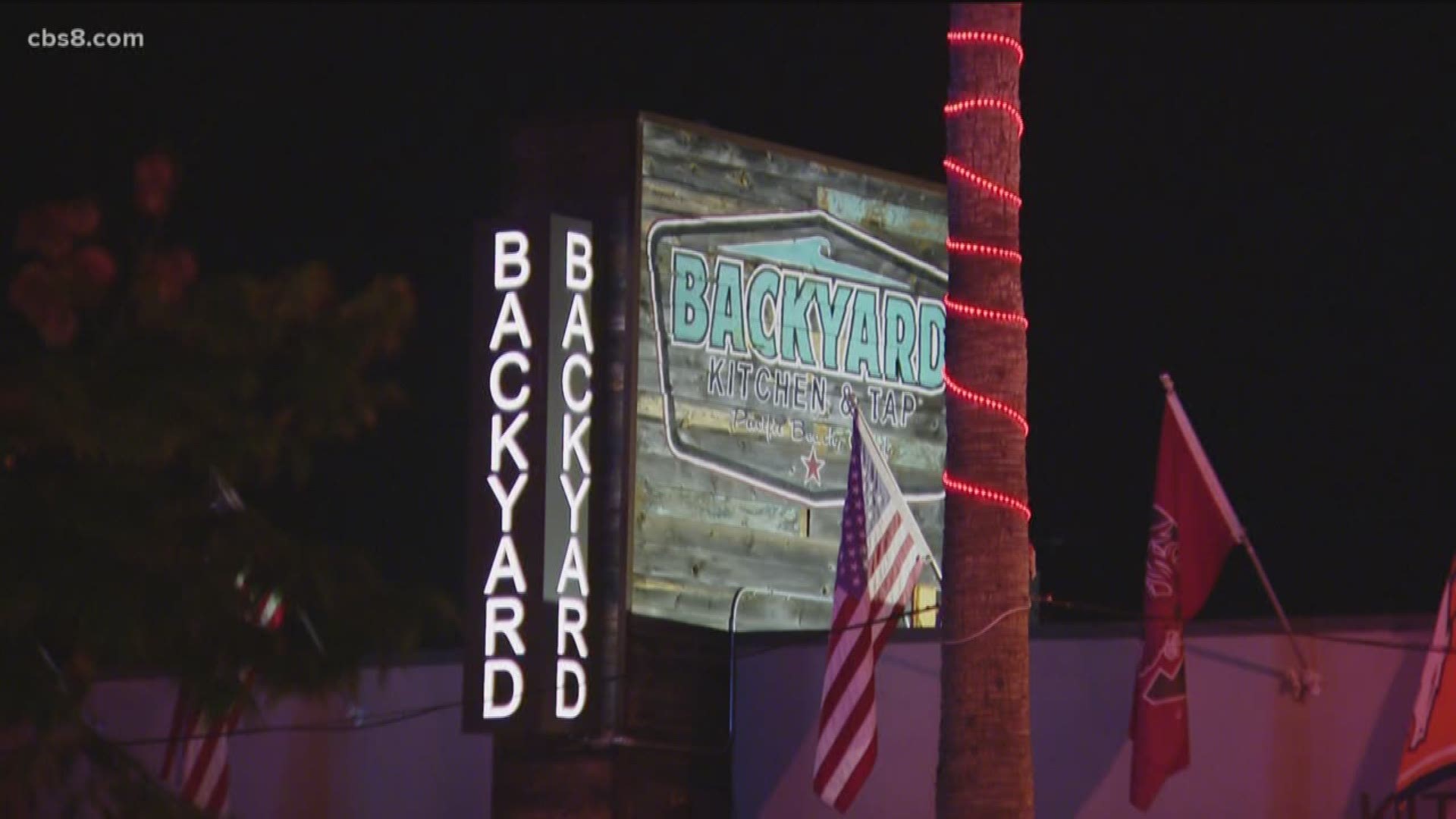 SAN DIEGO — Content warning: Images in this story may be disturbing to some viewers.

A San Diego woman says she wants to share her story and pictures after she alleges, she was injured by several bouncers at a popular spot in Pacific Beach. The incident occurred at Backyard Kitchen and Tap on Garnet Avenue, according to the woman.

Natalie Lara says she was slammed into walls and onto the floor by bouncers at the restaurant. But it wasn't until she shared her story on social media that she realized she's not alone.

Lara is shared photos showing her elbow bleeding after she says she was attacked by security guards.

"It looked like a grown man was just beating me and [they] piled on top of me,” she said.

It happened early Sunday morning Lara says. She said the incident started when she told a Backyard staff member not to push her friend then things escalated quickly.

She says she was thrown against a wall and then to the ground outside. She said she was left shaken but decided to post her experience to social media where there have been responses from others saying they have experienced similar treatment at the same restaurant. There are claims of aggression and racism with one person writing, “This is the most horrific place ever. Do not go here.”

"The policies need to change. A bar cannot run this way,” said attorney Evan Walker who says he has been contacted by several alleged victims

Grant Neag is among those and claims he was also mistreated.

"They are just being so aggressive - giving me scrapes, bruises on my face and knee,” he said.

Neag's incident caught on surveillance. He says bouncers denied him access inside the bar then ganged up on him throwing him into oncoming traffic. He says his friend suffered a broken ankle from the incident.

"If this is still happening this needs to stop,” Neag said.

His friend has now filed a lawsuit against Backyard claiming assault, battery and negligent training by the staff.

In a statement Backyard Kitchen and Tap responded by saying:

"We take any complaint of this nature seriously. Our investigation contradicts the allegations made by this individual."