San Diego's newest eviction moratorium begins next week. What happens when it ends? 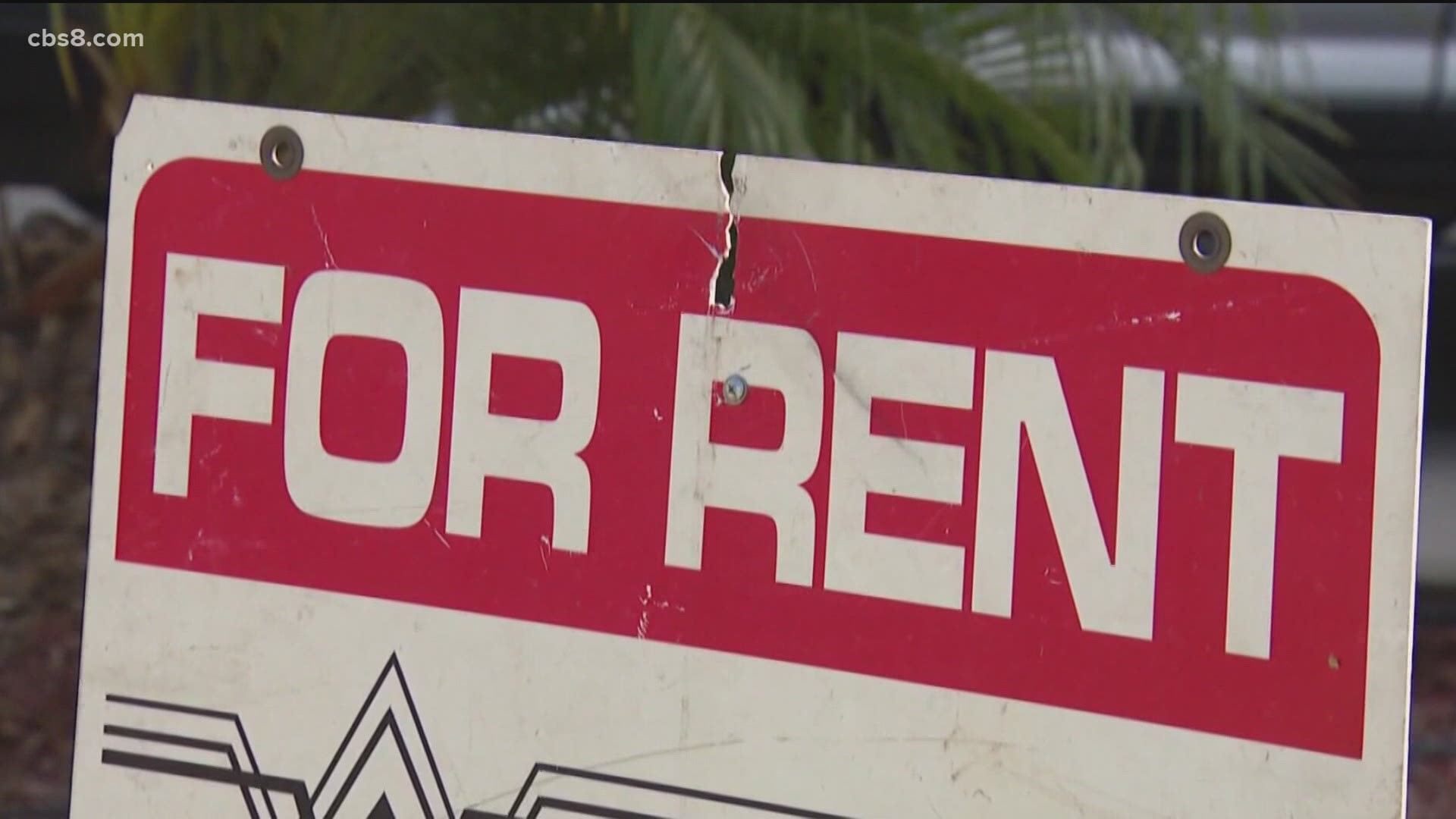 SAN DIEGO — San Diego County’s new eviction moratorium takes effect June 3. It was passed by the Board of Supervisors earlier this month as a 60-day extension of the existing statewide moratorium, which is set to end June 30.

It also limits the reasons why a person can be evicted.

“San Diego as a region, as a county has just never had any protections like of all. If you look all over California, it’s a major region. None of the cities have rent control and the only significant protection it has is statewide,” said Grace Martinez, the San Diego Executive Director of the Association of Californians for Community Empowerment, which advocated for the county’s moratorium.

The moratorium faced opposition from landlords who expressed concern about its impact on the housing market and said they have been patient as moratoriums have been extended throughout the pandemic.

“This doesn’t have to be some horrible fight and condemning the other side, but this is really about making sure that people are safe,” said Martinez.

However, interest has been less than initially expected.

Under the ordinance passed, rent will not be completely forgiven for renters who are behind on payments. Instead, in exchange for forgiving 20% of what is owed and not pursuing eviction, landlords will recoup 80% through the state’s rent relief program.

Martinez believes language barriers and a lack of knowledge about renters’ rights are hindering applications. She also believes some landlords are interested in selling their property to either recoup losses or cash in on high home prices.

“If nothing is done and no one does anything politically or if there isn’t a push to change things, it’s real that I do see a whole bunch of eviction notices coming out, 60-day notices, and the very system that we have will be overwhelmed again,” said Martinez. “Every time we tell people ‘here are your rights and this is where you need to go,’ my sense is that there’s a sigh of relief and then also people asking ‘is that it? Those are the rights we have?’ Right now, this will have alright? And, if you want more, you actually have to organize and fight for it.”