The study found that while there were no reports of marijuana- related visits to the emergency room in 2016, eight visits were reported last year. 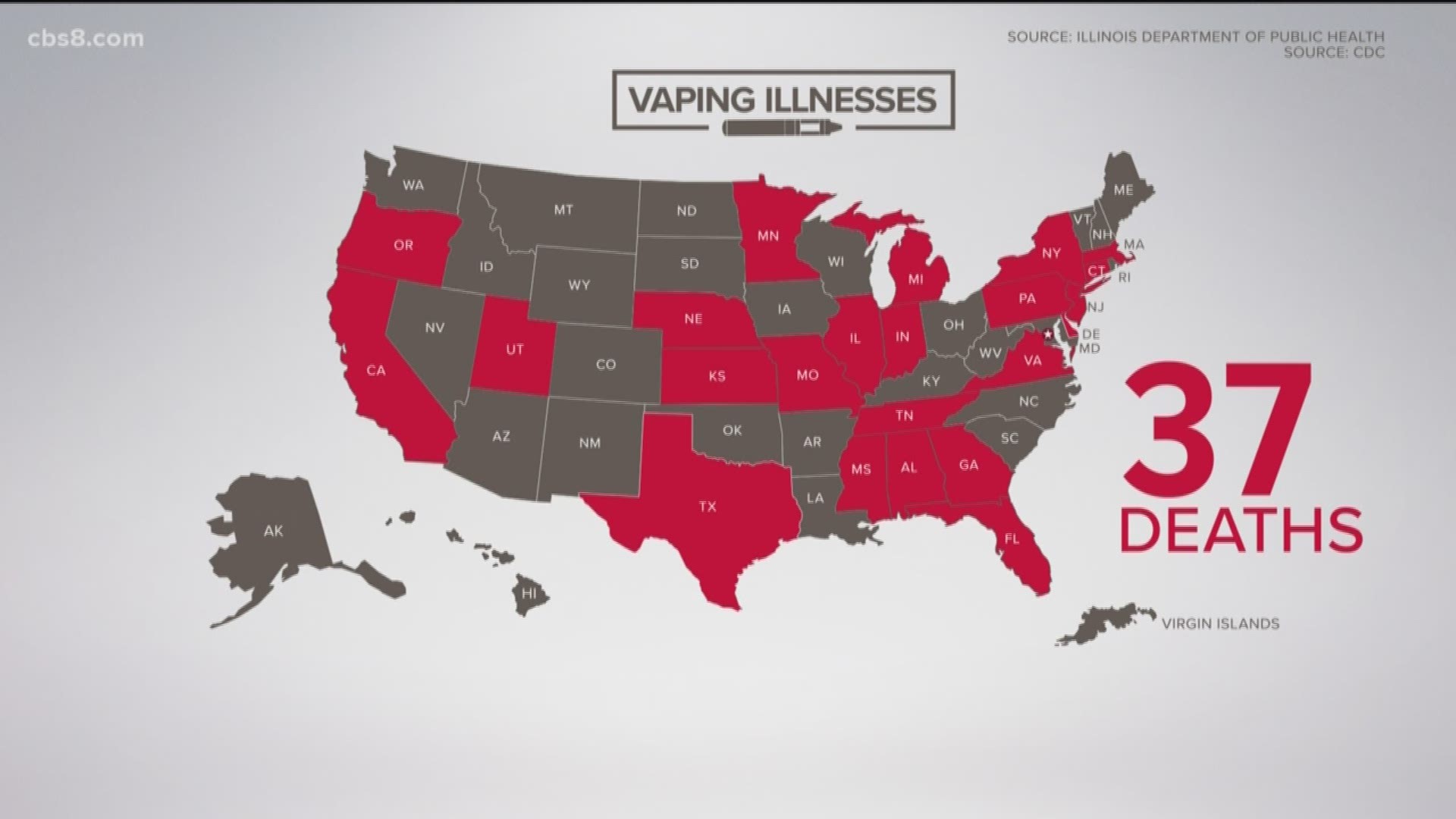 SAN DIEGO — Tetrahydrocannabinol (THC) vaping rose in 2018 among those in the county justice system, the San Diego Association of Governments reported Friday.

According to the report issued by SANDAG's Criminal Justice Research Division, among those arrested in 2018, 70% of juveniles and 61% of adults reported vaping THC, up 66% and 53%, respectively, from the previous year.

RELATED: US vaping illnesses rise to 1,888 with pace picking up again

Titled "Marijuana Use Among San Diego Arrestees: Two Years of Data Post-Proposition 64," the report found that in 2018, 71% of adults and 53% of juveniles felt marijuana potency of had increased since they started using.

The study also found that while there were no reports of marijuana- related visits to the emergency room in 2016, eight visits were reported last year. Other findings include:

- About two-thirds (66%) of adults and 57% of juveniles surveyed said they were more likely to use marijuana after legalization;

- 56% of adults think marijuana can impact the ability to drive, and among this group, 51% reported they had driven under the influence, and;

- 45% of adults over the past year reported obtaining marijuana multiple ways, including at recreational dispensaries (89%) and on the street (77%).

Although the numbers stemmed from interviews with people involved in the justice system, they highlight "some important trends we have been monitoring since Proposition 64 legalized marijuana for recreational use for users 21 years or older," said Cynthia Burke, SANDAG Criminal Justice Research director.

Those trends include stronger potency, a higher overdose risk and the possibility of more individuals driving under the influence, Burke said.

A three-page summary of the report can be found below: