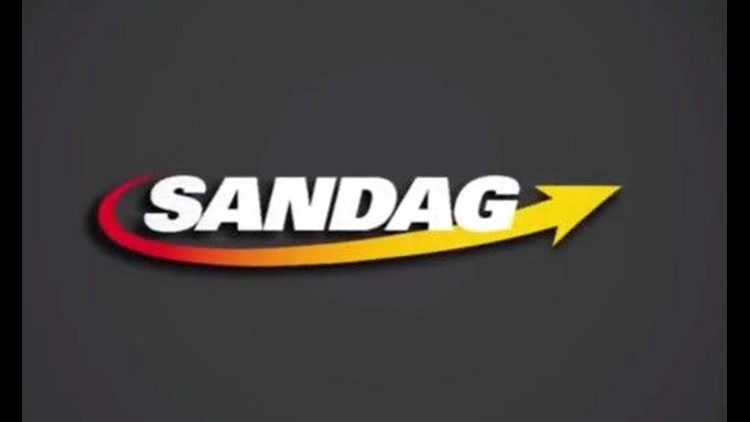 SAN DIEGO — The San Diego Association of Governments will begin the last of two weekends of rail work on Saturday, requiring full closures of rail service between Oceanside and downtown San Diego.

In Carlsbad, crews will continue construction of a pedestrian undercrossing at the Poinsettia rail station by installing fencing and railing as well as grading and pouring the station's platform ramps. The $33.7 million Poinsettia Station Improvements Project also includes the installation of longer passenger platforms, a relocation of the station's eastern rail track and new fencing between the station's tracks.

In San Diego, crews will continue work on the Elvira to Morena Double Track Project and the Mid-Coast Trolley extension, which is being completed concurrently and will extend Metropolitan Transit System service 11 miles from Santa Fe Depot in downtown San Diego to University Town Centre.

The $192 million double track project will add 2.6 miles of double track from state Route 52 to Balboa Avenue and connect to an already existing span of double track that will total 10.3 miles once connected. The Elvira to Morena project is scheduled to be completed later this year while the Mid-Coast extension is on track for completion in 2021.

San Diego work crews will also continue bridge construction work near Friars Road at the site of the $93.9-million San Diego River Bridge Double Track Project, which will add nearly a mile of doubled railroad track across the river and result in a seven-mile stretch of continuous double track along the LOSSAN corridor.

The projects, with the exception of the Mid-Coast extension, are part of SANDAG's Build NCC (North Coast Corridor) program, the first phase of a 40- year, $700 million effort to repair and expand vehicle and rail transportation infrastructure throughout the county. Build NCC, which began in 2017 and includes construction in Solana Beach, Encinitas and Carlsbad, is scheduled to be completed in 2022.

Once the full 40-year program is completed, the county anticipates adding a total of 13 miles of new carpool and high-occupancy vehicle freeway lanes, 1 1/2 miles of doubled railroad track, seven miles of bike and pedestrian paths and more than 1,200 acres of restored and preserved coastal habitat land.

RELATED: A new bill would require SANDAG get voter approval for funding changes