The lawsuits allege that six priests sexually abused the victims while they were serving as altar boys or during other church activities. 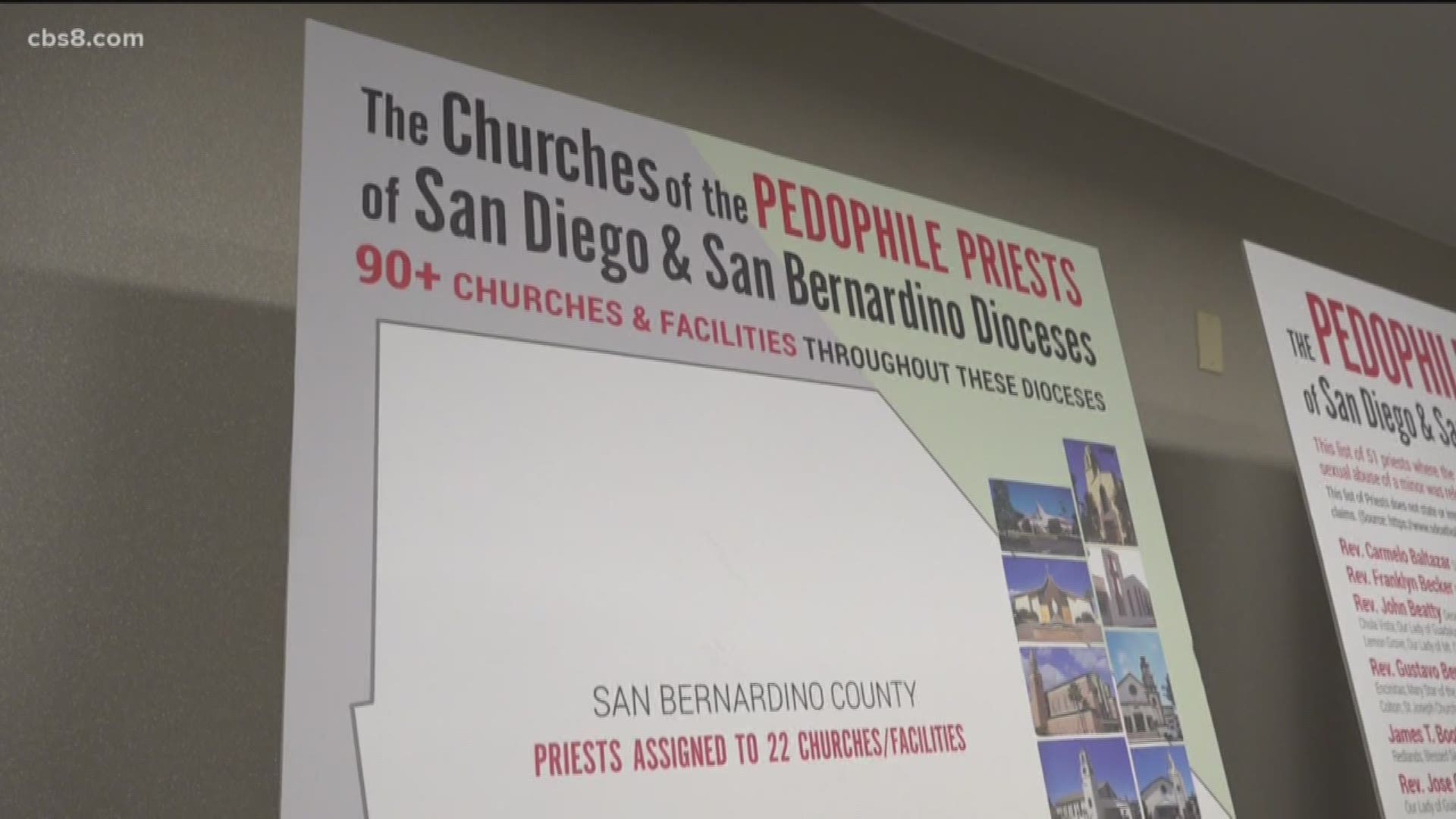 SAN DIEGO — Content warning: This story describes incidents of sexual abuse which may be disturbing to some readers.

Multiple lawsuits were filed on Thursday against the Catholic Diocese of San Diego and numerous local parishes on behalf of alleged victims of childhood sexual abuse, with recently enacted legislation allowing such legal action even if the alleged abuse occurred outside of the statute of limitations.

The suits allege abuse in the 1960s and 70s by now-deceased priests who operated throughout San Diego County. The victims were previously unable to pursue legal action against the Diocese, but recently enacted AB 218 expands the statute of limitations and opened a three-year window starting this year for victims to file suit.

Attorney Irwin Zalkin said that each time abuse was discovered, priests were simply moved to other parishes where they could continue their behavior, with free access to new victims.

According to Zalkin, the Diocese routinely dealt with the problem of "bad priests" by sending them to desert communities, "where they thought they could hide, where they thought that the people there -- mostly Hispanic -- would not speak up, and they would be out of the limelight, so to speak."

At a news conference Thursday, 72-year-old Eddie Ortega of Valencia Park opened up about the sexual abuse by a San Diego priest he said he suffered when he was 11 years old.

"The paster of the school molested me three different times," Ortega said.

"The molestations were brutal - they were violent," said Ortega. "Anything that you could possibly think of. A rape happened to me by this man Father Sheridan. It was so violent that he made me bleed."

Father Gregory Sheridan is one of six now-deceased priests who local victims identified in six lawsuits filed against the San Diego Catholic Diocese by Zalkin's office Thursday on behalf of 20 victims. Zalkin said around 60 additional lawsuits are still being prepared and will be filed within the next 60 to 90 days.

"This is only the beginning," Zalkin said at Thursday's news conference. "Now (the victims) have a chance to be heard and to hold this Diocese accountable."

RELATED: New wave of abuse suits could hit church like never before

Four of the 20 plaintiffs in the lawsuits sat next to their boyhood photos during the news conference.

"That's what they looked like when they were sexually abused by priests within this diocese," Zalkin said.

Ortega said the suit doesn't change the past but called it a good start.

"Closure doesn't take away the scars and the wounds that we carry," he said.

Among the priests targeted in Thursday's lawsuits are:

-- Robert Koerner, who worked out of a parish in Calipatria;

-- Alexander Pinter, who served in Vista;

-- Anthony Rodrigue, who served in La Jolla, Lakeside, Encinitas, Poway and other locations in Riverside, San Bernardino and Imperial counties;

-- Gregory Sheridan, who served in San Diego, Ramona, and Fallbrook.

Kevin C. Eckery, vice chancellor and diocese spokesman, released a statement Thursday decrying the actions of abusive priests and urging victims to contact the church for compensation and counseling, which they can receive whether or not they decide to take legal action.

"Regardless of the legal issues involved, we have a moral obligation to provide assistance to any victim-survivor of that abuse and we would urge their attorney to contact us so that counseling can be arranged at our expense," Eckery said. "There are no prior conditions and the offer of counseling stands regardless of any lawsuit against the diocese. The sexual abuse of minors is evil, regardless of when it happens, but as a result of various reforms in 2002 and earlier, including mandatory Safe Environment training for clergy and all church workers, annual age-appropriate safety training for students in Catholic schools and religious education, enhanced criminal background checks and enhanced awareness and vigilance, no new incidents of abuse have been reported to the diocese in nearly two decades."

Zalkin said the diocese has offered settlements to the plaintiffs from a victim compensation fund established last fall, but he considered the amounts offered -- around $200,000 each -- "an insult."

Zalkin also called the compensation fund offers a "convenient apology" that only came about once AB 218 was introduced, when the diocese "knew the statute of limitations was about to change, when they knew that they were going to be exposed to lawsuits and multi-millions in damages."

RELATED: Child sexual abuse lawsuit to be filed in 2020 against San Diego Diocese

Read the full Catholic Diocese of San Diego statement regarding the lawsuits: 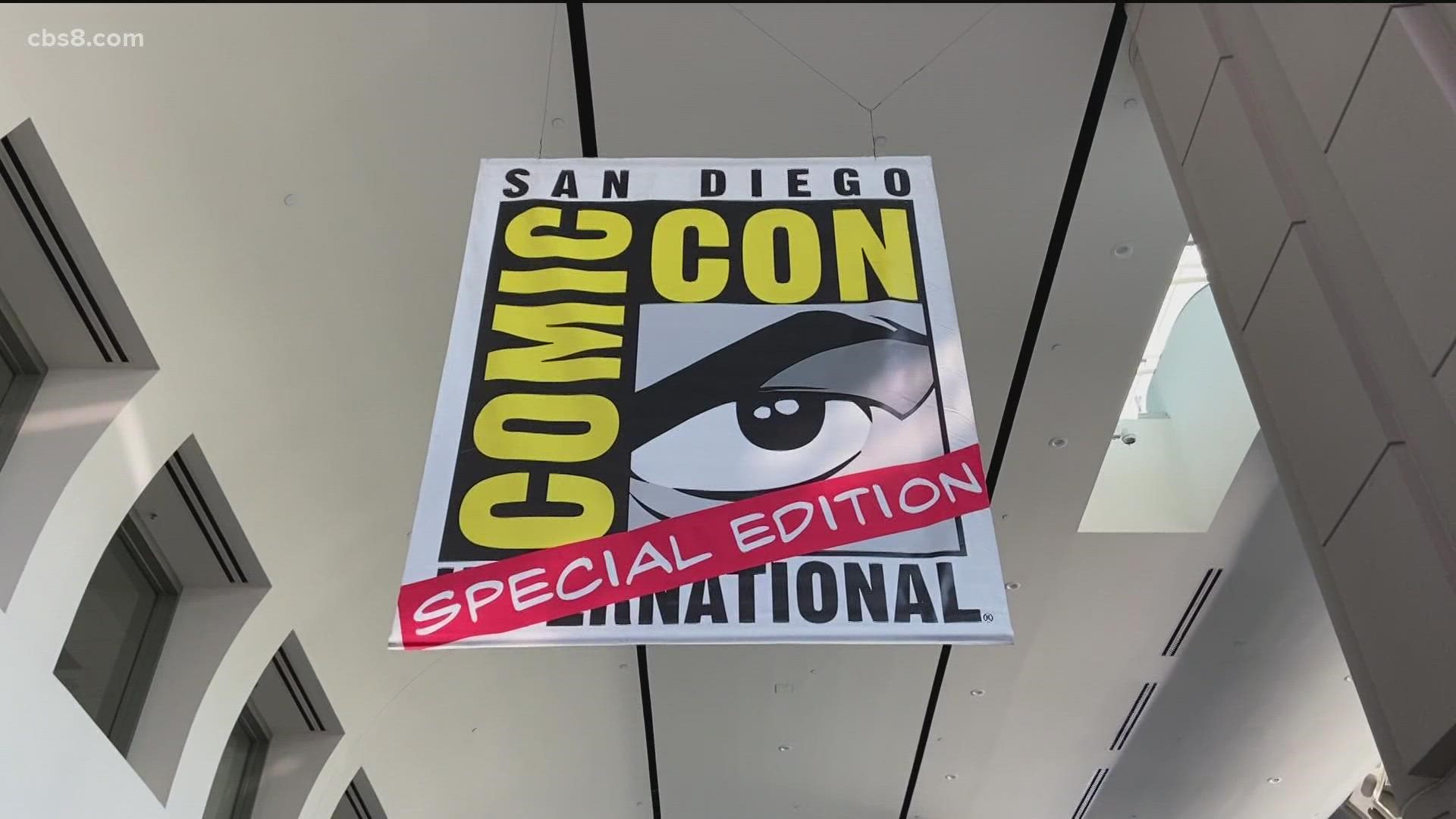