Santee and La Mesa extend curfews for a third night

The third night of curfews comes a day after demonstrations remained relatively peaceful on Monday in Balboa Park, although arrests were made. 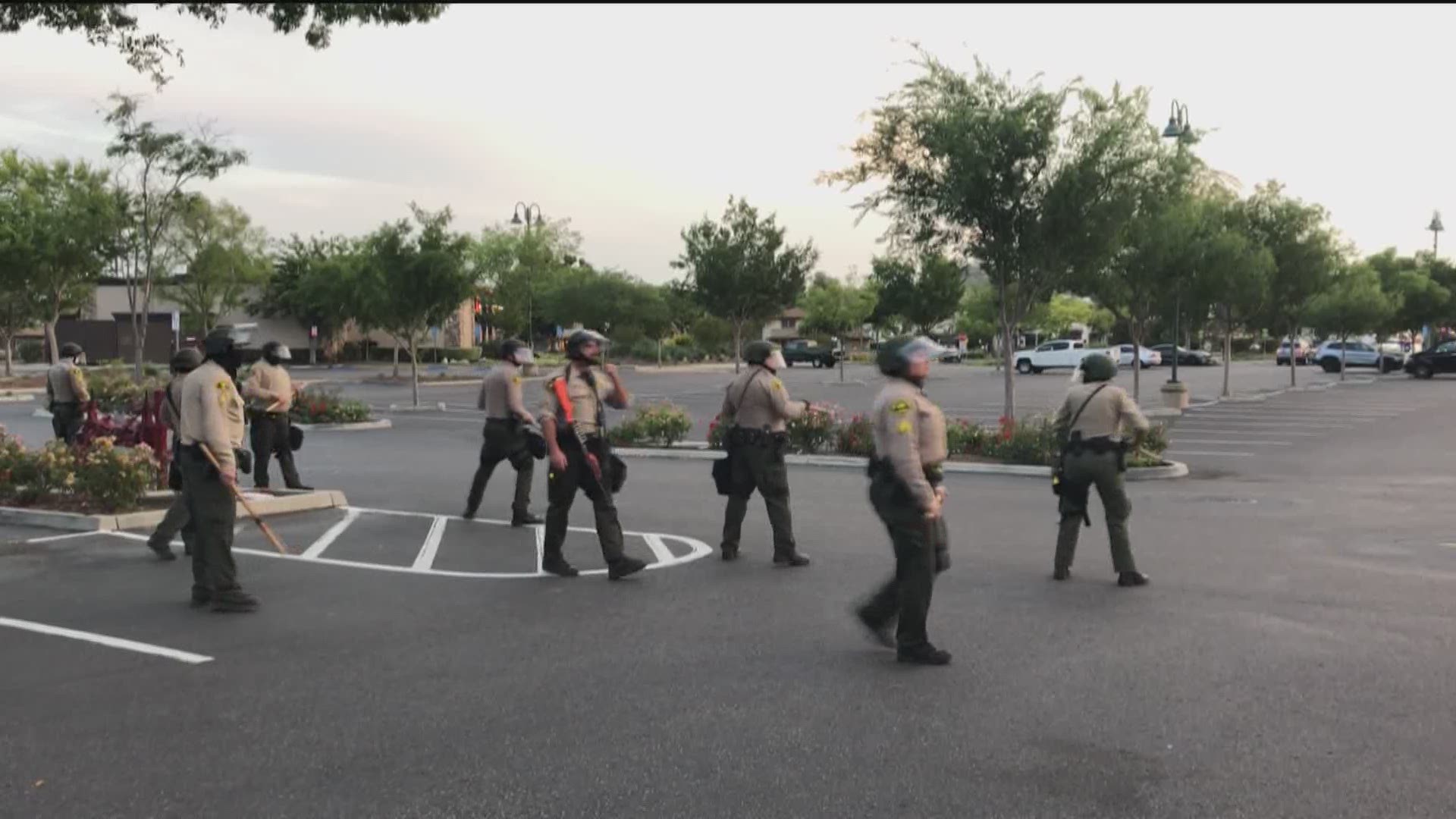 For a third night in a row, the cities of Santee and La Mesa have extended their curfew order.

The Santee curfew will be in effect from 7 p.m. Tuesday night until Wednesday at 6 a.m.

During this time frame, residents of La Mesa are encouraged to shelter in place (in a safe environment) for their personal safety.

The third night of curfews comes a day after demonstrations remained relatively peaceful on Monday in Balboa Park, although arrests were made.

A peaceful protest, made up primarily of marching students, was held in Balboa Park Monday afternoon and was followed by demonstrations outside the San Diego and Escondido police headquarters as well as in the Hillcrest neighborhood.

The cities of El Cajon, and Poway have not, as of this publication, announced an extension of their curfews.

RELATED: Family of San Diego woman shot in the head with non-lethal round demand action