One resident had an engine end up in his sunroom and found an oil plug, a sensor, a control knob, and ducting that appear to be from the plane, but also other items. 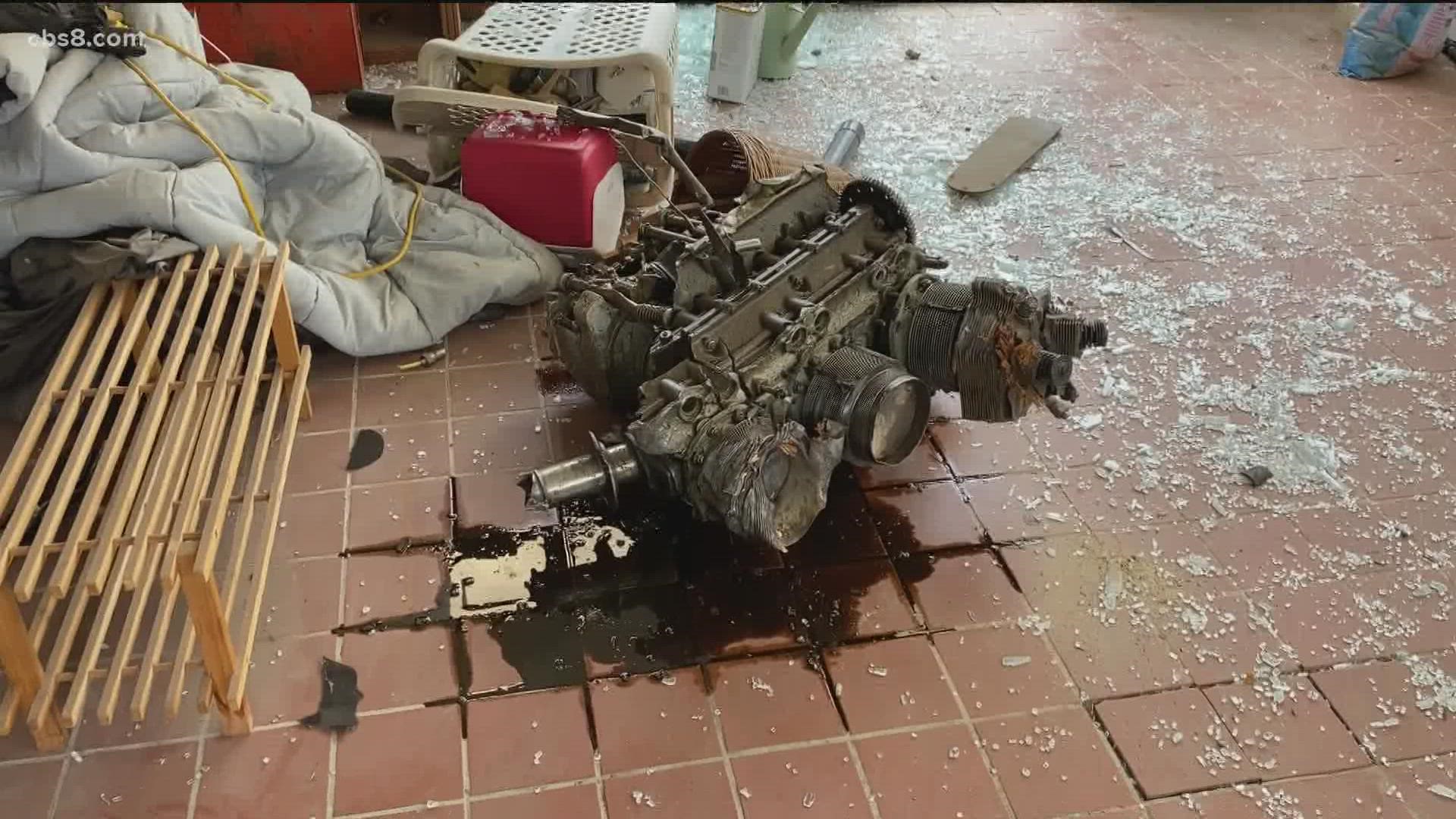 SANTEE, Calif. — The National Transportation Safety Board now has most of the wreckage from Monday’s plane crash in Santee and will begin piecing together why a twin-engine Cessna went down. Wednesday morning, streets in the neighborhood reopened to traffic and residents began seeing the damage firsthand.

“At first I thought it was an earthquake,” said Clyde Revilee.

Clyde lives half a block away from where the crash happened, but the impact shook his house. Clyde came outside and saw smoke.

Clyde didn't realize it at the time, but one of the plane's engines landed in his sunroom. It took some work, but he finally figured out how it happened. The impact of the crash sent the engine airborne and it slammed into his roof. The engine then spun into his house, where it created a huge hole in a wall. After that, it bounced off the ground and crashed through the glass door to his sunroom.

“Glad it stopped when it did,” Clyde said. “Because I wasn't that far from it.”

Clyde has also other parts of the plane on his property. While News 8 was there, he discovered an oil plug, a sensor, a control knob, and ducting that all appear to be from the plane. Clyde believes the force of the impact sent those parts flying in his direction, but what he can't figure out is how several items from a neighbor’s home also ended up in his backyard.

Clyde found a fishing lure, the window frame from a camper, and a spring from a garage door opener that was still attached to a wood post. Clyde isn’t really sure what to do with the items he’s found but does plan to hold onto the plane’s parts in case the NTSB wants to take a closer look.

“I'll keep it here for a while and then if they want it, they can have it," he said.