Local group aiming to save popular mural at SDCCU Stadium

The stadium is being demolished, but there is a gem amongst the rubble that a group of San Diegans are trying to save - a huge mural of a cheering crowd. 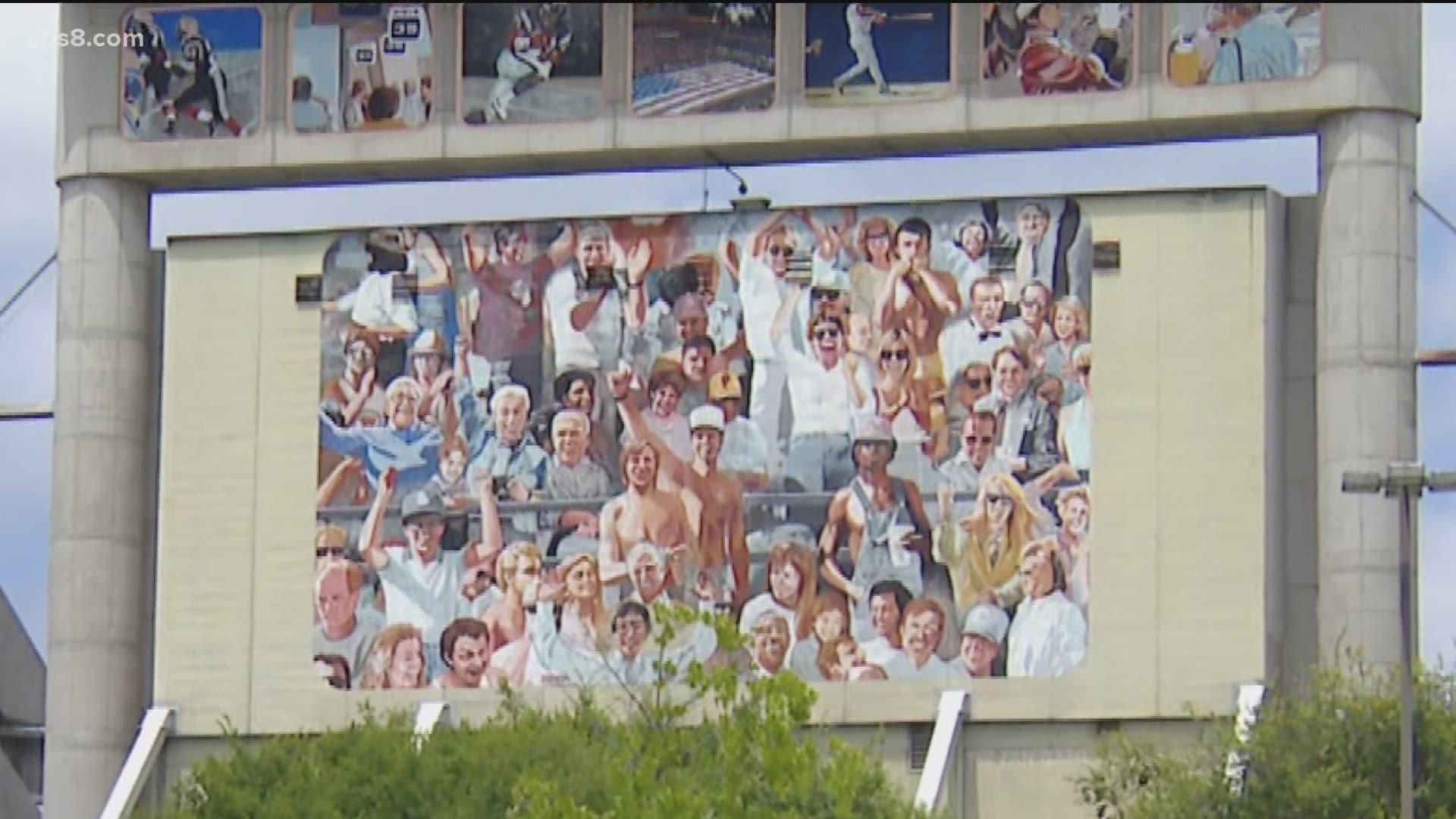 SAN DIEGO — Over the last few years San Diego has been mourning the loss of its football team, and now the stadium they played in.

"The stadium has meant more to the city than just football and more than just baseball. This is a place where generations of fathers have taken their children to first football game, first Padres game," said Ernesto, who only wants to be identified by his first name and is part of Save the Mural movement.

He says it doesn't have to end with this piece of history being destroyed as well. The group has been trying to save this mural, painted in 1989 by artist - Mario Uribe, as is.

The movement's videos taken by @ernezyo and it's messages have gone viral.

The painting features real San Diegans. "These are members of the community that are featured in that mural," said Ernesto.

It is one of the last things standing as the stadium is being demolished to make way for San Diego State's new $310 million, 35,000-seat multi-use stadium.

San Diego State responded to our inquiries with statement saying in part:

"The stadium mural, due to its size, condition, and substrate is cost prohibitive to save. When a mural can't be saved as is, SDSU has developed protocol to record it in detail and display it elsewhere. SDSU has already documented the mural through high-resolution photography and video taken from a flat angle to eliminate distortion. These files will be archived in special collections and university archives at the SDSU library.  In addition, images of the mural are being used in a public exhibit within the new Aztec Stadium."