The Federal Trade Commission said a spike in illegal calls is leading to an increase in money being scammed from consumers. 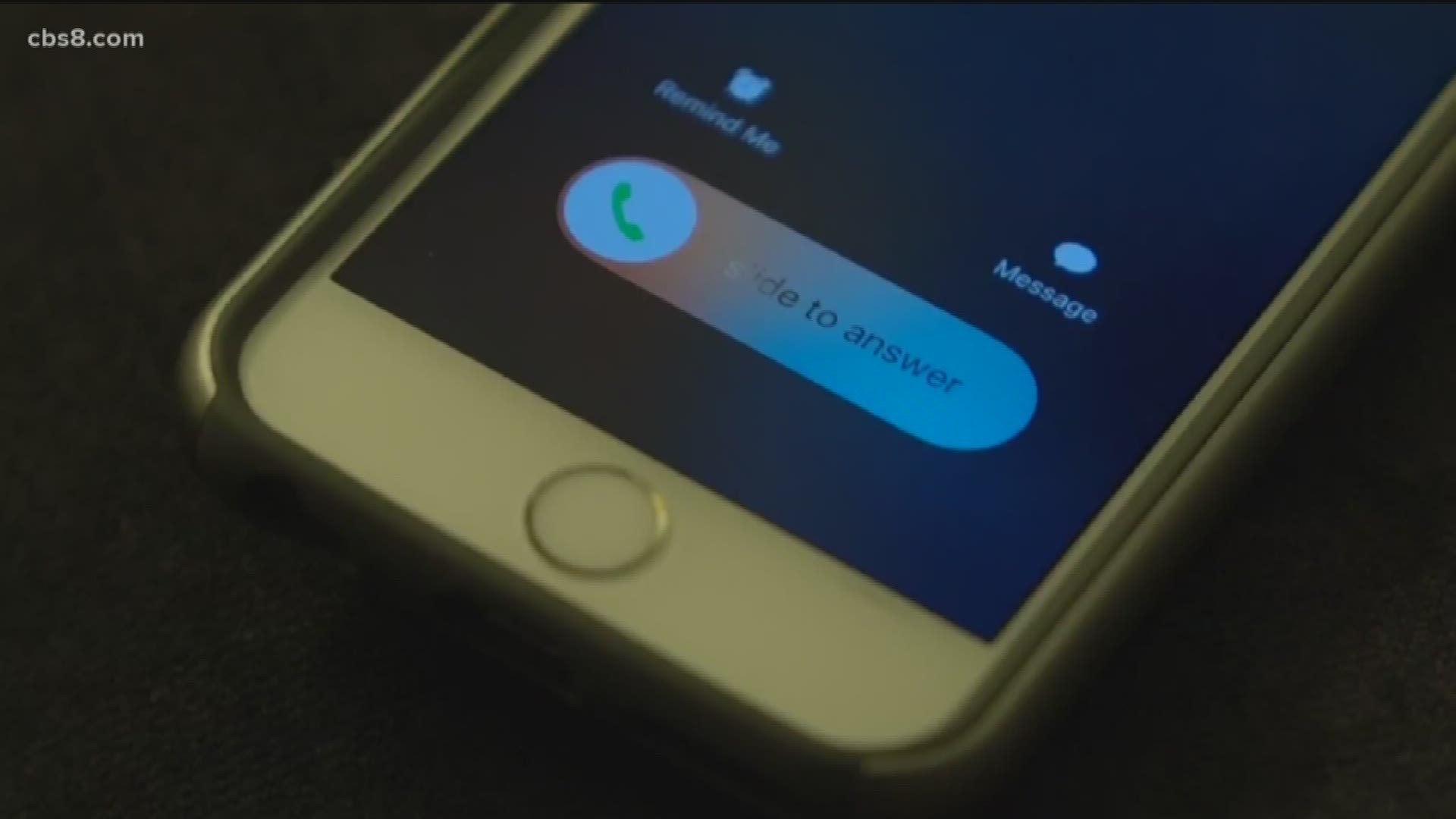 SAN DIEGO — If you have been receiving more and more of those robocalls – you are not alone.

The Federal Trade Commission said a spike in illegal calls is leading to an increase in money being scammed from consumers.

Those who let the call go to voicemail usually get a message like this:

“This call is from the Department of Social Security. The reason you have received this phone call from our department is to inform you that we just suspended your social security number because we found some suspicious activity.”

Andrew Turner is of the many who has received a similar message from someone claiming to be the social security office saying if he did not respond his social security number would be deactivated and he would have to pay to reactivate it.

“It was alarming because they were stating that I had a warrant. When you that, you can’t help but to want to call right away to see what it is. It is really scary what they are able to do now,” he said.

Linda Karimi, who works at the Better Business Bureau of San Diego, said the social security scam is just the latest in what the Federal Trade Commission said is a massive spike in the number of robocalls nationwide.

The BBB said scam calls usually come from a number that may look familiar. When someone picks up or calls back scammers ask for personal information, including credit card information to solve a problem that does not really exist.

“People fall for it because they are convincing, intimidating – they are using pressure tactics. People who are the most targeted are unfortunately seniors, younger people and the Hispanic communities,” said Karimi.

The BBB said one can protect oneself by not answering, blocking numbers and doing research before ever sending anyone money.

The BBB said there are apps that can help block robocalls, but nothing is 100% effective. Adding one’s name to the national do not call lists and blocking the numbers when they call can help reduce the number of calls, but thanks to technology, not all scammers will be stopped.