Scooters will cruise into Chula Vista

While some residents see electric scooters as a sign of revitalization in Chula Vista, other residents remain optimistically cautious. 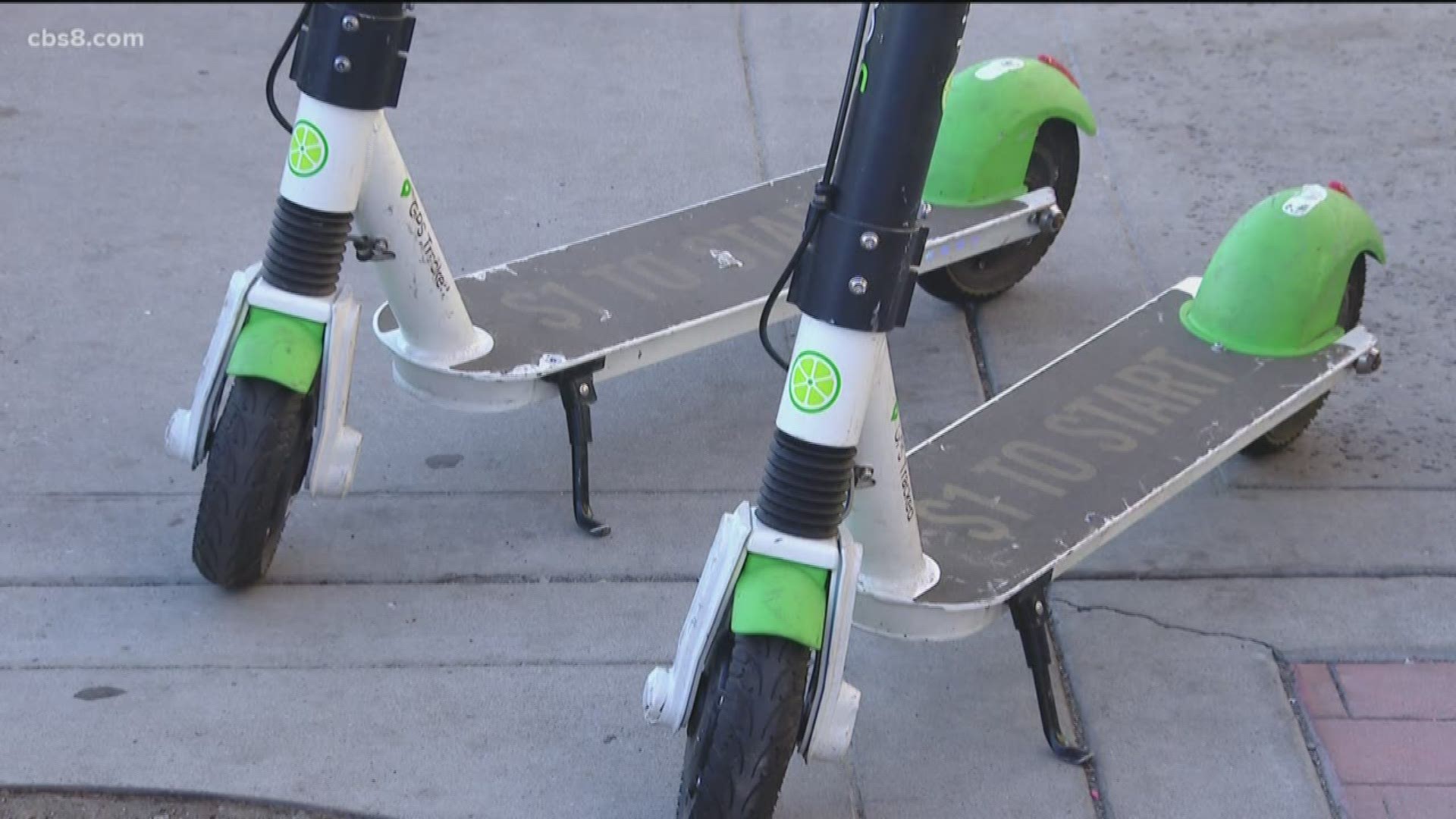 While some residents see electric scooters as a sign of revitalization in Chula Vista, other residents remain optimistically cautious.

“My first thought was, I am going to listen to people complain. With the hole renaissance of 3rd Avenue, whatever brings more people to the area is better for any of the independently owned businesses on the street,” said James P. Darves, Chula Vista Open State Playhouse director.

Lime will be the first scooter company to officially launch in Chula Vista as part of its first shared mobility pilot program.

City engineer Bill Valle said each company will be able to deploy up to 500 scooters initially, but the city will have a 5,000-scooter max.

Scooter permits will cost $2,000, and $70 for each scooter. Riders will not be able to go faster than 15 MPH, and/ or cruise on sidewalks, geofencing will be required, and Southwestern College will be off limits.

“It is a game changer when it comes to micro mobility and transit,” said Bill Valley, City of Chula Vista engineer.

Scooter in San Diego, however, have been controversial.

“People tend to leave them wherever they want, and they tend to really not care where its placed and makes the city look ugly. That's what a lot of people say,” said Chula Vista resident, Katherine Loya.

“The scooter is not a toy. It is really a mobility device, and people need to be responsible just like they would be responsible for riding a bike down the street,” said Valle.

“Safety is really important down here because it is a nice area to be walking, and if they are going to be run over, we are going to lose that traffic,” said Ursula Ellsworth, at Ursula’s Hair with the Flair.

The City of Chula Vista will use data to help with infrastructure improvements and potential parking corrals.

On Sunday, Line and the city will host a First Ride event that will include safety, regulations, and free helmets.