Scripps Ranch woman claims gas was siphoned from her truck

Debbie says the gas bandits made off with about half of the 24-gallon tank. 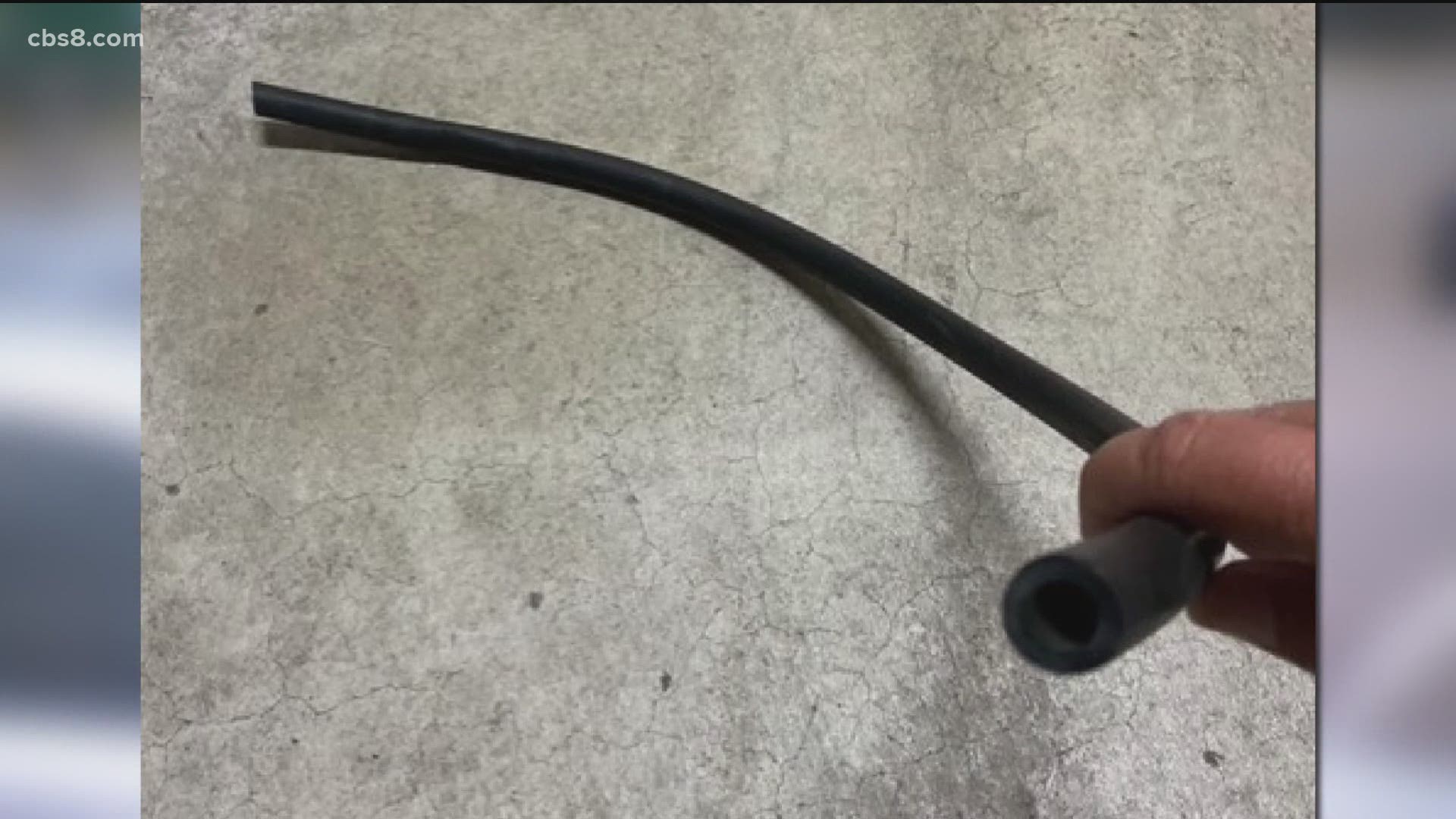 SAN DIEGO — When the check engine light lit up Debbie Thompson’s Dodge Ram truck on Thursday, she made a note to show it to her husband that night. The family lives in a quiet part of Scripps Ranch and were shocked when they investigated the gas tank cover, found that it wasn’t sitting flush over the tank.

“When we pulled it off, this tube was still stuck inside,” Thompson said, holding up the thick rubber hose.

The tube was used to siphon gasoline from Thompson’s truck. Debbie said the gas bandits made off with about half of their 24-gallon tank.

According to AAA, the average price of a gallon of regular gas in San Diego County is roughly $4, the highest it’s been since November of 2019.

Thompson posted her story to Nextdoor and got a wave of positive support from her neighbors.

But, a neighborhood watch won’t be around 24/7, which is why she’s installed a locking gas cap, so the gas thieves can’t strike again.