Living in an area like Scripps Ranch may be serene, but some insurance companies can deem it a risk for wildfires. 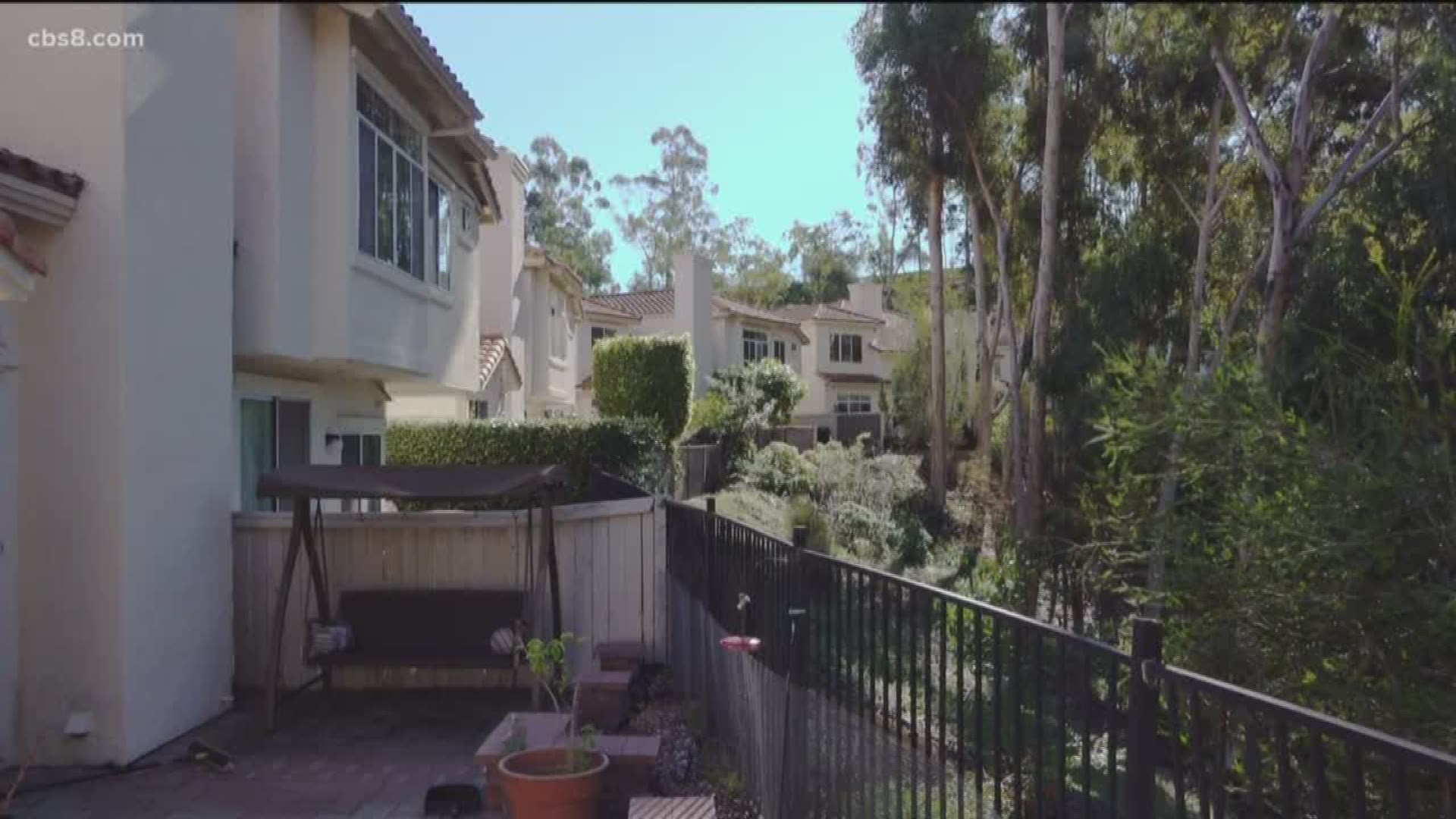 SAN DIEGO — A San Diego woman is speaking out after she said her home insurance wasn't renewed because the property was deemed a wildfire risk. Lynn Gotlieb lives in Scripps Ranch and shared her story with News 8.

Living in an area like Scripps Ranch may be serene, but some insurance companies can deem it a risk for wildfires. That's what happened to Lynn who lost her home in the 2003 Cedar Fire.

Now after nearly a decade in her new home, she said AAA suddenly decided it can no longer cover her for fear of fire.

Lynn said the canyon in the back of her home has always provided some peaceful privacy.

"I like this rather than looking into peoples’ backyards,” said Lynn.

But that open space has now become a source of concern. In a letter, AAA deemed her property a wildfire risk and said Lynn’s homeowners insurance will not be renewed next year.

"I wasn't prepared for this to happen,” she said. “They didn't give us much preparation for it. It was pretty devastating.”

Lynn knows first-hand just how important coverage is after her previous home was one of more than 2,200 burned to the ground in the Cedar Fire

"There's no feeling like walking up to your home and it looks like a war zone,” she said. “It was horrible.”

Just this month, the insurance commissioner issued a one-year mandatory moratorium in California to stop insurance companies from not renewing the policies of those living in wildfire-impacted areas.

Lynn said she asked AAA why this didn't affect her community and said they didn't have a clear answer.

News 8 reached out to AAA for comment and they sent a statement saying in part:

"Over the past few years, we saw a need to re-evaluate our exposure to future catastrophic fire events.  Based on that evaluation, we must take steps to remove homes that present the highest exposure to wildfire. We are identifying only the very high-risk homes to be non-renewed based on physical proximity to brush."

According to AAA, less than 1% of their policyholders are not-being renewed.

Lynn said she's looking at other options but hopes her story will encourage others to speak out on an issue that hits close to home.

"I wish there was something that could be done. That's why I’m doing this. Let us have insurance."

According to the Auto Club, it can legally make these changes partly because the moratorium issued this month did not include zip codes in the San Diego area because there were not recent major fires in the region. They said they offer their policyholders getting cut assistance to find new insurance.