The fair taught residents about everything from fire safety to smoke alarms and even exit drills from the home. 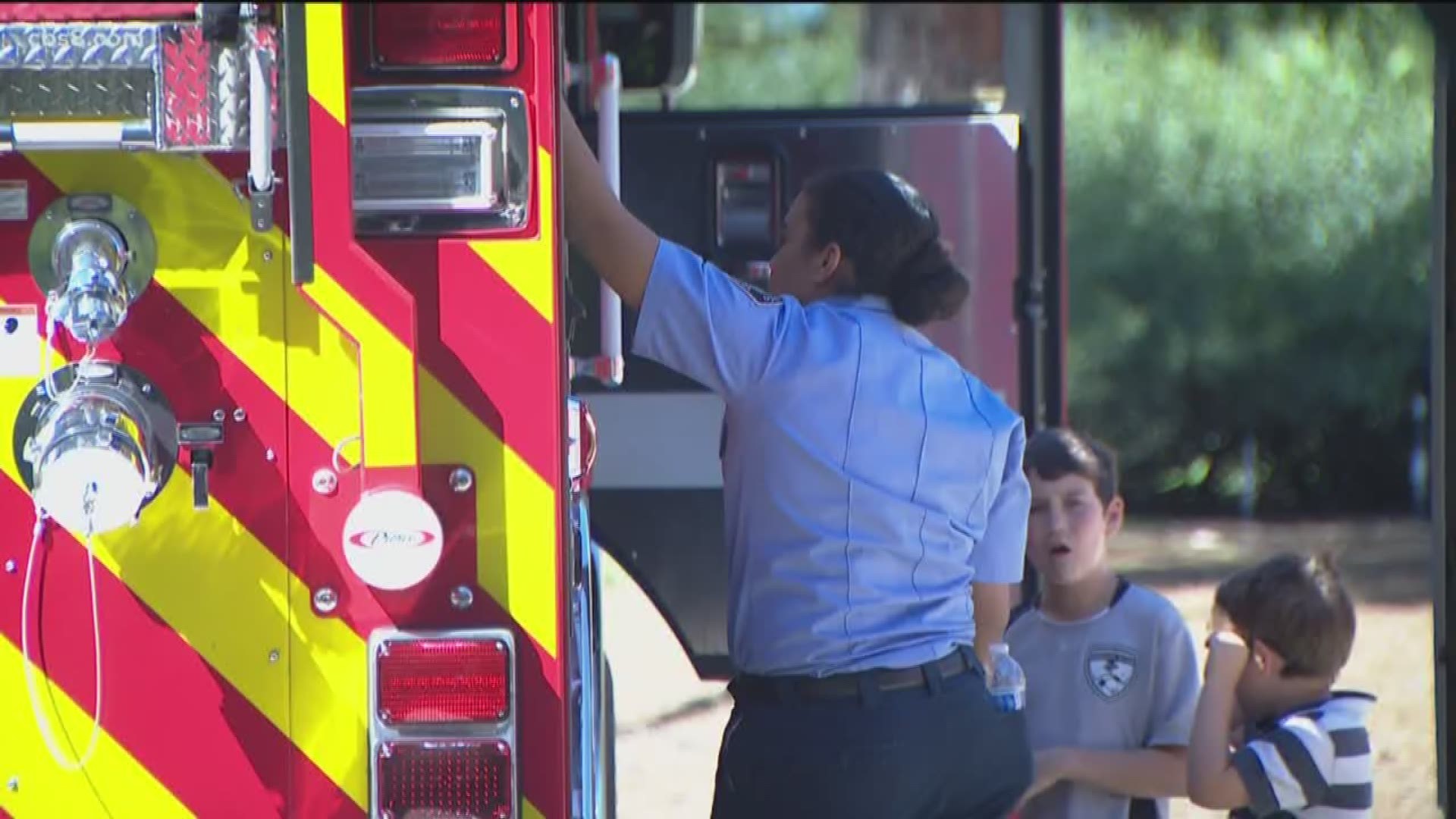 SAN DIEGO — When it comes to wildfires, Scripps Ranch residents say you can never be too prepared. The area was hit hard in 2007 by the Witch Creek Fire, so the community hosted a wildfire preparedness fair Saturday.

"Wildfire season is now year-round in San Diego, we know this, so it's important right now to think about what to do in case of a wildfire and have that evacuation kit and keep those important papers handy,” said Dave Mason of the Scripps Ranch Fire Safe Council and also a radio host of 100.7 San Diego.

"People become complacent, and I will admit I am the same way, we forget how devastating the wildfires can be; I've been here through both the major wildfires; when it happens, people will go 'oh my gosh, what do I do?,'” Mason said.

Little kids tried on firefighter jackets and hats while exploring the inside of a fire engine and ambulance. Some also learned CPR chest compressions.

"We're also using it as an educational chance to make sure people understand about safety, smoke alarms, exit drills in the home, all the things that go along with fire prevention,” said San Diego Fire Marshal Doug Perry, who has 43 years of fire service experience.

So many at the preparedness event know of the devastating Witch Creek fire firsthand.

"That was a pretty traumatic time for this neighborhood,” said longtime Scripps Ranch resident Phil Kopp. "We've been through it a couple times."

"Actually this week, we went and we got extra supplies because of the power outages in Northern California and filled our cars up with gas and got extra cash because we heard that store’s credit card machines didn't work," Kopp said.

Fire officials say there is no better time than the present, to prepare.

"The timing couldn't be better because we're just now coming out of the Red Flag warning," Perry said.