Spaces as Places allows for outdoor areas for dining, walking, biking and other activities. 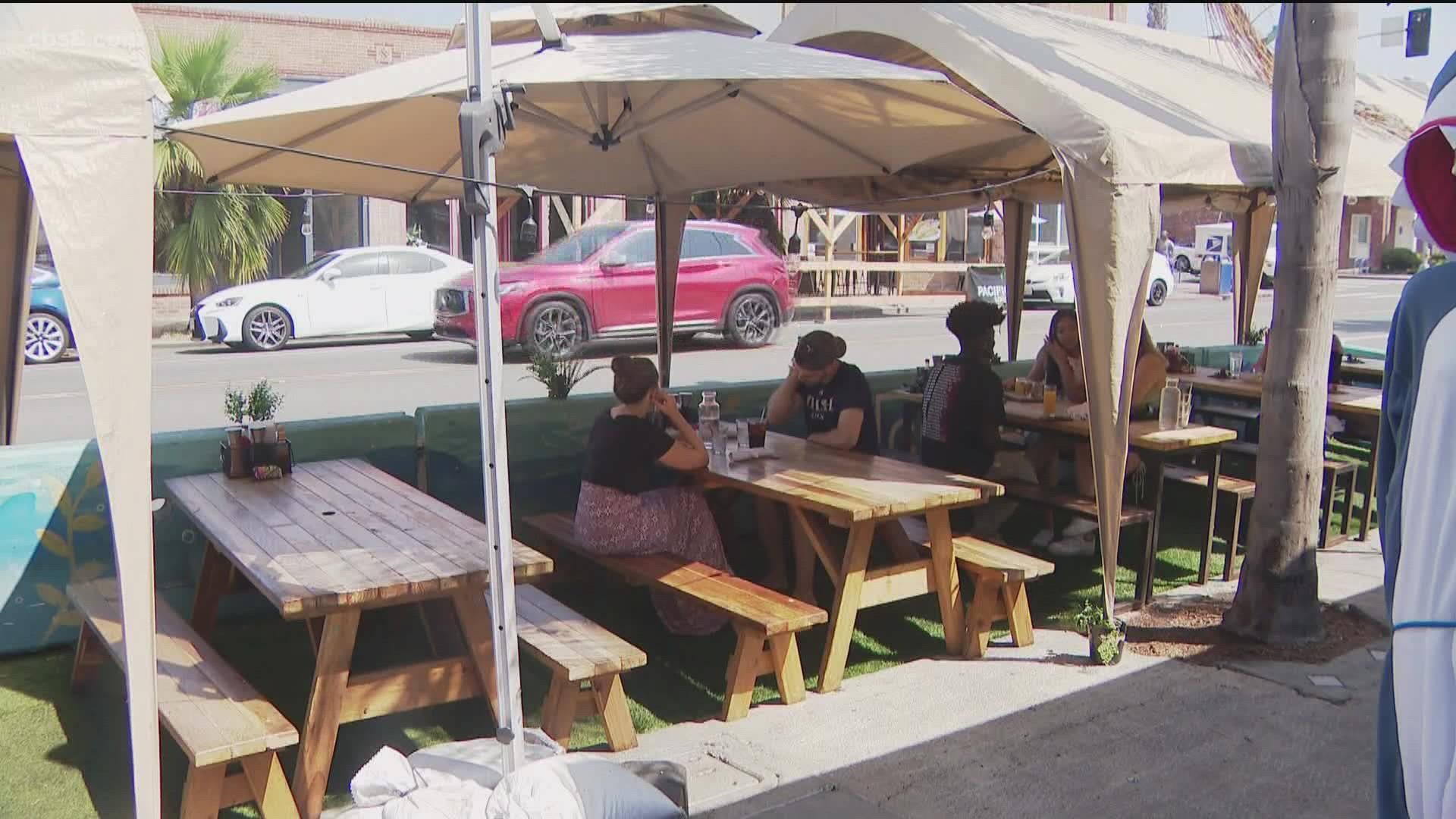 SAN DIEGO COUNTY, Calif — The San Diego City Council Tuesday tentatively approved the Spaces as Places program, which will permanently allow outdoor dining and other amenities in spaces previously envisioned as temporary during the COVID-19 pandemic.

Spaces as Places allows for outdoor areas for dining, walking, biking and other activities, and provides ways for temporary outdoor structures to become permanent installations, according to the city.

The council's vote was 6-2 in favor the program, with Sean Elo-Rivera and Joe LaCava opposed, while Chris Cate was absent.

The ordinance originally proposed limited "streetaries," or outside dining establishments, on streets with a speed limit of 25 mph or less. Six council members voted to amend that ordinance to allow streetaries on streets with limits up to 30 mph. Elo-Rivera and LaCava said they wanted to keep the limit to 25 MPH or less.

Mayor Todd Gloria, who originally proposed a permanent outdoor dining program, said he was proud that the City Council approved Spaces as Places.

"Spaces as Places also allows for whole-street closures to create promenades and will ensure long-term options that are safe, equitable and accessible for all San Diegans," Gloria said.

Earlier this year, city staffers began collecting feedback from community members and business owners on the benefits of the program. Staff members then crafted locational, design and permit requirements to continue the use of outdoor areas. They also designed a manual for streetaries, active sidewalks, promenades and outdoor dining on private property.

According to Gloria's office, Spaces as Places targets businesses in traditionally underserved communities to ensure outdoor dining investments, along with bicycle and pedestrian improvements, are equitably distributed across the city.

"We're proud to have a program that will strengthen and enhance our neighborhoods by encouraging more opportunities for people to gather with others in safe and comfortable outdoor spaces, all while supporting our city's economy," Hansen said.

The Spaces as Places program will take effect for business owners 30 days after the City Council's second reading of the ordinance, which is expected in November. Before taking effect in seaside communities, the program would also need state Coastal Commission approval, according to Gloria's office.

On Aug. 4, 2020, the council approved an emergency ordinance allowing temporary outdoor business operations as an emergency response to the COVID-19 pandemic. This allowed businesses to conduct outdoor dining within the public right-of-way to allow dining establishments to continue to operate when indoor operations were limited due to public health orders.

In May, the City Council extended the effort through July 13, 2022. Spaces as Places was designed by the city's Planning Department and intended to transition temporary spaces from an emergency response to a permanent program with established design and safety standards.

During Tuesday's meeting, Councilwoman Mari von Wilpert described allowing outdoor dining as "one of the silver linings we've seen in what has been the horrible ordeal of the COVID pandemic."

Her colleague Stephen Whitburn said that 2020 and this year "have been incredibly difficult for our small businesses and restaurants," in part because of limited capacity laws.

"With this ordinance, we continue finding a creative solutions," Whitburn, who added that with proposed changes, "we're seeing a better and more equitable ordinance." 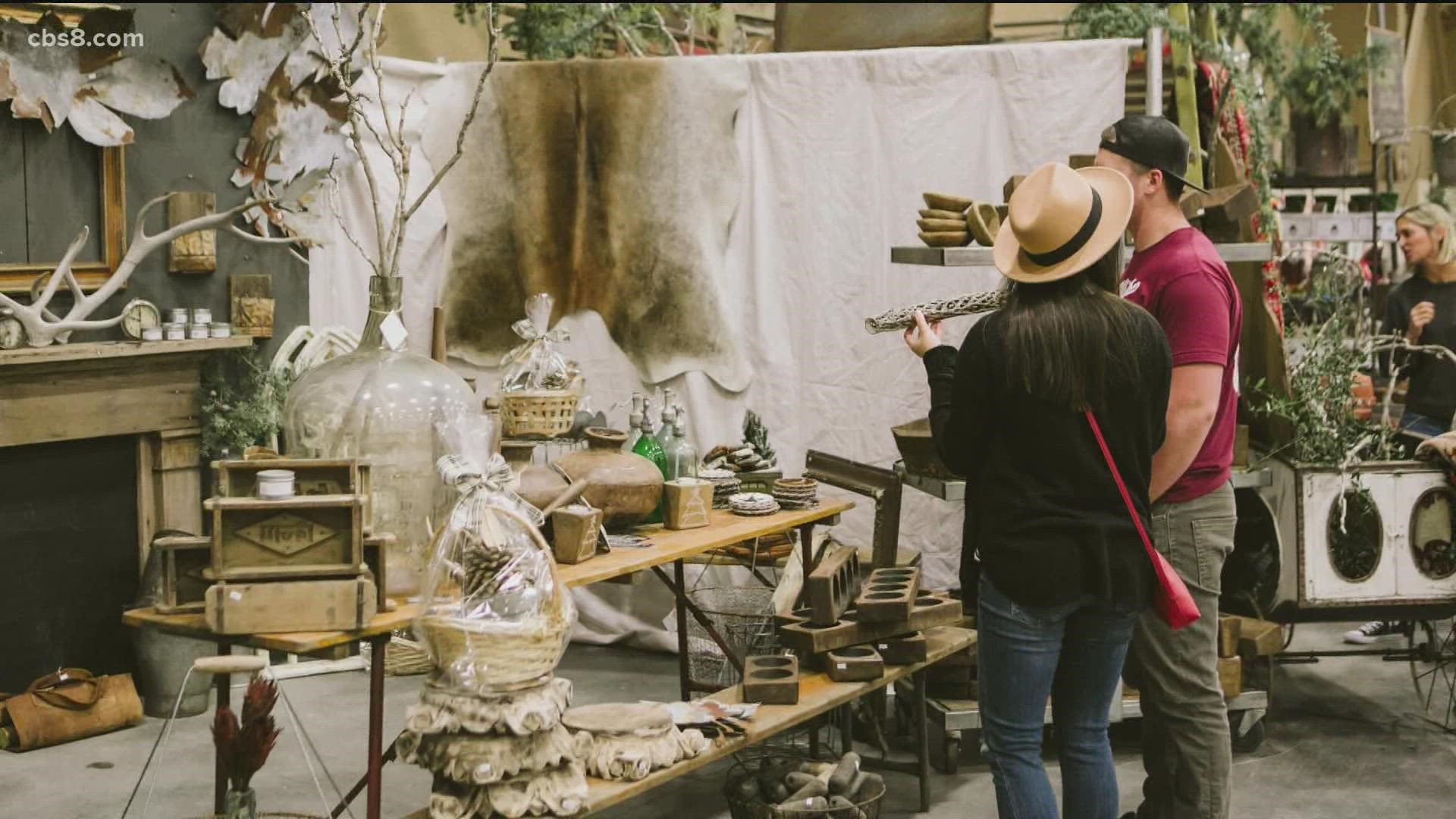