The scammers are spoofing their phone number, so it says San Diego Police Department is the one who is calling. 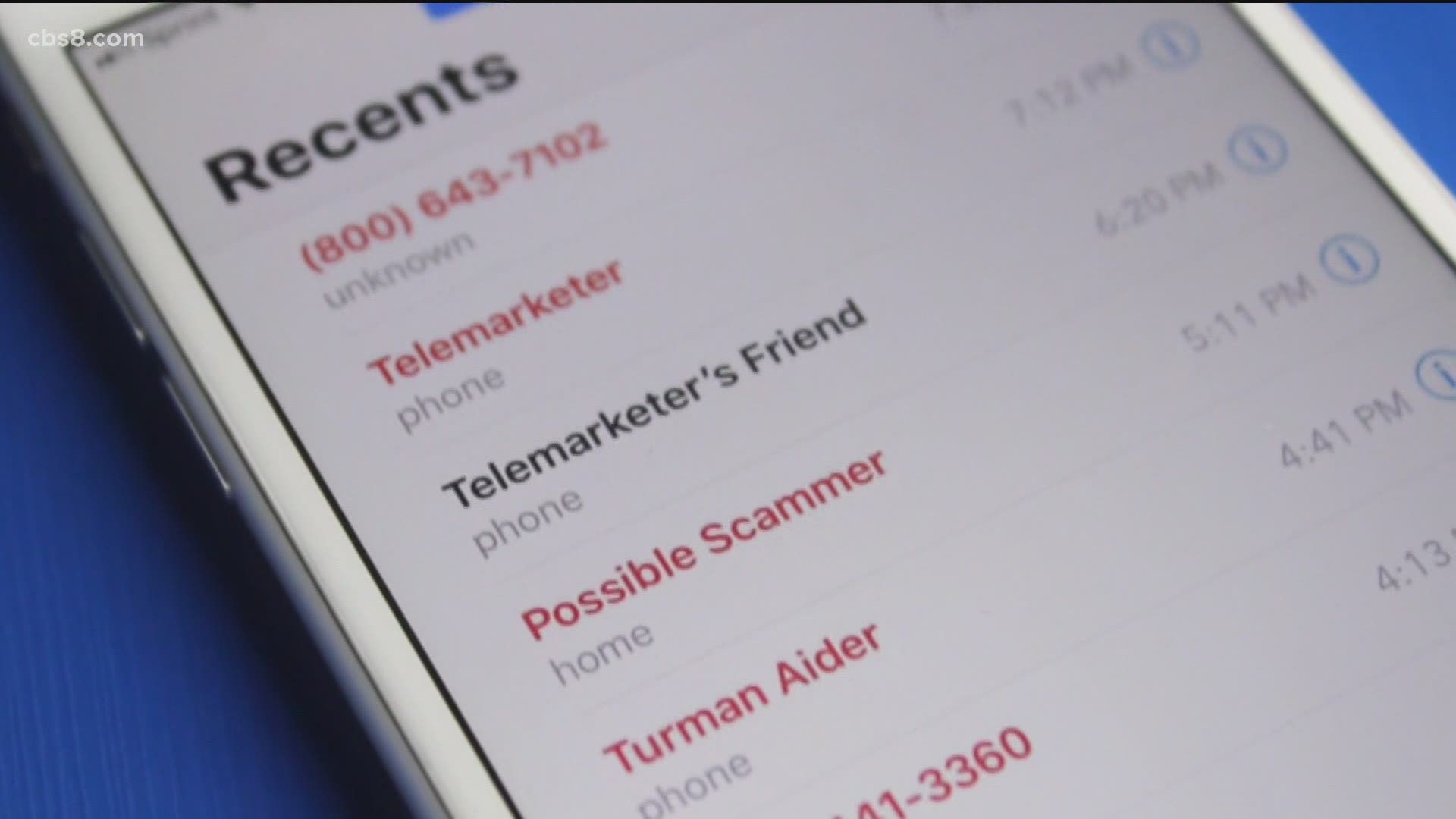 SAN DIEGO — San Diego Police are warning the public about scammers who are posing as officers on the phone and asking for money.

Many of us get multiple spam calls on our phones each day, but when the San Diego Police Department shows up on caller ID, that can be hard to ignore.

Many new spam calls are able to spoof the same area code then they proceed to ask for bank details and social security numbers.

Changing your phone number or caller ID is known as spoofing, and in today’s digital age it’s becoming increasingly easier to do. Even though we’ve become wary of picking up any calls with unknown numbers, a new scam identified by the San Diego Police Department may have people thinking twice about ignoring that call.

An officer for SPDP told News 8, “Scammers are pretending to police officers. They are demanding money, gift cards and money orders.”

According to SDPD’S Twitter page, scammers are spoofing their numbers to pretend like they’re calling from a police department. If you do answer the call, just know that officers from the San Diego Police Department will never ask you for money no matter how convincing they sound.

We have been made aware of a scam operating right now where people are making it seem as if we are calling from one of our divisions (spoofing) and asking for money.
We will NEVER call you to demand money or ask for money. https://t.co/A3it6NFtl4

If you are skeptical of the caller, simply hang up the phone and let it go to voicemail. If you are engaged by a scammer, remember to never give out personal information to people you don’t know. If the caller asks you to pay them in bitcoin, pre-paid gift cards or wire transfer, be very wary as this is most likely a scam.

While it might be obvious to some, SDPD is encouraging people to warn those who are most likely to convinced by scammers, “we ask you share this information with the elderly you may know no one falls victim to these scams more than our elderly community.”