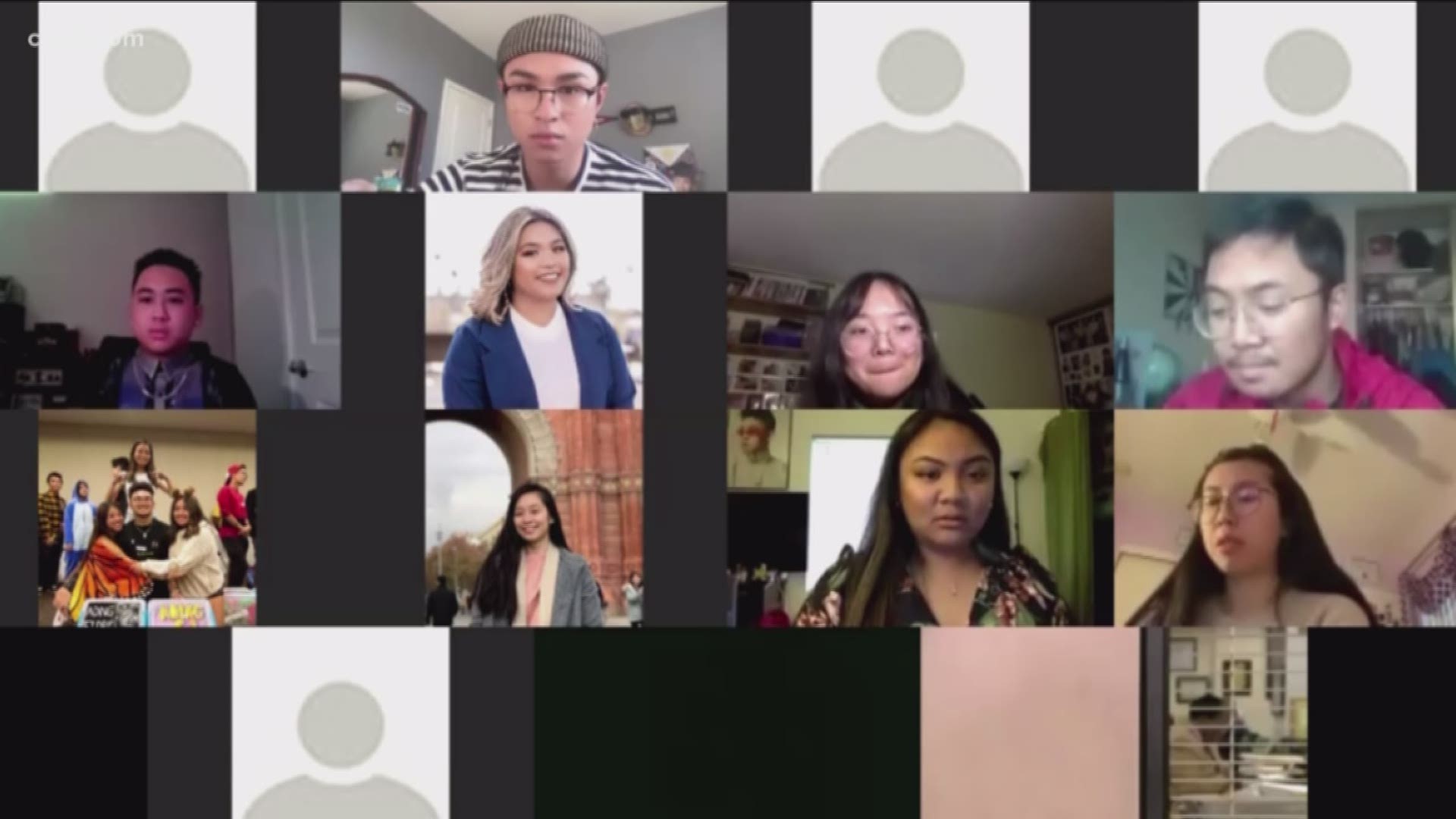 SAN DIEGO — With so many of us holding online meetings, so-called 'Zoombombing' has become a problem.

Andrés Bonifacio Samahan, the Filipino American student organization at San Diego State University, is one of the latest victims.

A meeting with more than 40 members was disrupted on Friday, April 10.
The so-called "Zoombombers" used racial slurs and derogatory language toward minorities.

"We were under the impression we were all safe in this Zoom meeting," said Lana Bautista, chairperson of the organization.

"As soon as we started hearing very discriminatory terms used against us, that's when we started feeling threatened," said Francis Cadiz, treasurer of the organization.

Cadiz said fellow members on the call were stunned.

"You could see it on their faces," said Cadiz. "Distraught, anger and disappointment, some were even crying after that [call]. It really was such a big shock to all of us."

"I felt so violated, to the point where I was physically shaking," said Bautista.

Zoombombing and security concerns have become such a big issue that some organizations have banned Zoom all-together.

Organizations like the Department of Defense, Google, and the Sweetwater Union High School District have instructed their employees not to use Zoom.

Cadiz said the hurtful language his fellow members experienced went beyond that Zoom call. He said since the COVID-19 pandemic started, some of their members have experienced discrimination in public.

"They would notice treatment they would receive is slightly different than normally what they would get," he said.

Bautista posted about the Zoombombing on social media. Though she said the majority of people were supportive, some missed the point.

"This is a real thing," Bautista said. "It's happening in the Asian community."

"I don't want to hear how I could've made the Zoom meeting private. I want to hear why people still think it's okay to say these things," Bautista added.

News 8 reached out to both SDSU and Zoom for comment.

A spokesperson for Zoom sent News 8 this statement:

"We are deeply upset to hear about the incidents involving this type of attack. We take the security of Zoom meetings seriously and in order to prevent such incidents from occurring, we strongly encourage users to arrange their settings so that only hosts can share their screens, and utilize features such as 'Waiting Room' and host muting controls. We have encouraged our education users in particular to follow the guidance contained here -- and we recently updated the default screen sharing settings for education users enrolled in our K-12 program so teachers by default are the only ones who can share content in class. We are committed to maintaining an equal, respectful and inclusive online environment for all our users regardless of race, color, religion, sex, national origin, sexual orientation and gender identity, age, disability or genetics. We strongly condemn such behavior and we encourage users to report any incidents of this kind directly so we can take appropriate action."

SDSU posted the following statement on its Facebook page:

SDSU Division of Diversity & Innovation
We stand in support with our Filipinx & Filipinx-American students. Please continue to report issues of bias to our INCLUSIVE SDSU system: https://diversity.sdsu.edu/initiatives/inclusive

RELATED: How the pandemic is impacting San Diego’s Asian community