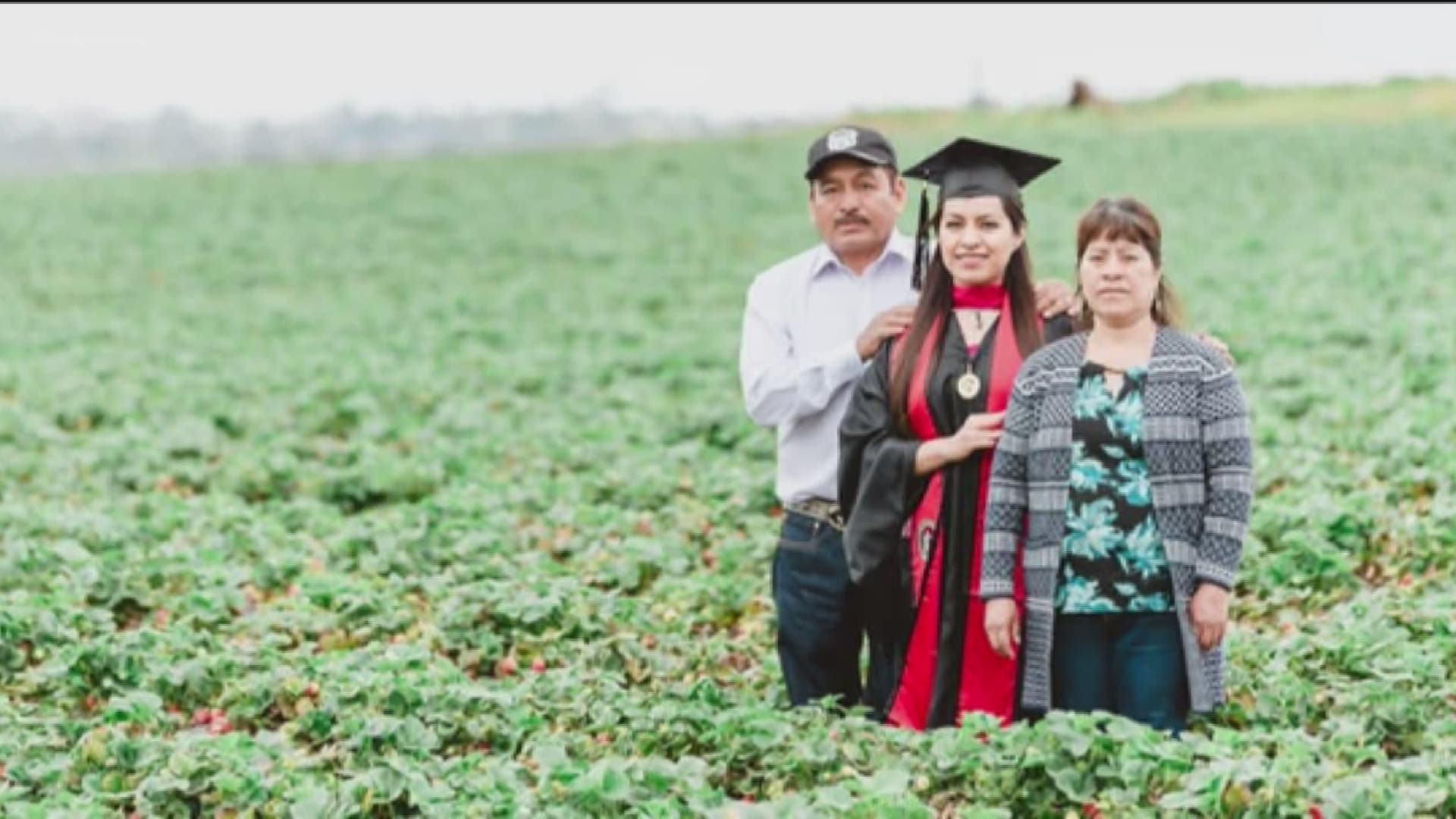 SAN DIEGO — A San Diego State University graduate’s photographs of her standing with her immigrant parents in the agricultural fields where they work have gone viral.

This month, Erica A. Alfaro graduated from SDSU with a Master’s in Education with a concentration in counseling degree.

In her initial post, Erica wrote: “Con mucho cariño le dedico mi Maestría a mis papas. Sus sacrificios de venir a este país para darnos un mejor futuro si valió la pena.” (With much love, I dedicate my Master’s degree to my parents. Their sacrifice of coming to this country to give us a better future was worth it.)

Erica recalled that when she was 14 years old, her mother took her and her siblings to work in the tomato fields during the summer months.

Erica said her mom and dad do not have any formal education and barely know how to read or write, but they always told her and her siblings the importance of getting a good education.

Erica became the first in her family to graduate college and go on to receive a graduate degree. In 2012, her brother received a bachelor’s degree.

Her younger sister is currently in community college.

Erica said she decided to take the pictures with her parents in the agricultural fields where they work because she wanted to honor their sacrifices and gift them with the pictures that have since gone viral.

“My mom cried when I showed her my cap and gown for the first time. [She] told me that her sacrifices were worth it. That all those hours in the fields were worth it,” said Erica.

Her parents met when they were teenagers working in the fields of Fresno. Her father obtained his residency during "la amnistia" of 1989, (during the amnesty of 1989).

In 2003, Erica and her family permanently moved from Tijuana to Oceanside.

Erica’s mother continues to work in the fields. She follows the tomato, strawberry, raspberry and blueberry seasons.

Erica’s dad currently works for a landscaping company for which he has worked for a couple of years.

Erica said she wants to be a school counselor.

“My goal is to encourage underrepresented students to continue with their education. I also want to help domestic violence survivors and teenage mothers. I hope they can get inspired with my story.”