The couple survived the crash, but are still in the hospital unable to search for their black lab mix named, Obi. 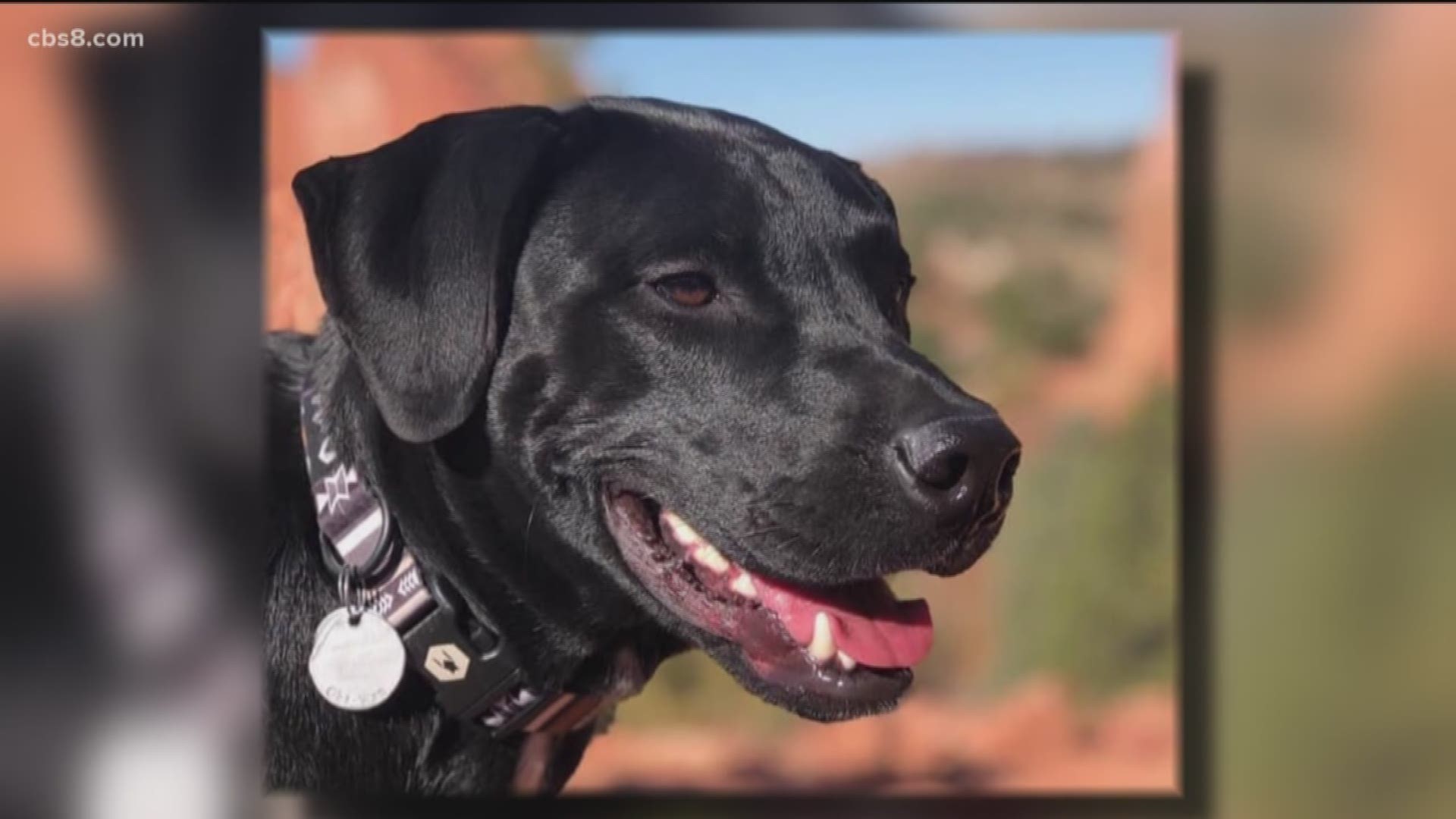 SAN DIEGO — A San Diego couple is searing for their missing dog, after it got loose following a deadly head-on crash in Arizona.

The couple survived the crash, but are still in the hospital unable to search for their black lab mix named, Obi.

Thomas Rodriguez and Andrea Mawby were on their way to the Grand Canyon on October 14, when the crash happened. The woman driving the other car died, and the couple was airlifted to a Flagstaff hospital with serious injuries.

Thomas' mom Nicole Rodriguez described how the dog got loose: "When Thomas turned around, he noticed the dog was not there, but the back windows were open. We don't know what the force of the impact that Obi was able to jump out and was startled."

Thomas and Andrea are hoping someone sees the black lab and contacts authorities. There were sightings of a black lab mix running along Arizona’s Highway-160 this week.

Back in San Diego, neighbors are getting the word out on social media using the #FindOBI.

“That's one of my best friends Obi. We love Obi. We love that dog," said the couple’s next door neighbor David Stebbins.

Residents of one Mission Valley complex said they have known the pup for two years and were devastated to learn of the couple's car crash following their road trip through Colorado, Utah and Arizona.

It's not just the residents of this Mission Valley Friar's Pointe complex coping with Obi's absence.

“My dog Moo is one of Obi's very best friends, and we want to make sure he gets home safely. The second we heard the news, all the dog moms and dads got together, and we were like we need to find Obi, that is the most important thing right now," said Molly Ludwig, also a close neighbor to the couple.

"He's a neighborhood favorite, every dog and dog owner knows and loves Obi, we are all missing him a lot here,” said neighbor Hannah Allen, who has known the Obi since the day his parents brought him home two years ago.

Allen said the couple is out of the ICU and doing better.

“Last night Andrea was up and walking and was able to walk to Tom's room and visit him. There's great medical staff taking care of them, but we want to do what we can to help out with Obi," said Allen.

As the couple recovers and slowly starts to walk again, friends said it's unclear how long before they'll be back in San Diego.

In the meantime, they want those in Arizona and even New Mexico to keep a lookout for the pup and contact Hannah Allen at Hannah.e.allen@gmail.com with any clear sightings of Obi.