The Alpha Project declined to identify the victim until his family is notified but said he was a long-time employee. 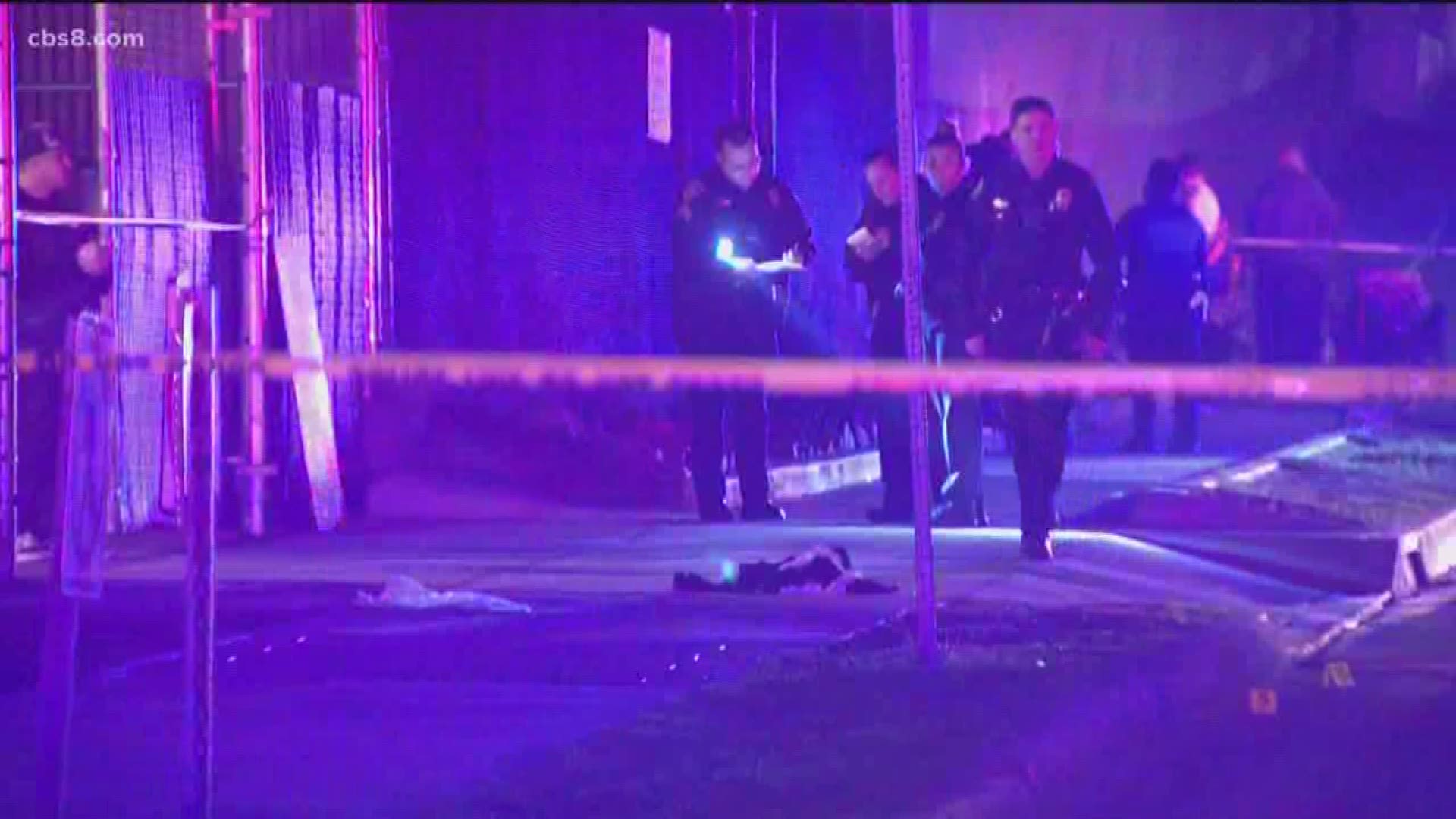 SAN DIEGO — Police Monday were investigating the shooting death of a security guard at the Alpha Project homeless tent shelter in the East Village.

On Saturday, a man was killed in a shooting in Downtown San Diego, according to police. It was reported around 7:30 p.m. in front of the Alpha Project Shelter near the intersection of Imperial Avenue and 17th Street.

San Diego police blocked off roads in several directions near the shelter to conduct their investigation throughout the night.

Police later said it was a security guard who worked at the Alpha Project shelter who was shot, rushed to the hospital, and died within about an hour. The suspected gunman approached the guard outside the shelter and shot him several times, then fled the scene, according to authorities.

A shelter employee heard shots fired outside and called police. At about the same time, police in the area were flagged down by someone who also heard the shots nearby. When officers arrived, they found the security guard on the sidewalk suffering from gunshot wounds.

The victim's identity had not been released by officials as of Monday morning.

The Alpha Project is considered a bridge shelter that helps transition homeless people from the streets to a formal program. The 150-bed tented shelter opened Nov. 5. Security guards at the shelter are not armed and try to maintain peace not only inside the shelter but on the surrounding streets as well. The Alpha Project declined to identify the victim until his family is notified but said he was a long-time employee.

Early witness reports didn't report any arguing or anything else out of the ordinary leading up to the shooting. Homicide detectives are handling the investigation.

Officers were reviewing security camera footage, said Lt. Martha Sainz of the San Diego Police Department. No description of the suspect was released.