The USS Abraham Lincoln's deployment has been extended to spring 2020. 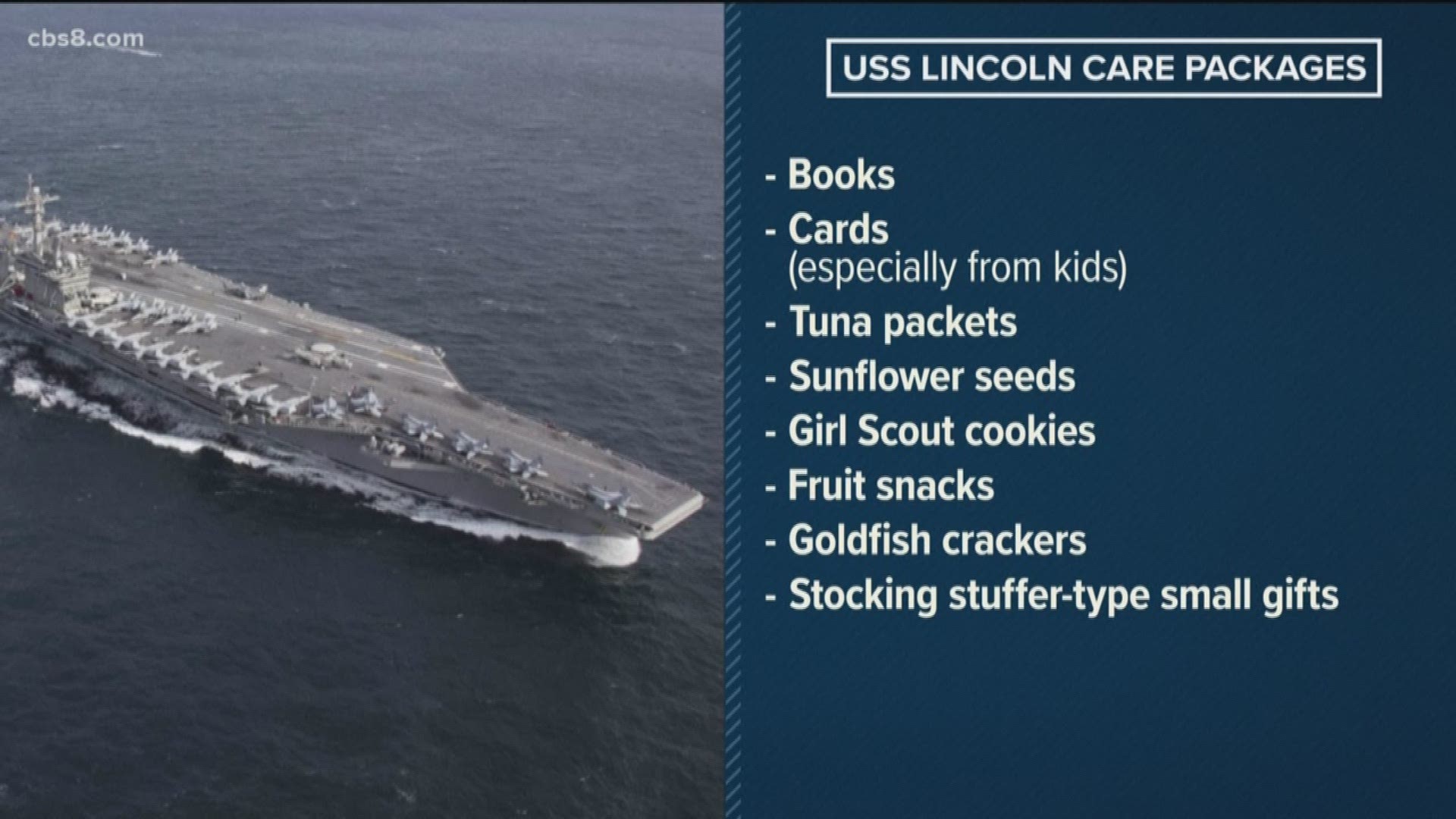 SAN DIEGO — Editors Note: Mackenzie Showalter reached out again to News 8 on November 12 to thank the viewers who have donated an overwhelming amount of items. She is so thankful and now says she has everything she needs. Thank you San Diego!

Navy veteran Mackenzie Showalter has been packing up care packages for her sailor friends at sea on board the USS Abraham Lincoln. They were supposed to return recently but were told their deployment would be extended through spring 2020.

"If you don't hit a port, the ship can't replenish. They were supposed to be out for six months, and then they got extended. People pack for that six-month deployment and then get told, 'hey we'll be out here a little bit longer,' you don't have the means to cover yourself for that long," said Showalter.

Sailors were suppose to return by Halloween, but will now return in spring 2020, which means they will miss Thanksgiving, Christmas, and New Years.