Loved ones of 23 -year-old David Ramirez, a U.S. Army veteran from Chula Vista, honored his service and his life Thursday night. 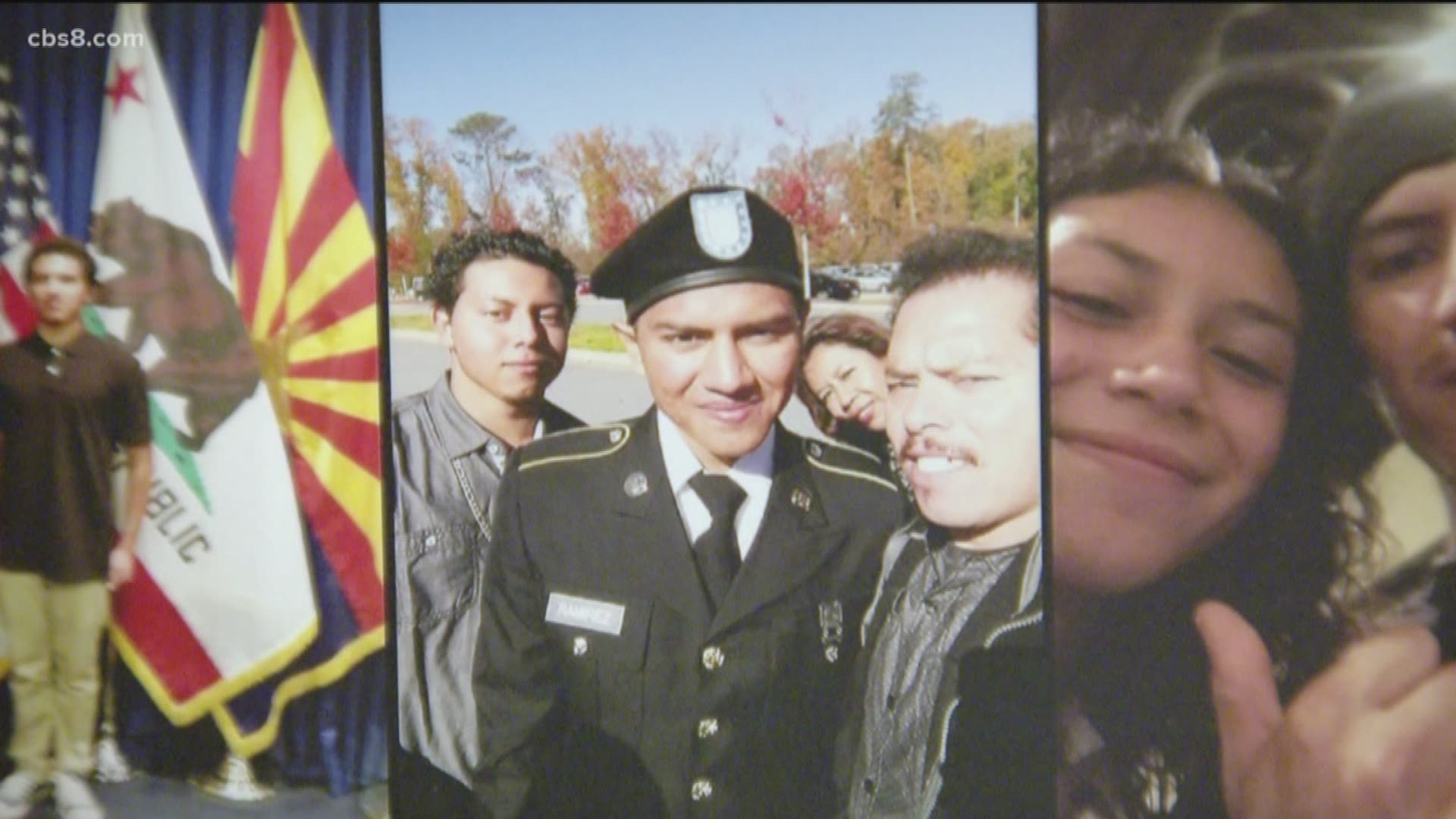 IMPERIAL BEACH, Calif. — Hundreds turned out Thursday night at the Tenth Street Church of Christ in Imperial Beach for a viewing and church service for David Ramirez, who was killed last Saturday morning in a horrific wrong-way crash.

Ramirez was remembered as a proud U.S. Army vet, as well as a beloved brother, son and friend, and devoted father to his 3-month-old baby girl.

"It is a sad moment for all of us that we are all sharing right now," said his brother, Sergio Ramirez.

"He had a smile on his face always," said sister-in-law Savanah Evans. "No matter what happened. even if it was a bad day, he would still have a smile."

Ramirez was pronounced dead on the scene, as was 24-year-old Janet Chavez- Calixto, according to the Medical Examiner's Office. Two others were rushed to the hospital.

So far, there have been no suspects named by CHP as the investigation pushes forward.

"There's a lot of questions that need to be answered," Evans said. "I think the family deserves that, just to be at peace."

Along with the two fatalities, two others involved in last Saturday's accident were rushed to the hospital, according to CHP. A CHP spokesman said toxicology tests are still being carried out.

Because it was such an extensive accident scene, it could possibly be weeks before a determination is made as to who may have been responsible, CHP said.

A GoFundMe page has also been set up to help David Ramirez's family.