Serving up love to build homes in Tijuana

On Monday, the San Diego Aviators hosted Kids Night to raise money for Build a Miracle (BAM) – which builds homes for families in Mexico. 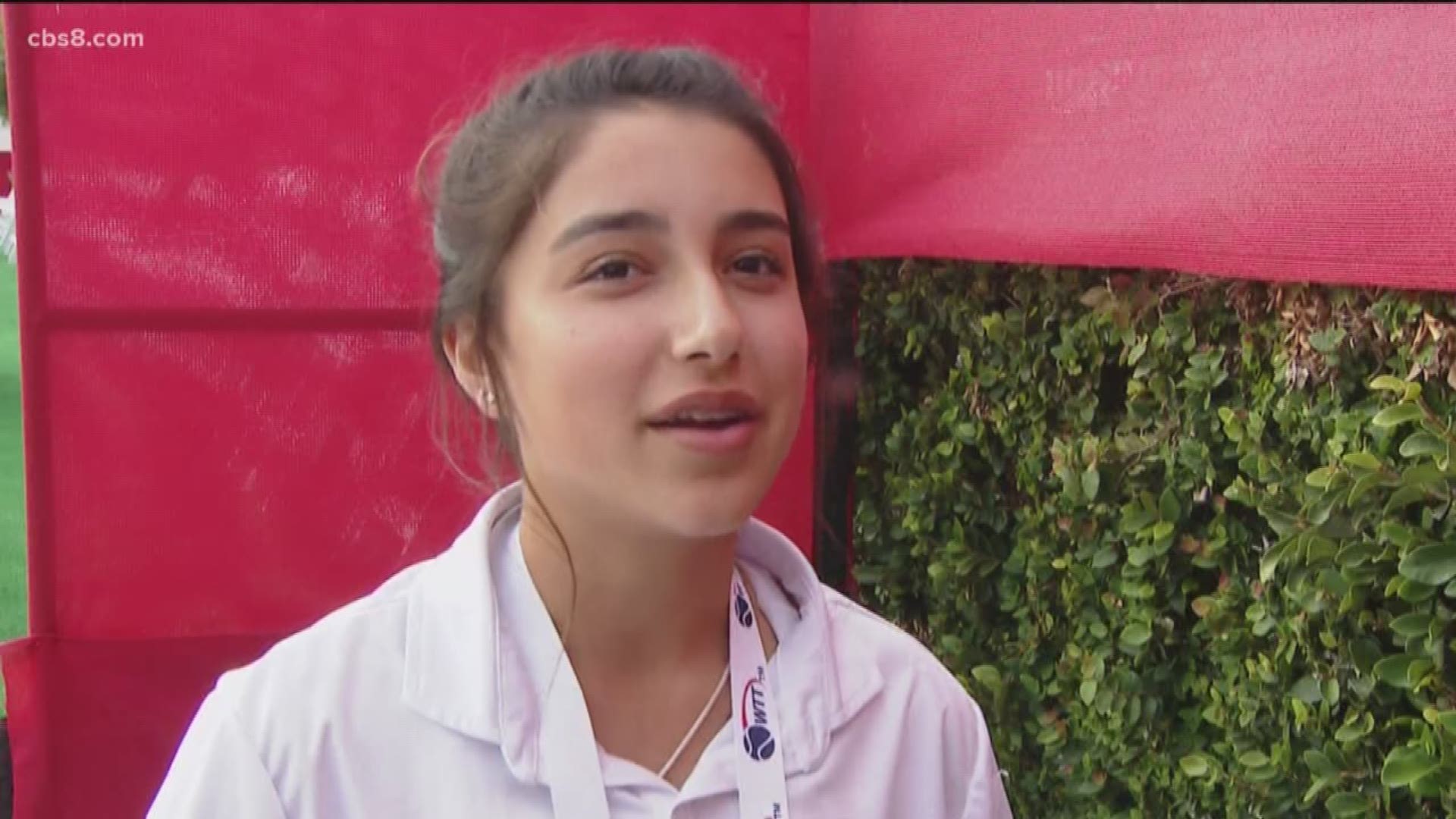 CARLSBAD, Calif. — Three years ago a 12-year-old’s goal was to raise $16,000 to help build one home in Tijuana for a family in need. Her determination grew over time and now the San Diego Aviators teamed up with her to support her mission.

On Monday, the San Diego Aviators hosted Kids Night to raise money for Build a Miracle (BAM) – which builds homes for families in Mexico.

Olympian and professional tennis player Coco Vandeweghe took the court Monday night during a game against the Philadelphia Freedoms. For every ace the team donated $100 to BAM.

“I love to compete, but it is always something special when you play for someone else,” said Vandeweghe.

BAM has received national attention thanks to 14-year-old Daniella Benitez.

“It just warms my heart that I have found something I am really passionate about,” she said.

News 8 has followed Daniella’s journey since she was 12 years old. Since then, she has raised thousands of dollars on her own to build three homes in Tijuana.

“It is so special that we get to create a different relationship with each family,” said Daniella.

Daniella has also inspired her cousins and little brother, Gabriel, to raise money to build two homes – which costs a total of $16,000.

On Monday, Daniella not only watched the sport she loves to play but also knew it was a special game filled with a lot of love.

“To put my passion with another one and to do good with it is amazing. I hope Coco can serve up a lot of aces,” she said before the match started.

Both Daniella and Gabriel have their own efforts to help build homes with BAM.