The amusement and water park will be open for the public in March of 2022. 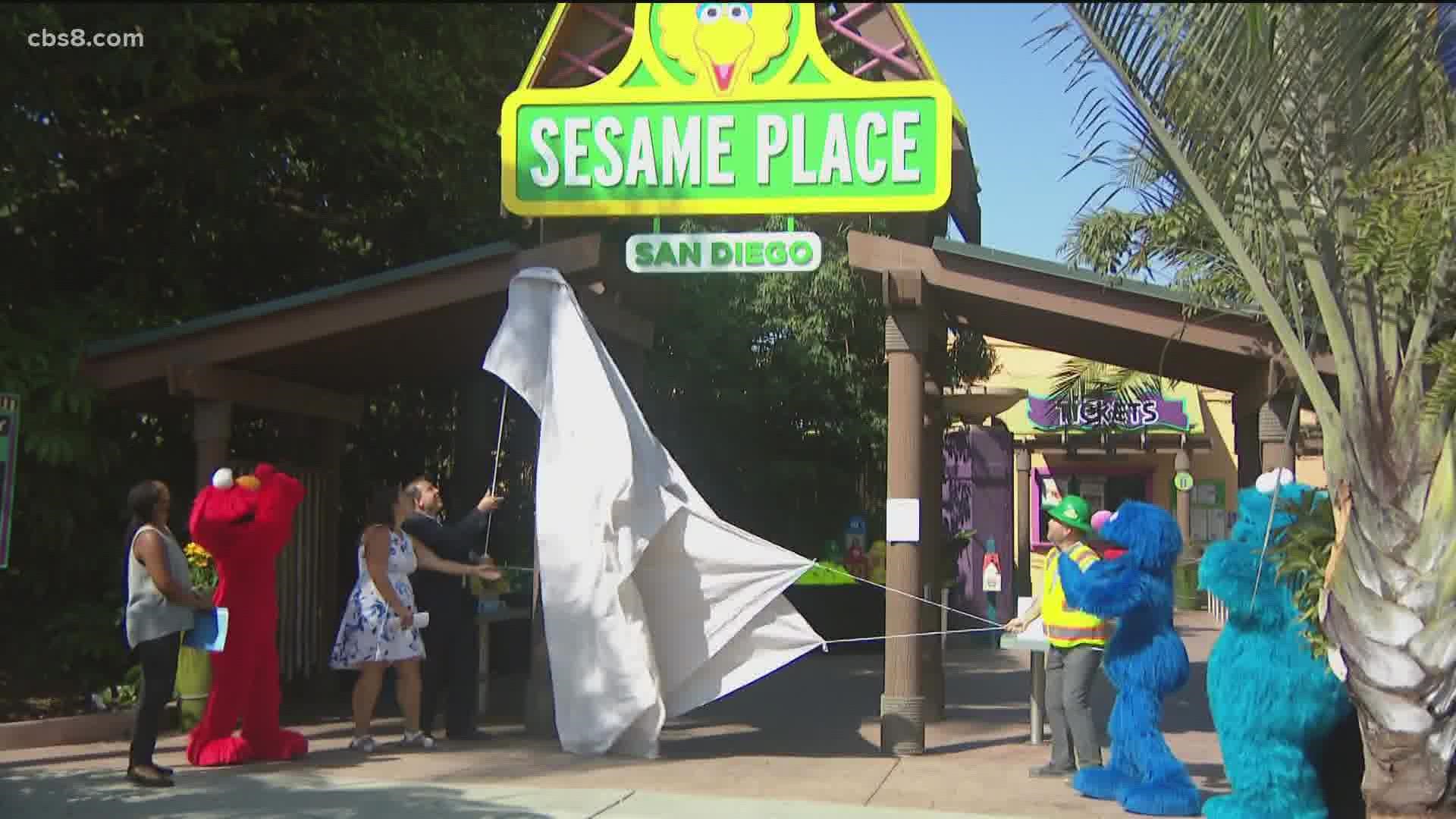 CHULA VISTA, Calif. — It’s the beloved TV show that generations of kids have grown up with.

Since 1969, America has let the loveable cast of characters from "Sesame Street" into their homes.

Coming in March of next year- Grover, Elmo and the Cookie Monster are jumping off the screen and into Sesame Place, California, the newest theme park in Chula Vista.

"Bridging the gap between education and fun. The Sesame Street brand has a rich history of providing valuable learning opportunities for America's children," said Dr. Akilah Weber, District 79 Assemblymember during the unveiling ceremony in Chula Vista.

In what once was Aquatica, the parent company SeaWorld has rebranded the water park into an all-new family experience.

"So in total, we have seven dry rides and 11 reimagined water attractions, as well as a musical play area. And our live theater show, an award-winning parade and seasonal event." said Clink Brinker the Sesame Place project manager.

Right now, the park doesn’t look like much and there’s still plenty to do before the park opens in March of next year. But when it does, the beloved cast of fuzzy and loveable characters will soon be parading down Sesame Street.

"This place comes to life because of our characters, the characters of Sesame Street, these friends of mine," said Brinker. "They are the heart and soul, along with the neighborhood that you know from the show. That's what makes Sesame Place special. And it brings all that love and fun and excitement and a place for four families to both learn and grow together."