The day started with seven-time World Champion Stephanie Gilmore up against Johanne Defay from France. 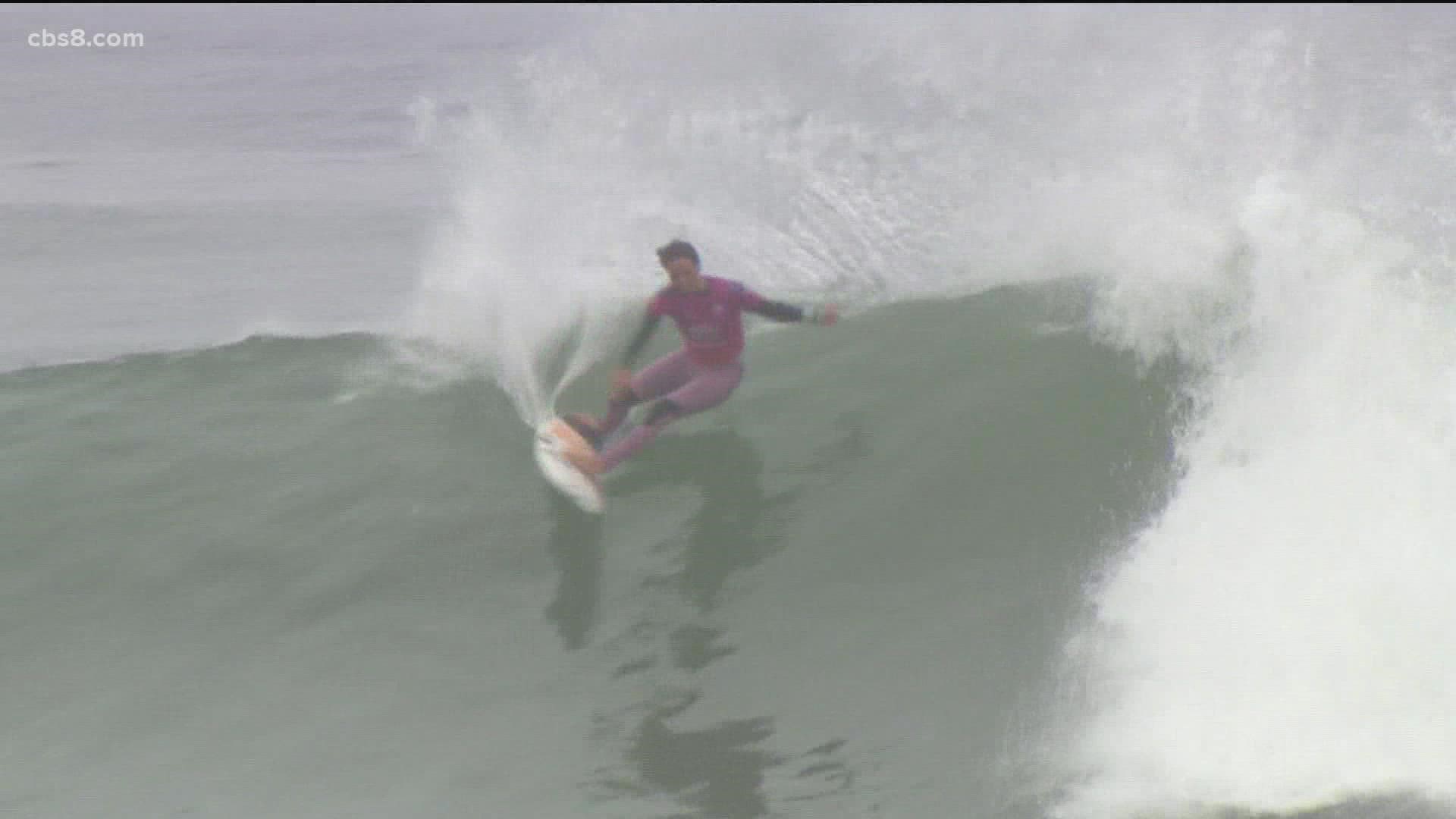 SAN DIEGO — World Surf League World Championship was taking place at Trestles in northern San Diego and both the men's and women's world champion would be crowned Tuesday.

The day started with seven-time World Champion Stephanie Gilmore up against Johanne Defay from France. Gilmore would not make it 8 and Defay would advance.

Next, Trestles local favorite Conner Coffin would take on rookie Aussie sensation Morgan Cibilic local knowledge would prevail. Coffin now had to take on the first Brazilians Filipe Toledo and until this last move on the last wave conner was ahead.

Sally Fitzgibbons would protect her position against the charging Defay. It would be Fitzgibbons that would advance.

Into the men's final 3 it would be all Brazilian, Filipe Toledo would take on Olympic gold medalist, #3 in the world Italo Ferreira, but nothing would stop Toledo and he would face #1 in the world - Gabriel Medina.

On the ladies' side, this heat would decide was in the finals. Fitzgibbons brought her decade-plus of experience to challenge Brazilian-born, Kauai-raised Tatiana Weston Webb, but it would be Weston Webb making it to the finals to go up against #1 and Olympic Gold medalist Carrisa Moore.

During the event there was a shark sighting, which delayed the action but once the action returned the battles were fierce in the 6' - 8' surf. In the end, Carrisa Moore and Gabreil Medina would be the new World Champions.

RELATED: Fog was on tap for the World Surf League World Championship at Trestles Beach