The sign says that the offenders will be out by the end of the month, but neighbors are still questioning if it’ll really happen. 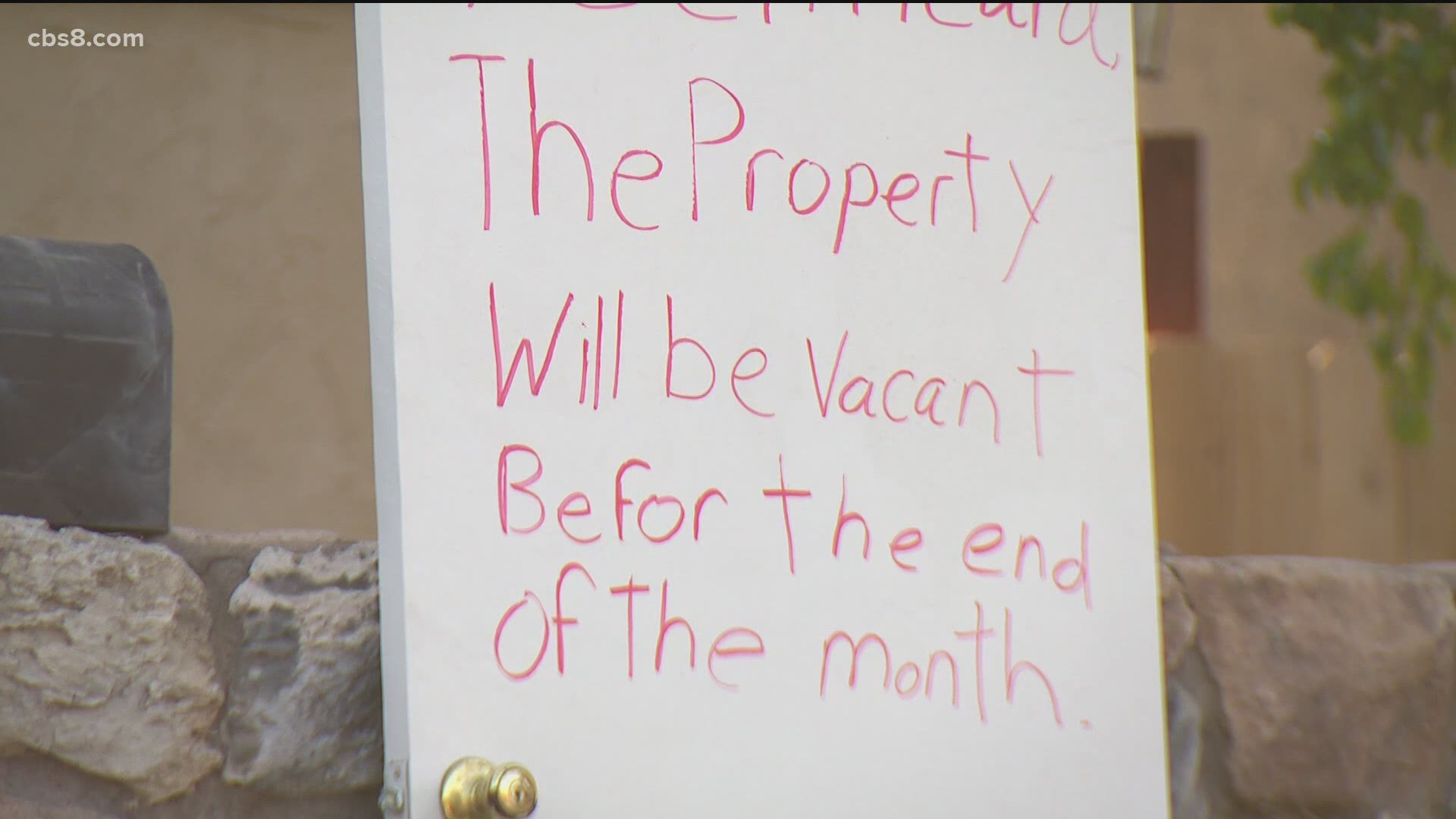 EL CAJON, Calif. — Neighbors in El Cajon said someone from the house where 10 convicted sex offenders live is sending them a message. The message was written by hand and now the neighbors spoke out about it Saturday. A protest was held near the house last week because residents don’t feel safe with them being there.

News 8's LaMonica Peters spoke to a neighbor who said the sign just showed up Saturday morning. It says that the offenders will be out by the end of the month but she’s still questioning if it’ll really happen.

A neighbor said when she woke up Saturday morning and looked through her curtains, she was surprised to see a written message at the house where the sex offenders have been living. A neighbor named Felicia told News 8, “Hey, we’re leaving so leave us alone so we can leave, kind of out sight out of mind. You think you’ve won but you haven’t.”

She said she doesn’t know if the homeowners or the offenders put it there. On Thursday, dozens of people showed up to protest in front of the house. According to the Megan’s Law website, the 10 offenders' convictions range from sodomy with a minor under age 18 to lewd and lascivious acts on a child under age 14.

The neighbor added, “We don’t want them in another neighborhood because it’s the same issue. More children are in danger. They need to go somewhere that is not family-oriented, not a family neighborhood."

She also said she’s seen someone in the house looking out the windows, but she said no one answers the door if they knock. For now, she’s just staying alert and giving her child all the information she can to keep him safe.

“My next-door neighbor walks my son to and from school. So, I was like, if you see anyone that you don’t know and they ask for help, I told him that an adult will never ask a child for help, period."

Robert Burroughs helped organize Thursday’s rally and said he hopes the message on the sign turns out to be true.

“An anonymous email. They said we are the owners of the company that put them here. No name, no nothing. So, they said they were going to be working these guys out of here these next couple of weeks and that’s the main priority for us,” Burroughs said.

Burroughs said the neighbors were never notified that the sex offenders would be moving into the neighborhood but they’ve reached out to local politicians for answers about how to get them out.

“As a community, if we need to get a lawyer we will. We will all come together and we’ve already talked about that with the GoFundMe. It’s just a work in progress. This is only day four of it, so this is just what we’re doing right now,” Burroughs said.

News 8 has not confirmed with with the company that manages the sex offenders or law enforcement if the offenders will actually be leaving the house but the neighbors said they’ll continue to keep an eye on this house and organize until something is done.

RELATED: El Cajon neighbors outraged over placement of 10 registered sex offenders together in one house