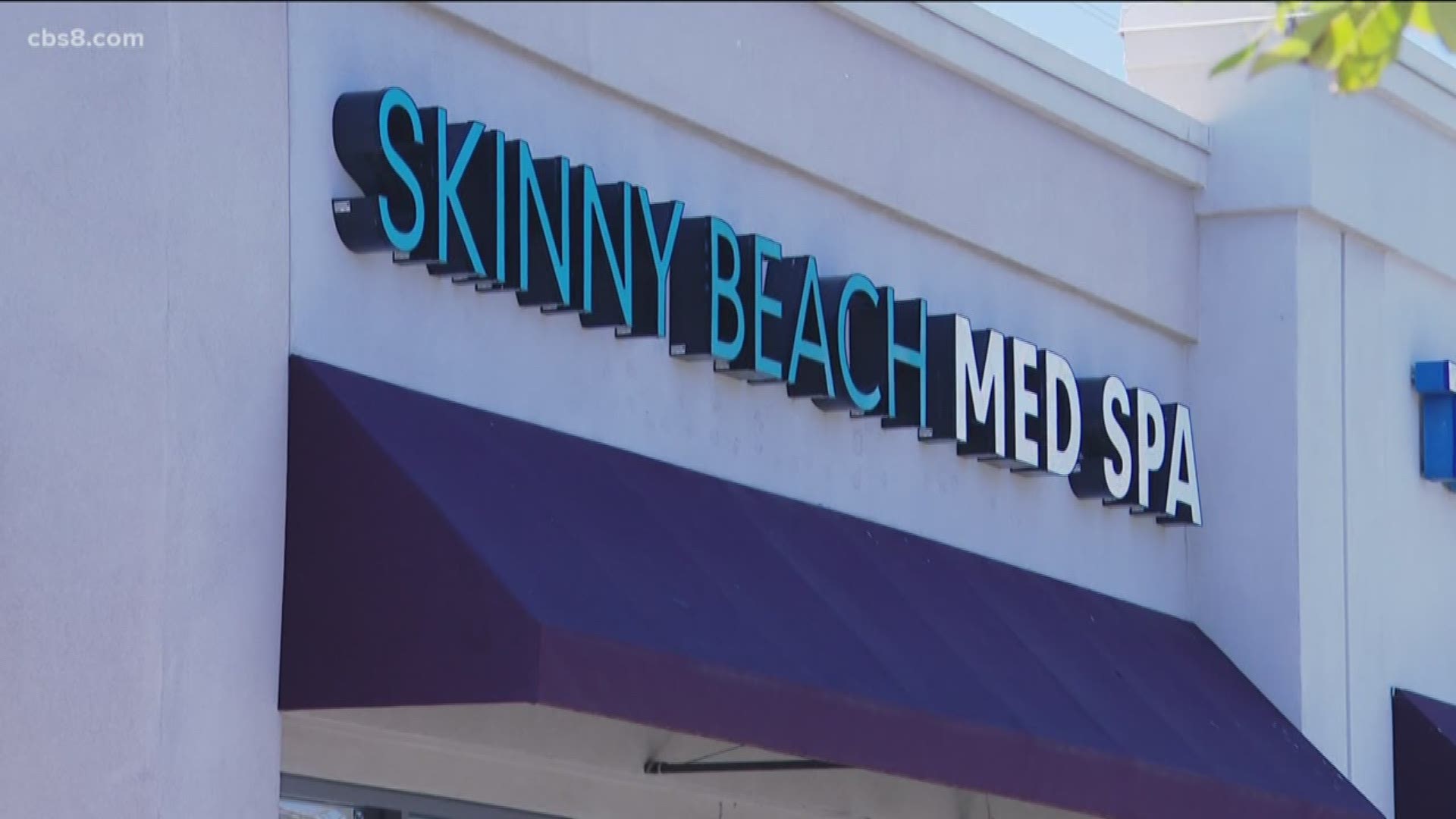 SAN DIEGO COUNTY, Calif. — A physician who runs a Carmel Valley beauty treatments center was charged Thursday with mail fraud in connection with the sale of what he allegedly described as a coronavirus cure that could render people immune to the virus for at least six weeks.

The service was touted as including, among other things, access to Staley, the medications hydroxychloroquine and azithromycin, and "anti-anxiety treatments to help you avoid panic if needed and help you sleep."

The FBI launched an investigation into Staley's alleged fraudulent claims upon receiving a tip from the public and served a search warrant this morning at his Carmel Mountain Road business, which offers a range of appearance-improvement services, such as Botox, hair removal and fat transfer procedures.

In a recorded telephone call between Staley and an undercover agent posing as a would-be customer, the defendant allegedly described the medication he was offering as a "miracle cure" for COVID-19.

Staley added that someone taking the medication without having the disease would be rendered "immune for at least six weeks," the criminal complaint alleges.

The San Diego physician allegedly further described the purported treatment as a "magic bullet" and asserted, "It's preventative and curative."

"It's hard to believe -- it's almost too good to be true," the defendant allegedly boasted. "But it's a remarkable clinical phenomenon. ... I've never seen anything like this in medicine, just so you know. Really, I can't think of anything -- that, you've got a disease that literally disappears in hours."

When asked during an interview with the FBI a week later whether he had claimed to be able to cure the deadly disease sweeping the globe, Staley said, "No, that would be foolish -- we would never say anything like that," according to court papers.

Staley allegedly also offered the undercover investigator the anxiety- disorder medication Xanax as part of the spa's "concierge package" and shipped the drug without conducting any sort of medical examination.

"We will not tolerate COVID-19 fraudsters who try to profit and take advantage of the pandemic fear to cheat, steal and harm others," San Diego- area U.S. Attorney Robert Brewer said. "Rest assured -- those who engage in this despicable conduct will find themselves in the crosshairs of federal prosecutors."

Staley is scheduled to be arraigned in federal court in San Diego on Friday afternoon.