The 47-year-old old man took a solo jump along with an instructor and was in "CPR status" when they landed, according to Cal Fire San Diego. 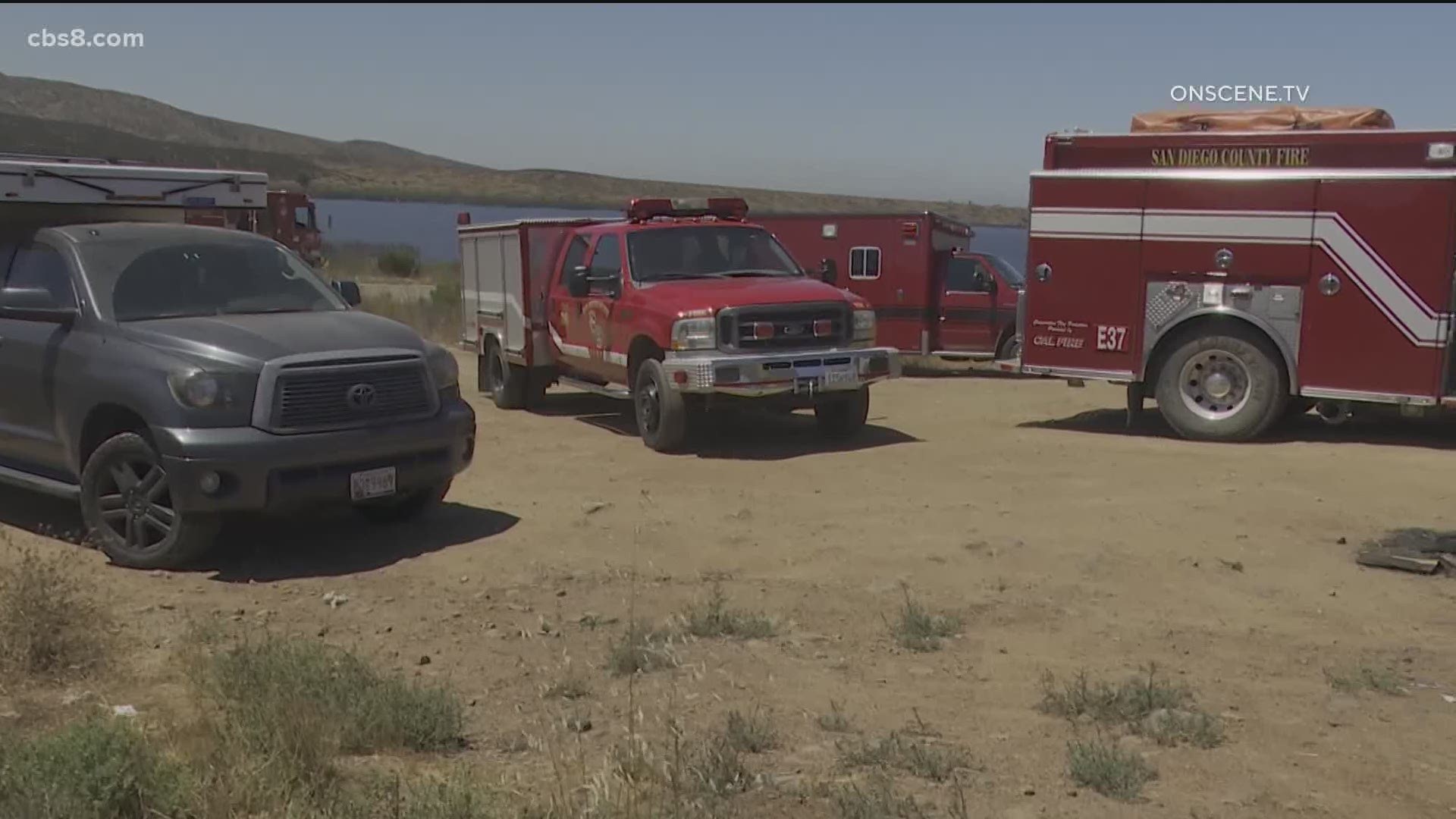 CHULA VISTA, Calif. — A skydiver died Sunday after possibly suffering a medical issue while in the air near Chula Vista, according to Cal Fire San Diego. The 47-year-old old man took the skydive jump Sunday morning in which there were no malfunctions and the parachute opened as expected, according to authorities and representatives for Skydive San Diego.

Catherine Bedell of Skydive San Diego said the man had just completed a five-hour training course. Even with 40 hours under his belt, they treated him like a new student since he had not skydived since 2002.

"He was really excited this morning to be jumping again," Bedell said.

According to the man's supervisor,  the 47-year-old performed his maneuvers to a tee showing he could locate the handle to pull the large docile canopy with complete altitude awareness. But at some point, his instructor went ahead and landed waiting for his student.

The skydiver deployed his own parachute but then the instructor noticed he drifted off course away from the landing area. Skydive San Diego crews rushed to help find the skydiver.

A San Diego County Sheriff's helicopter located him at about 11 a.m., according to Deputy Fire Chief Harry Muns of the Chula Vista Fire Department.

Cal Fire crews responded to the scene on Otay Lakes Road northwest of the Skydive San Diego Glider Port along with sheriffs and the Chula Vista Fire Department.

Officials said the man was in "CPR status" when they arrived. He was then hoisted up to an ambulance where he was pronounced dead at 11:40 a.m. and an official with the San Diego County Medical Examiner's Office was called to the scene.

Authorities are investigating what medical emergency the skydiver apparently had while in midair.

Editor's note: An earlier version of this story incorrectly indicated that the skydiver was making a solo jump. He was in fact jumping solo.

#OtayIC in Otay [final] One patient was CPR status upon our arrival. Firefighters worked tirelessly alongside SD Sheriff, Mercy Ambulance and Skydive San Diego staff who first came to his aid, but sadly the patient was pronounced deceased at scene. SD Sheriff to remain at scene.

.@CALFIRESANDIEGO is at scene with @SDSheriff and @ChulaVistaFD of a medical rescue - skydiver down, major trauma - off Otay Lakes Road northwest of glider port. #OtayIC pic.twitter.com/k8jtVGvz3C