Just in the last nine days, a nationwide movement has already sparked change in San Diego. 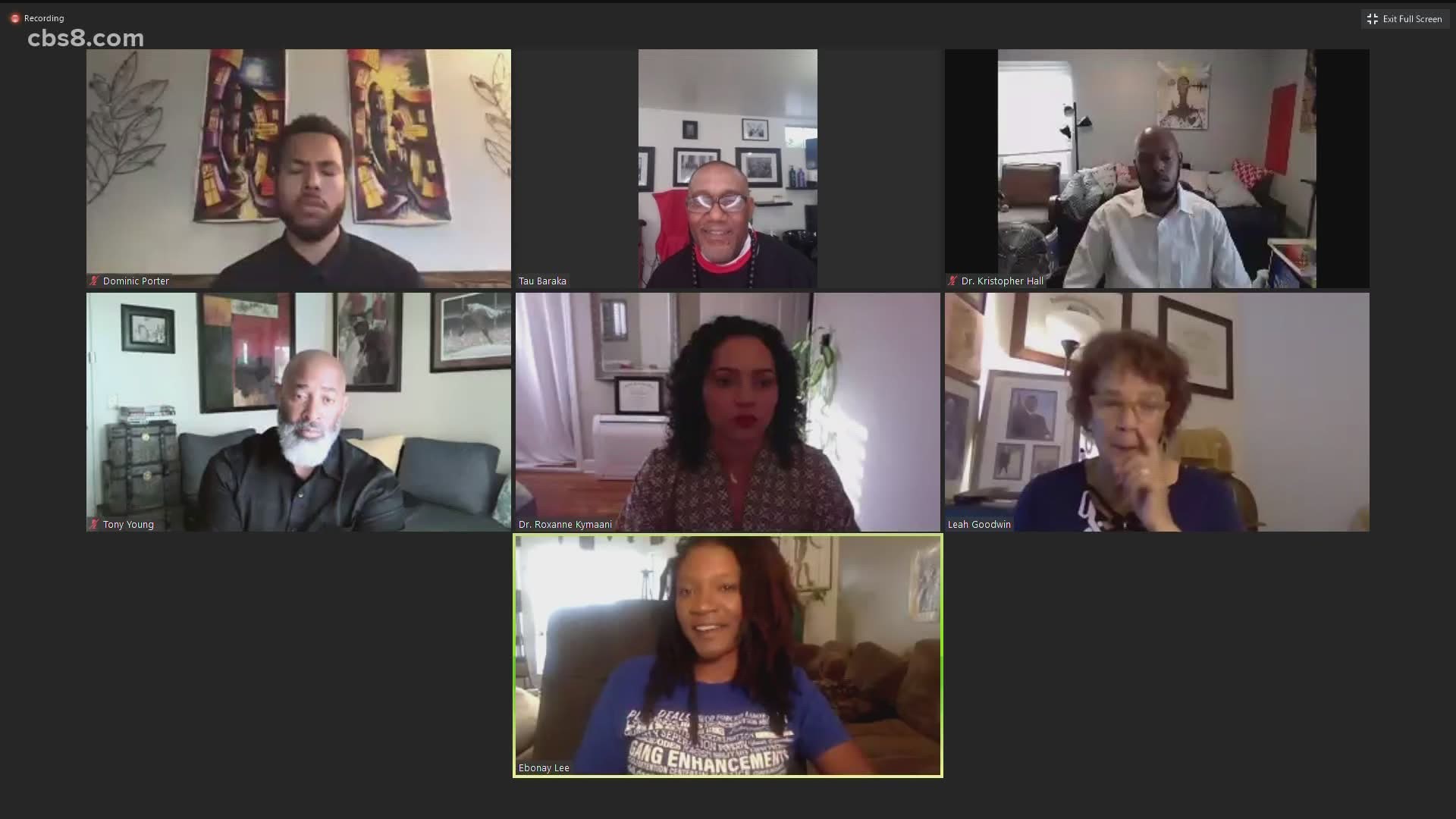 SAN DIEGO COUNTY, Calif. — Thousands of San Diegans have marched in the past week to stand with Black Lives Matter, but leaders said there is more to be done in order to unite the community.

Lee is an executive at Paving Great Futures, a non-profit mentoring young people in underserved communities. On Thursday, she was joined by several black San Diego leaders for the Rise San Diego webinar about social justice amid the Justice for George Floyd protests.

“You are going to see everybody embracing and making sure that justice comes,” said San Diego community activist, Tau Baraka.

During the Rise San Diego webinar, leaders discussed their message of resistance, change, and justice from getting lost in the rioting and looting.

“Giving yourself hope that there is promise then without hope efforts are futile,” said Rise San Diego Chief of Staff, Dominic Porter.

Just in the last nine days, a nationwide movement has already sparked change in San Diego. The San Diego police chief, sheriff, and several other police departments have banned the carotid restraint.

“Make no mistake, it is in the response to what is showing everywhere else, and it says we are listening,” said Leah Goodwin, with Leah Goodwin Creations.

San Diegans don’t have to be on the front lines to be an ally but can do more than make a statement on social media. For example, buying from a San Diego black owned business.

“Participate in the community. If you have money, give it elsewhere. Find ways that you can help that isn’t just putting it on your social media so you can claim to be part of it,” said Dr. Roxanne J. Kymaani, Catalyst Consulting.

For years, San Diego black leaders have fought for justice, and they truly believe this is the defining movement for change.

“Maybe in my lifetime, we will see this change. I have actually felt it would not happen in lifetime, so I am inspired by the global support,” said Goodwin.

RELATED: Thousands of San Diego protesters march from downtown to North Park and back

RELATED: San Diego County law enforcement agencies: who does what and where