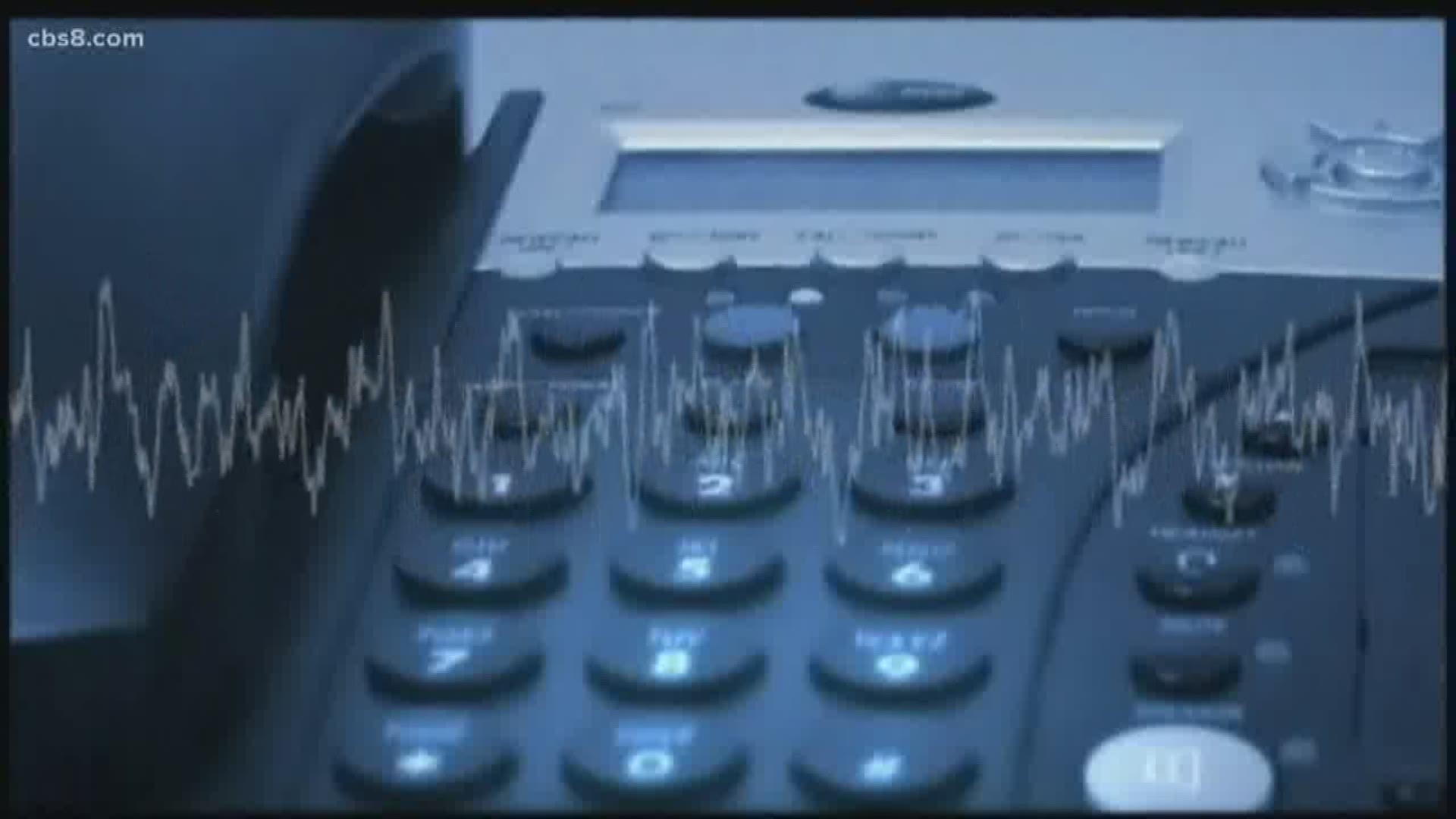 SAN DIEGO — San Diego ranks third in the nation when it comes to social security scams during tax season, according to Hiya, a company fighting against such scams. So, how can you protect yourself?

The voice on the calls indicates they are calling from the federal government, but it is really a scam. In some cases, the callers demand money; in others, they try to steal your personal information.

She says the caller scared her.

"They got very angry, very aggressive over the phone,” said Knight.

San Diego County residents are getting social security scam calls at an alarming rate. The 619 area code is the third most affected by the scam the nation, according to Hiya.

"Our guess is that San Diego, because it's close to the border [scammers think] there may be folks there who recently immigrated and so they may not be as familiar with our systems, so they may think this is how the Social Security Administration works,” said Jonathan Nelson.

Jonathan Nelson, Director of Product Management at Hiya, says this particular scam has spiked 880% since last year and those behind it are getting trickier even spoofing their phone number so it shows up on your caller ID as the Social Security Administration.

Nelson’s advice is to always be skeptical of unsolicited callers.

It's important to know the Social Security Administration will never call you to ask you for your social security number.

Unfortunately, a lot of people are falling for the scam with the average victim losing about $1,500 and since the calls usually originate from overseas the scammers rarely get caught.

Unfortunately, a lot of people are falling for the scam with the average victim losing about $1,500, according to the BBB. Jonathan adds that since the calls usually originate from overseas the scammers rarely get caught.