Residents at an apartment complex in Nestor in the South Bay were forced to leave their homes due to flooding. 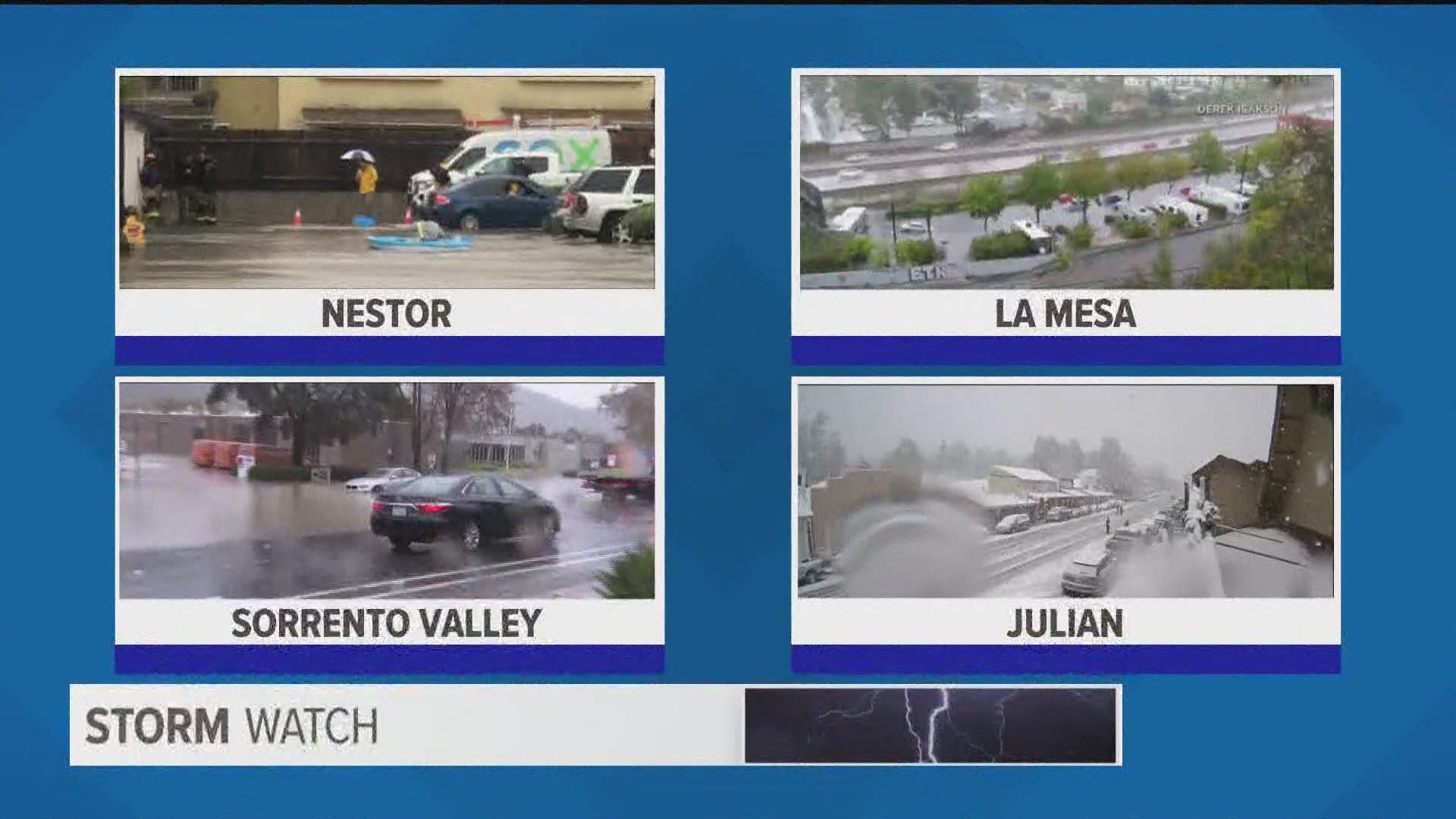 SAN DIEGO COUNTY, Calif — Residents at an apartment complex in Nestor in the South Bay were forced to leave their homes due to flooding as a Thanksgiving storm continued to bring heavy rain across the San Diego region.

The Country Airre Apartments' property manager Angela Lee said 20 units were evacuated. Residents who could not stay with friends or family were put in empty units. 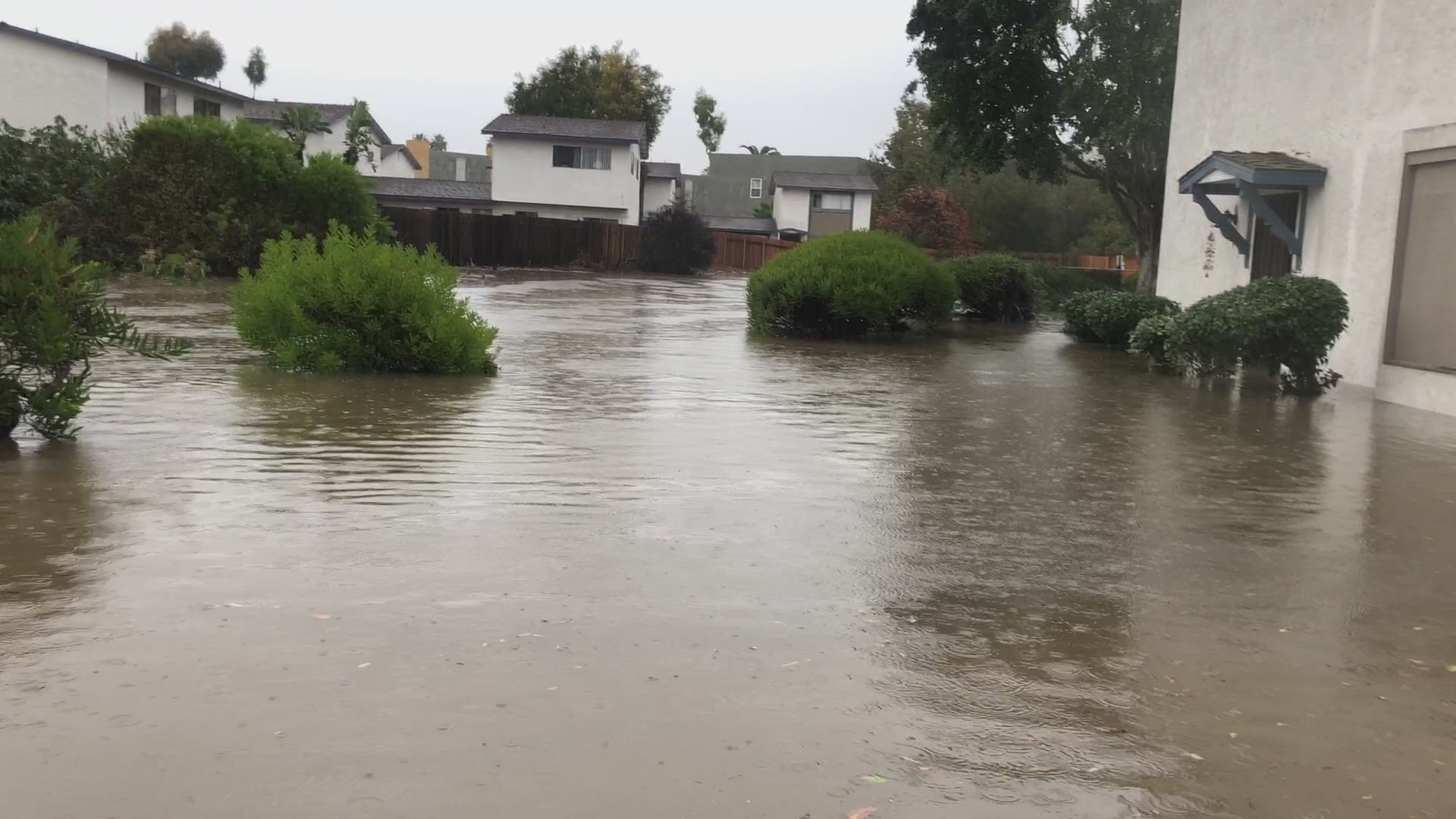 "We have gotten a lot of rain over the last few years. Rain, sometimes, comes with king tides and that brings water up in the creek bed here, but as far as coming and intruding into the houses, it is a first," she said.

While the restoration will be overwhelming, families are thankful no one was physically injured. 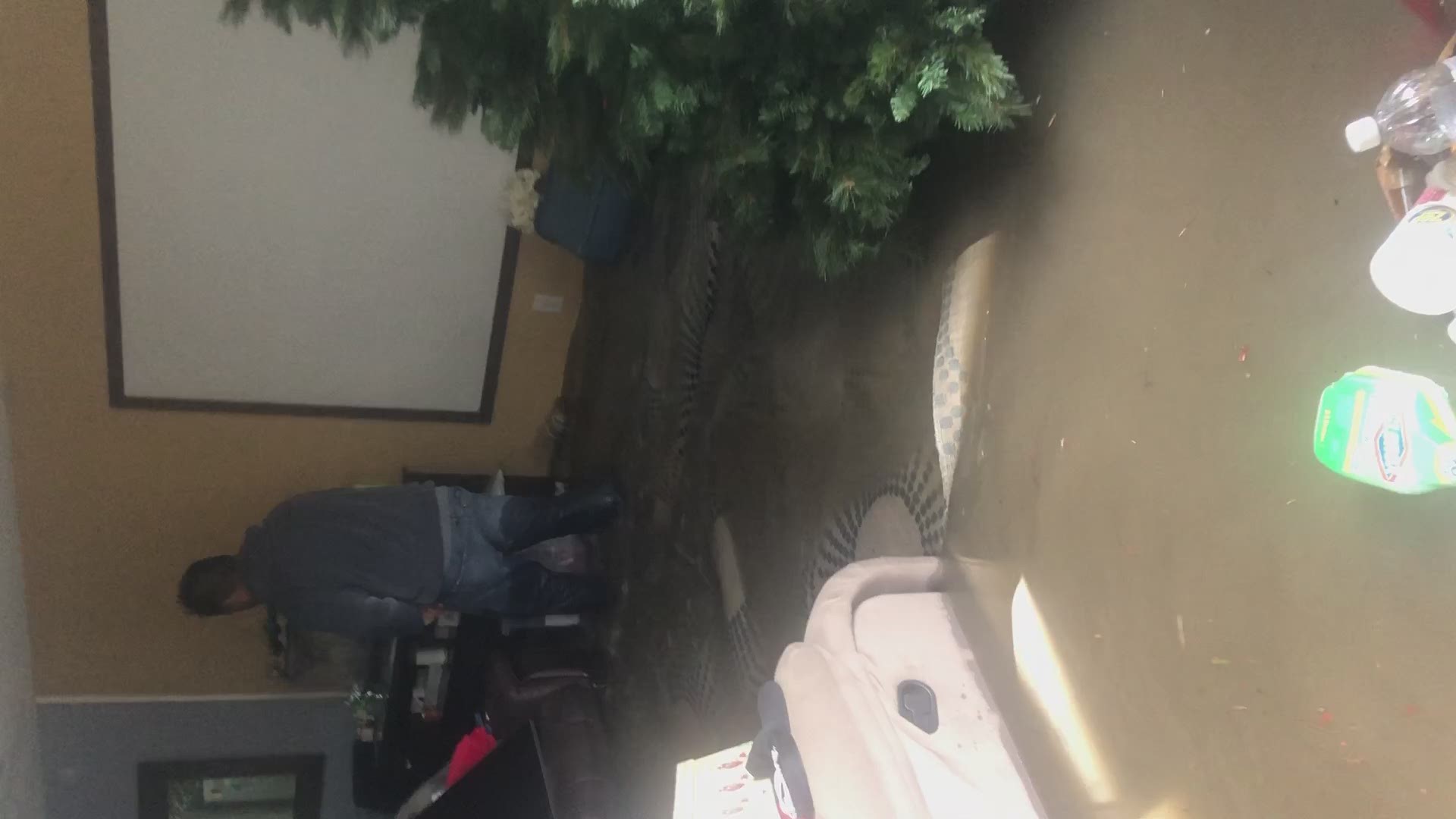 Iliana Laity and her husband's unit faces the creek and got the brunt of the damage. They were not home when their apartment complex, but the couple was receiving updates via text messages.

"It is pretty unfortunate. We have sandbags just in case, but I don't think anyone predicted something like this. We are dry and together - that is what matters," said Iliana.

The park across the street along with cars also flooded. The property manager is hoping to talk to city officials on Friday when city offices are scheduled to reopen.