Community members on Instagram expressed sadness and outrage at the crime. 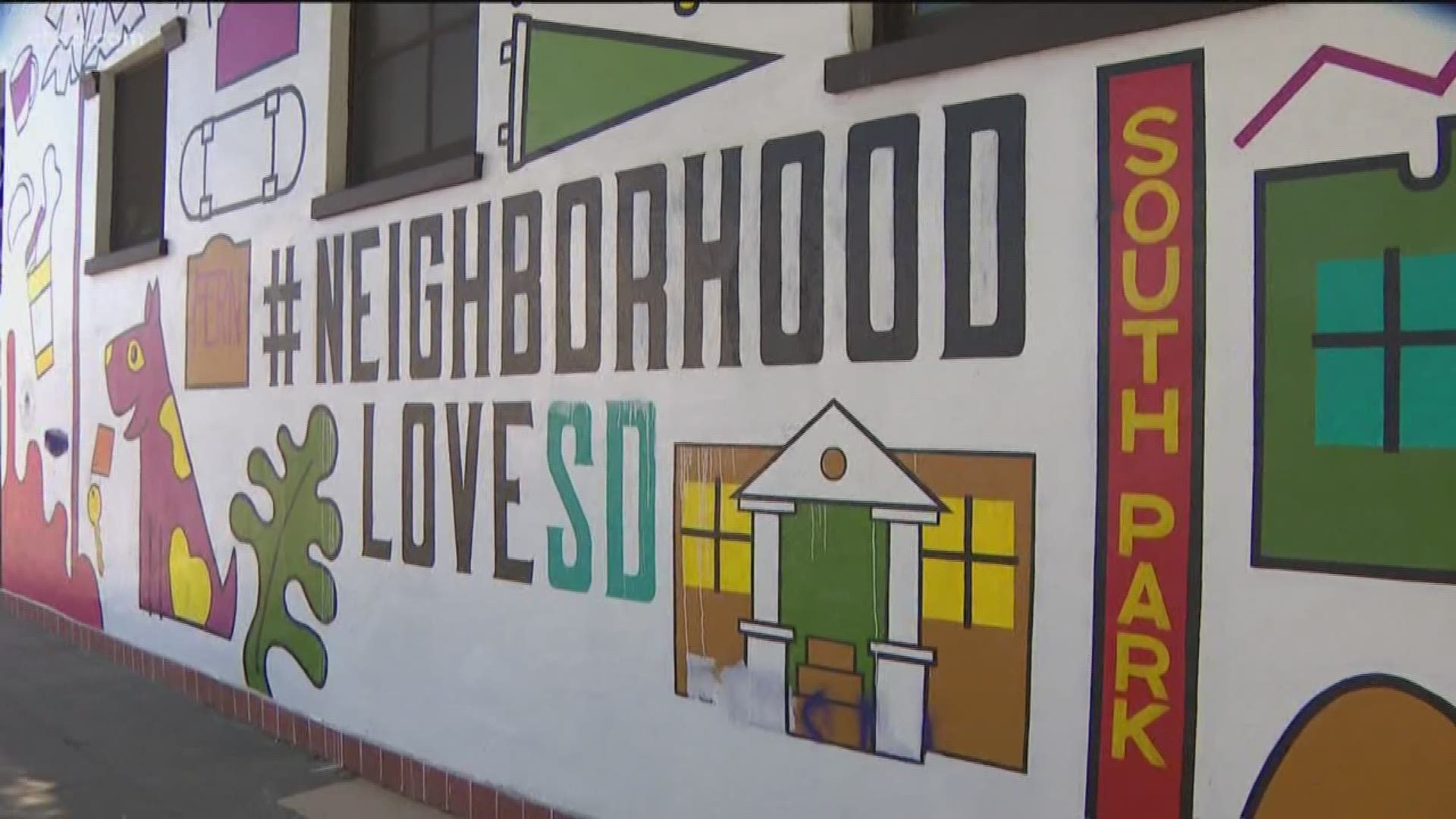 Photos posted on the Buona Forchetta San Diego's Instagram account show the mural on Fern Street spray painted over to read, #EthnicCleansing, instead of #NeighborhoodLove.

Below the hashtag another line was added that reads, #HipsterPacifism.

The vandalism was discovered outside a restaurant that is under construction.

Community members on social media expressed sadness and outrage at the crime. Others, however, pointed out the vandalism of the mural highlights the issue of gentrification.

The owner of Buona Forchetta Matteo Cattaneo told News 8 he is “sympathetic to the problem but feels this was the wrong way to approach it.”

"We feel that since we're all part of this community," he said. "We all should work together to make the community better."

Cattaneo said he isn't mad about the incident but he is sad about the manner in which vandals chose to get his - and the community's attention. He said he understands locals' concerns about gentrification.

"I think South Park is a real community and [people] have big feelings about it," Cattaneo said.

That is part of the reason is opening a new restaurant in the area - in addition to Buono Forchetta. He said he didn't want the space taken over by a business that doesn't represent the neighborhood and wanted to create something to help the community.

"This place is going to be a nonprofit restaurant and benefit schools all around San Diego County," Cattaneo said.

He said he has seen security camera footage so he knows exactly when the crime happened - around 4 a.m. Monday morning - and he knows at least three. people were involved. But he told News 8, he has no intentions of having that video turned over to police.

Instead, Cattaneo says he would like the vandals to talk with him. He understands this isn't a message of hate but rather one of awareness and maybe working together they can find some positive answers to this problem.

Cattaneo said the community has rallied around him since the defaced mural was discovered offering not only messages of support, but also time and money to help clean it up.

Credit: Courtesy photo
The mural in South Park when it was originally being painted by Robb Daly and Stacey Uy.