On the Hook: Sportfishing boats in California to face tougher emissions standards

All commercial passenger boats in California will be required to outfit their boats with a more efficient engine by 2023. 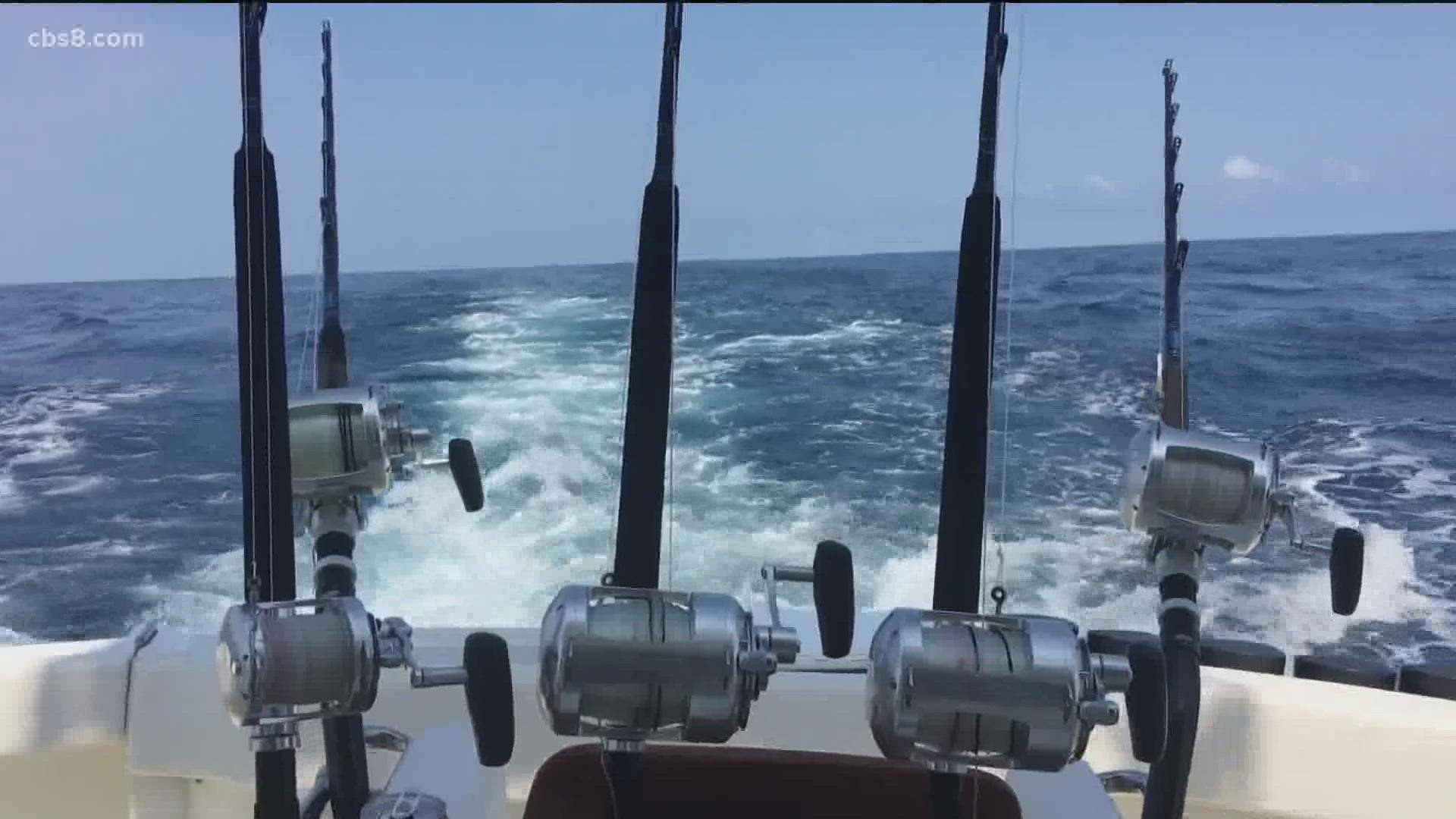 Tourists around the world come to San Diego hoping to catch the big one. It’s an industry closely regulated by various agencies from the Capitol in Sacramento.

California Air Resources Board or "CARB" is an air quality agency that can regulate emission standards for vehicles in California.

Diesel boat engines and exhaust are rated on a tier scale from 1-4 based on how much emissions they create.

Most engines now are at tier three, but by 2023 CARB is requiring all commercial passenger boats have a tier four engine- the problem?

"But caveat being tier four has never been invented, to our knowledge. For these boats," said Ken Franke, referencing the sportfishing boats in Sun Harbor Marina. "This rule at this point is going to affect the commercial passenger fishing fleet. Also, ancillary dinner, cruise boats, tugboats, ferry boats."

Ken Franke is the president of the Sportfishing Association of California.

He says the technology to put a tier four engine on these size fishing boats doesn’t exist and the regulations could drive these companies out of business.

"Their proposal will result in about 80 percent of the boats being having to be taken out of service. And that is frightening," said Franke. "I have families in this fleet that this is their life, losing their boat, not being able to resell it. Financial disaster is on the horizon for them."

A representative for CARB hadn't responded to News 8 for this story as of Saturday, but on their website lists vessels that pollute most into the air and topping that list commercial fishing boats and passenger fishing boats.

However, the commercial boats are exempt from these rules while passenger fishing boats are required to upgrade at a significant cost

While the rules won’t go into effect until 2023, Franke and sportfishing companies around California will be closely watching any new regulations from the Sacramento.

"This commercial passenger sport fishing fleet is an economic engine for the region," said Franke. "It's a big impact that has very far reaching effects on a lot of people."

If you would like to read the notes from the last CARB meeting you can find them here.