In addition to the state's case, the shooter faces more than 100 hate crime-related counts filed by the U.S. Attorney's Office. 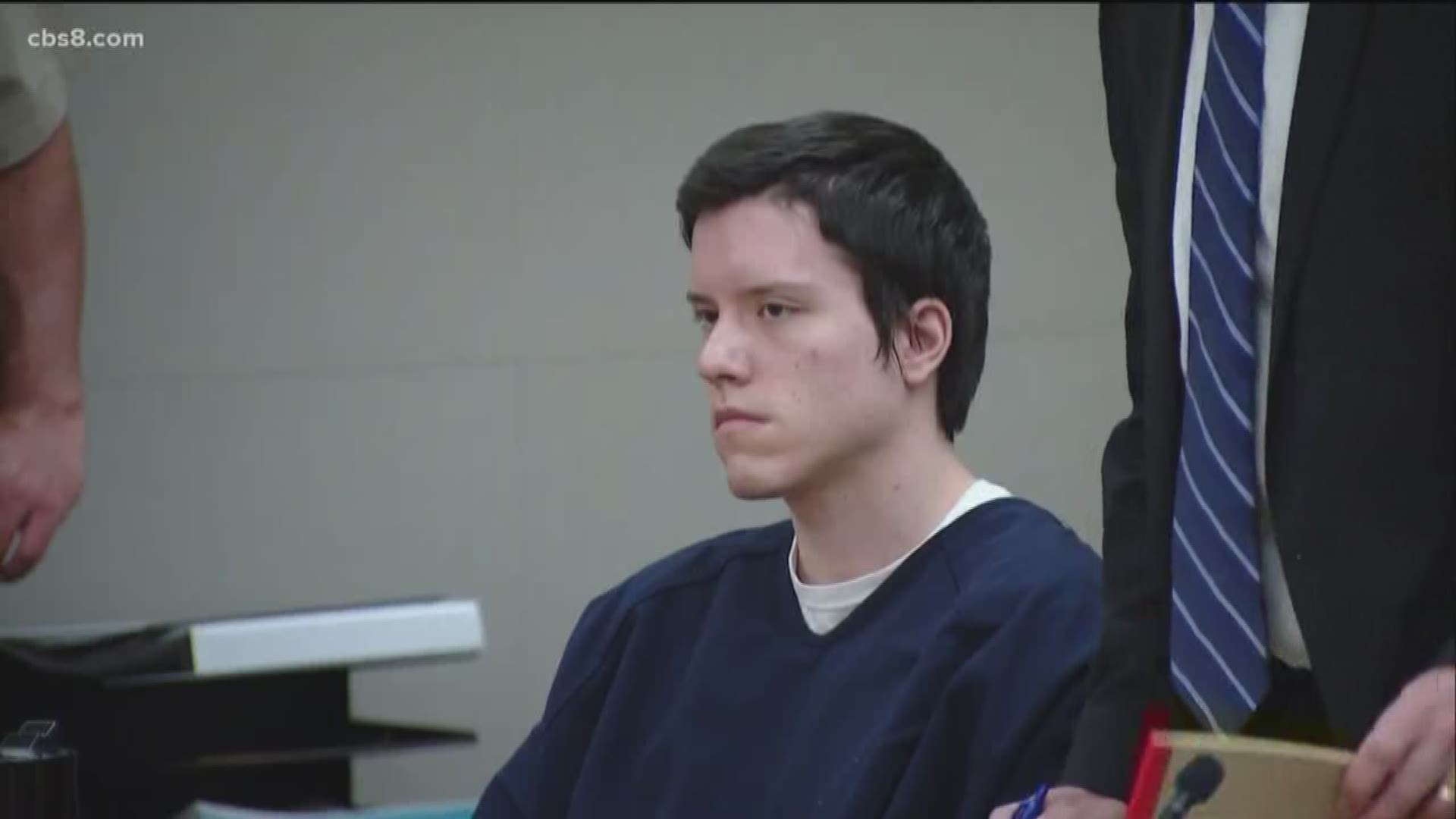 SAN DIEGO COUNTY, Calif — The San Diego County District Attorney's Office announced on Thursday that it will seek the death penalty for a man accused of opening fire inside a Poway synagogue last year, killing a woman and injuring three others.

The shooter is charged with murder, attempted murder, arson and hate crime allegations for the April 27, 2019, shooting at Chabad of Poway and the March 24, 2019, blaze at the Dar-ul-Arqam Mosque, also known as the Islamic Center of Escondido.

The trial is currently set for June 2, though the shooter's attorney is expected to ask that it be delayed to prepare for a defense against capital punishment. His next court dates include a March 20 hearing in San Diego federal court, and an April 17 status conference in state court.

In addition to the state's case, the shooter faces more than 100 hate crime-related counts filed by the U.S. Attorney's Office and could also face the death penalty in the federal case.

"Speaking with the victims, considering all the evidence, all the people impacted by this crime,  and ultimately the District Attorney  made the decision  to seek the death penalty," Assistant District Attorney Leonard Trinh said.

"If the jury finds Mr Earnest guilty of the murder of Lori Kaye and the special circumstance attached to that murder, then we move to the penalty phase," Trinh added.

The Cal State San Marcos student is accused of carrying out the shooting on the last day of Passover, fatally wounding 60-year-old Lori Gilbert Kaye, who was shot twice in the synagogue's foyer. Kaye, a longtime member of Chabad of Poway, was at the temple with her husband and daughter to honor her mother, who had recently died.

During a September preliminary hearing, the court heard a recording of a 911 call the shooter made minutes after allegedly fleeing the scene of the synagogue shooting. On the call, he tells a dispatcher he committed the shooting because Jewish people were destroying the white race.

"They're destroying our people. I'm trying to show them that we're not going to go down without a fight," the shooter is heard saying on the recording. "... I'm defending my nation against the Jewish people, who are trying to destroy all white people."

According to testimony, a receipt found in the shooter's car showed he purchased the rifle at San Diego Guns on April 13, the same day a California Fish and Wildlife card found in his bedroom showed he completed a hunting program, qualifying him for a hunting license.

However, the license -- which would allow someone in California under 21 to purchase a gun -- was not valid until July 1. A bill that would require the Department of Justice and retailers to determine the validity of hunting licenses for people younger than 21 during a 10-day waiting period was introduced earlier this year.

The shooter allegedly admitted to both the shooting and the mosque fire in an online open letter in which he espoused flagrant anti-Semitic sentiments and a need to protect the "European race."

In the "open letter" that authorities say he posted online shortly before the shooting, the writer said he spent four weeks planning the attack, citing his "disgust" for Jews and a desire to kill them and expressed admiration for the Australian white nationalist who attacked two mosques in Christchurch, New Zealand, in March, killing 50 people.

Surveillance footage allegedly captured a suspect arriving at the mosque in the same type of vehicle in which the shooter was captured on the day of the synagogue shooting.

RELATED: Community unites to heal from Chabad of Poway attack