According to officials, all of the dogs seized at the locations were small breed dogs with a majority being long and short haired Chihuahuas. 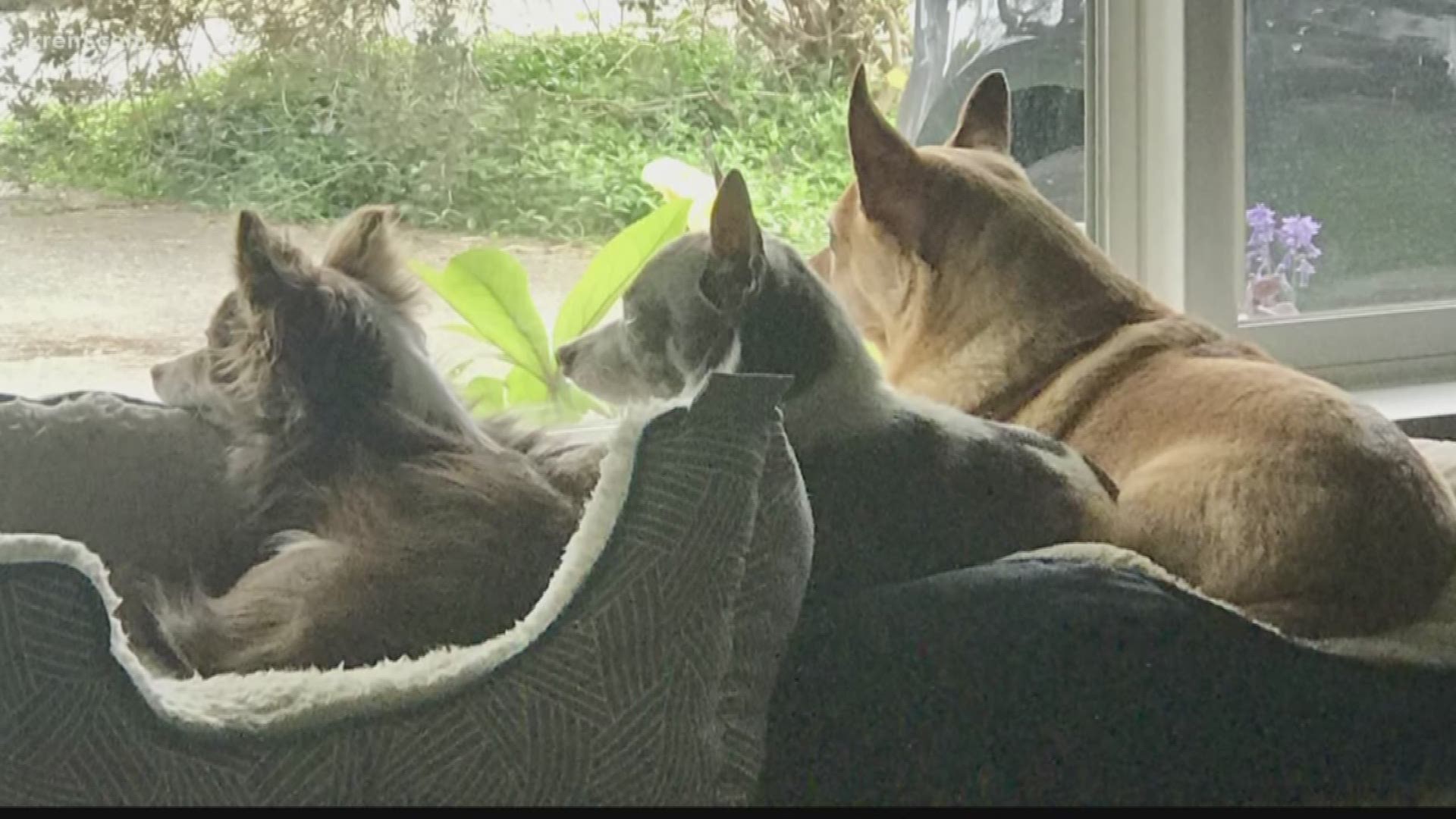 Last September, the Stevens County Sheriff's Office reported that it had seized more than 250 dogs from homes near Ford and the Suncrest area of Nine Mile Falls. According to officials, all of the dogs seized at the locations were small breed dogs with a majority being long and short haired Chihuahuas.

Reports at the time of the busts said that the dogs were living in poor, dirty conditions. One of the rescued dogs was near death.

Following the seizure, the dogs were sent to various animal rescues and shelters across the state.

Pasado's Safe Haven, an animal rescue group based in Snohomish County, received 51 of the rescued dogs. Wendy Ogunsemore, the group's communications director, told KREM that all of the dogs have since been adopted.

According to Ogunsemore, animals rescued in cases involving neglect are typically not adopted out to agencies located in the same county where they were rescued in the interest of the animals' safety.

Locally, authorities had directed people interested in adopting some of the rescued dogs to shelters in Walla Walla and Kennewick. The Benton-Franklin Humane Society, in Kennewick, told KREM that the roughly dozen dogs they received from the mill busts have since been adopted. A phone call seeking comment from the Blue Mountain Humane Society in Walla Walla was not returned.

Ogunsemore said that a majority of the dogs ended up in shelters in Western Washington. She listed six additional shelters and humane societies that had received dogs.

Linda Wright, a supporter of Pasado's Safe Haven, adopted one of the rescued Chihuahuas and is fostering another.

"It's terrible that people use animals for profit like that. And they're just left in such terrible conditions," said Wright when she had learned of the alleged neglect last fall. "I was just horrified, obviously. And angry."

After Pasado's received the dogs in October, Wright said, she quickly went to the rescue to pick one up. "I grabbed my girlfriend and said, 'Let's go look at all these dogs!'" she said.

Wright would eventually adopt Frida, a female long-haired Chihuahua and is currently fostering Miles, a male short-haired Chihuahua. They joined Wright's existing dog, Diego, at her home in Snohomish.

"I think they all deserve to be treated the same as we all want to be treated. And unfortunately, it doesn't happen all the time," Wright said.

Meanwhile, four of the suspects charged in relation to the illegal breeding operations have jury trials scheduled for later this summer.

Ogunsemore said that the dogs Pasado's received were very scared at first and in need of socialization.

"They really have shown Miles how to be a dog," said Wright, of Diego and Frida's interactions with the dog. "Because he didn't know how to be a dog. He had been in a cage for basically three years of his life."

RELATED: Hundreds of dogs can be adopted soon after illegal puppy mill bust in Stevens Co.