The protest was successful for the neighbors as the City announced they will hold off cutting down the palm trees until further notice. 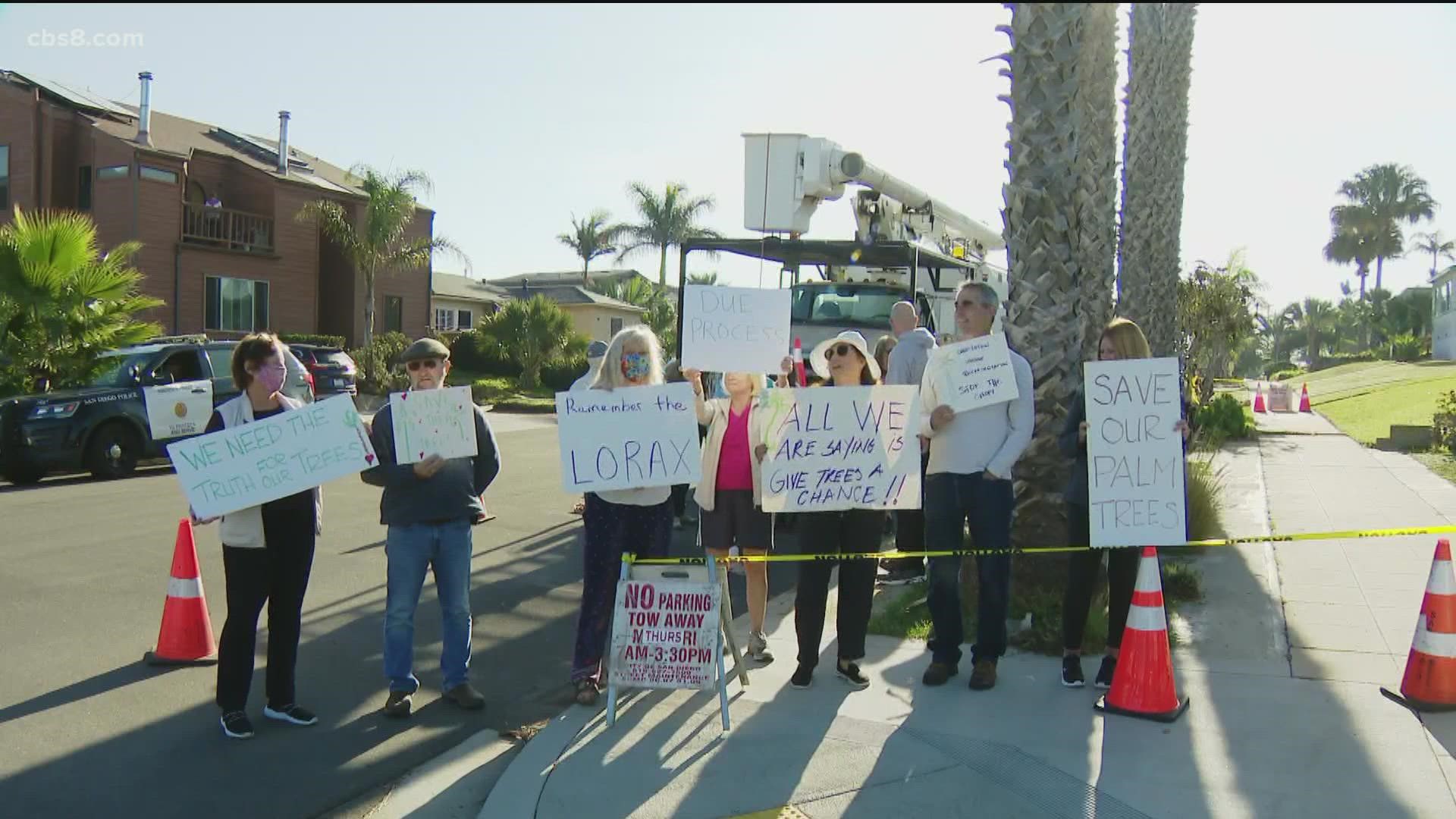 SAN DIEGO — Neighbors in Sunset Cliffs came out Thursday to protest against the removal of multiple palm trees that were set to be cut down.

The protest was successful for the neighbors temporarily as the City announced they will hold off cutting down the palm trees until further notice. A spokesperson for the city said, “There will be no tree removal today. The City is working with the Airport Authority on the next step and how to respond to community concerns."

Authorities say the issue with the trees has to do with their height and the airport’s flight path. Neighbors said that excuse didn’t make sense to them, so they sprang into action.

Sunset Cliffs resident, Rebecca Erickson told News 8 that the trees are home to numerous birds and that her grandkids use them as a home base when they are playing outside. “It’s like a gut punch, and it is right in front of their house. It is something you wake up to every morning and you see every night. But you also watched the whole bird community, the life. Kids play on them, my grandson said, ‘make sure they know we play on that tree.’ That tree is our home base,” said Erickson.

News 8 reached out to the San Diego Airport Authority who released a statement which read:

"The San Diego County Regional Airport Authority is responsible for operations at San Diego International Airport (SAN) and is required by the Federal Aviation Administration (FAA) and California Public Utilities Code Section 21659(a) to proactively mitigate and prevent future effects on airport operations by ensuring vegetation does not block or impair instrument or visual operations at the airport.

The purpose of topping off or removing the identified palm trees is to ensure the safety of the community and the flying public as planes approach San Diego International Airport. During inclement weather situations where visibility is impacted, the FAA re-routes aircraft to approach SAN from the west. The City of San Diego-owned palm trees located in the public right-of-way adjacent to the neighboring homes exceeds or will soon exceed acceptable elevations under federal standards, intruding into the airspace that surrounds the airport."

This isn’t the first time San Diegans have protested trees being cut down. In March 2021, Kensington residents protested the cutting down of a 100-year-old pepper tree. That particular tree was cut down due to what the city called “significant defect and decay.”

Editors note: This story initially stated that "neighbors in Sunset Cliffs got into a heated exchange with police and an arborist" which was not confirmed. We regret the error.