Front line workers in grocery stores have played an essential role in helping communities survive during the pandemic. 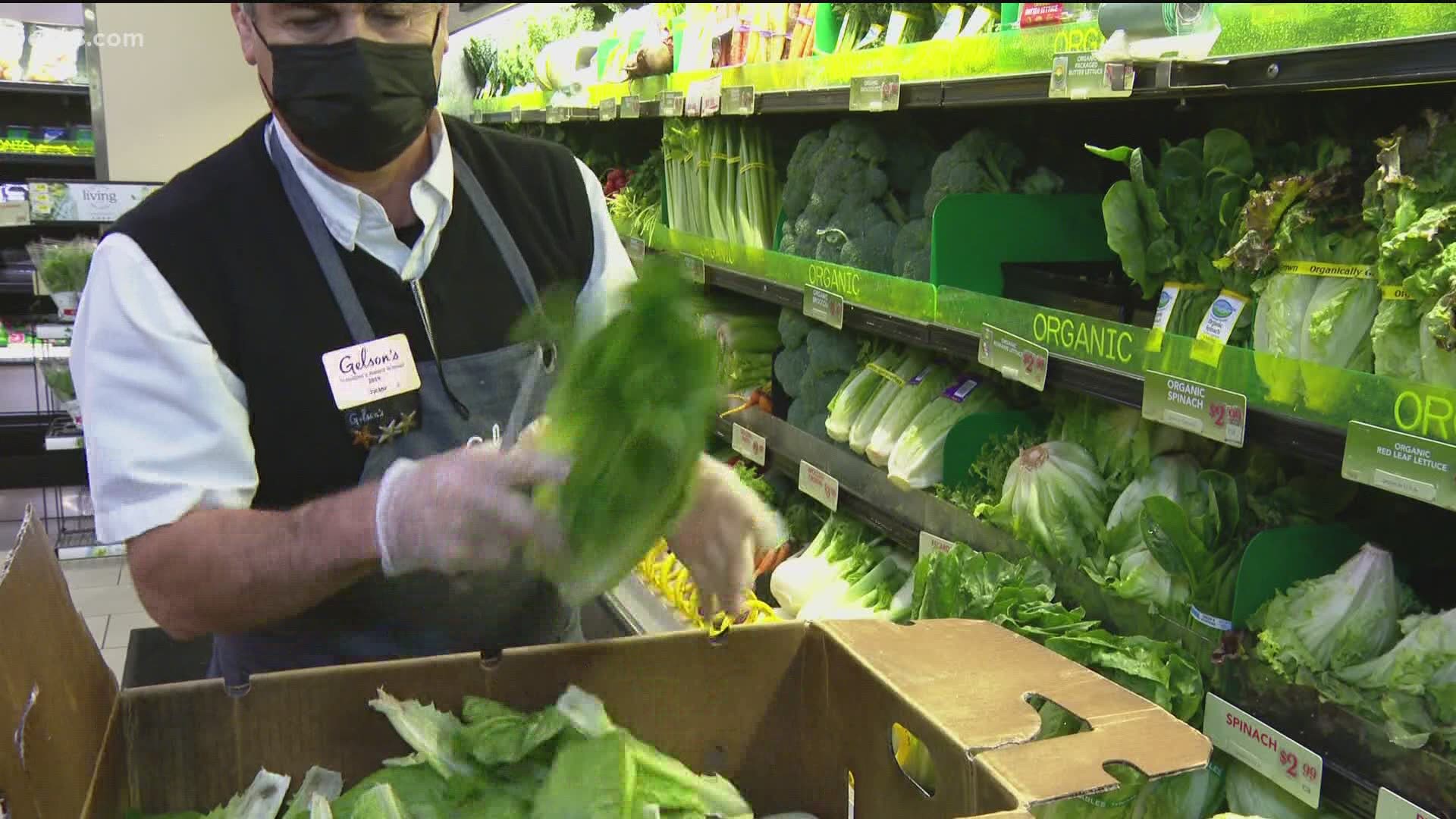 SAN DIEGO — The Food Industry Association has proclaimed February 22 as Super Market Employee Day for the more than 40,000 stores across the country that sell food and grocery items. This comes after some retailers have been criticized for paying front line workers in retail low wages especially during the pandemic.

Everyone knows just how chaotic it was at grocery stores when the pandemic first began and it’s front line workers like those at Gelson's Markets that helped us all get through it.

Front line workers in grocery stores have played an essential role in helping communities survive during the pandemic. Gelson's employees say they’ve felt the love and appreciation from customers and their company.

“We got gift cards for Christmas, we got t-shirts showing how many years we’ve had with Gelson's, we got lunches. So, they’ve done a lot of good things for us,” said Donna Gallegos, a Gelson's employee for the last five years.

Gelson's says showing their employees appreciation and making sure that they too are surviving financially and physically during the pandemic is the company’s top priority. Other companies are also acknowledging the importance of keeping good workers in retail. Walmart recently announced that over half of its employees, that’s 730,000 people, will soon make at least $15 an hour.

One Gelson's customer said that most people just didn’t know how much work goes into keeping food and necessities readily available.

“These people still had to wake up every day, commute, be here and exposed to a lot of people to help everybody basically. They had no choice, they couldn’t stay home so maybe in the minds of people, now they recognize more how essential they are,” said Daniel, a Gelson's customer for the last 12 years.

Gelson's has three locations in the San Diego area: Pacific Beach, Del Mar and Carlsbad. Customers were invited to stop by the stores today to congratulate the staff and use the hashtag #SuperMarketEmployeeDay or #SuperMarketHeroes on social media.